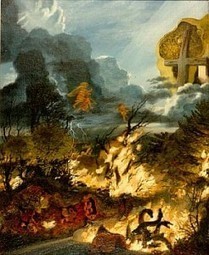 End of Days. Ragnarok. Armageddon. We have heard all of these terms before. These are the terms used throughout the generations to describe the end of the world.

Men and women have been prophesying about the end since the beginning. Each “prophecy” claims a new era will be ushered in through massive change and, usually, massive loss of human life.

The newest theory is the 2012 theory. This theory states that the world will end or, at the very least, drastically change on December 21, 2012. The end of the world in 2012 theory is based on the 5,125-year-long cycle in the Mayan Long Count calendar.

The calendar, widely used on Mayan and other Mesoamerican monuments, uses a modified base-20 count to identify a single day by counting the total number of days that has passed since the creation. This creation is given in detail in the Mayan book Popol Vuh.

However, this end-of-the-world in 2012 theory is not detailed anywhere on the Mayan Long Count or in the Popol Vuh. The “end” referred to in these Mayan writings simply mark the end of one count and the beginning of another.

The end of the world theory derived from these is actually a modern interpretation. However, this modern interpretation has split into to factions. One faction interprets the “end” as new era where the world and the beings living in it will experience a change equivalent to a new enlightenment. The other faction is not so optimistic. It is this faction that receives all the media hype with its tales of global destruction and mass human extinction.

Who’s right? Well, mainstream science and most Mayan scholars agree: neither. Mainstream science actually views the theories that the Mayan Long Count will usher in a world ending cataclysm are contradicted by simple scientific observations.

Mainstream Mayan Historians view theories as a gross misunderstanding of Mayan history and culture. Mayan writing and documents are very hard to come by and the ones that are available do not shed much light on the subject.

Neither science nor Mayan history seems to view December 21, 2012 any more significant than December 20 or December 23.

The only significance that December 21, 2012 holds is that it marks the date of the winter solstice. On this day, the shortest day, longest night, and the sun’s daily maximum position in the sky is at its lowest can be observed. It could be possible that this was a day of celebration for the ancient Mayans. The winter solstice is a day of celebration for many cultures (ancient and modern) around the world. However, there is no such celebration in present day Mayan culture, and modern-day Mayans do not view the day as significant in any way.

Modern day scientists and scholars say that the end-of-the-world in 2012 theory is nothing more than a sensationalized rumor created to sell books, newspapers, and television ads. Believers of the 2012 theory argue that science has been wrong before and December 21, 2012 will throw the Earth and its inhabitants in a period of change and destruction.

Who should we believe? Should we go on about our daily lives? Should prepare for the end? With all of the contradictions and hype, what is the average human being to do?