More than the official four in this house. We tried. For a long time.

With Cherrie’s computer, then with my computer  but it just wouldn’t connect. That the  modem is kind of old and kind of slow and high-speed is rather faster than the equipment can handle may have something to do with it, but whatever the reason, it isn’t happening. I will rejoin this show in progress tomorrow. Please stay tuned!

I was doing okay until Garry came back from the pharmacy having paid more than $250 in copays for prescriptions I hadn’t authorized. He assumed I knew those prescriptions were waiting and did what any good husband would do: he paid for them and brought them home. I had no idea they were there at all, so I assumed the pharmacy had taken it upon themselves to renew them without my asking them to do so.

Then I figured the doctors’ offices must have called them in … but three different offices were involved, which was confusing. The pharmacy was sure I’d done  it. I assumed they’d done it because the doctors all said they hadn’t done it. Eventually after a lot of accusations which began to sound a lot like “Yo mama wears combat boots!” it turned out the insurance company did it. They were doing me a favor, bypassing the usual prior authorization process and called the refills into the pharmacy. I wish they’d told me.

“Oh,” agreed the my doctor’s assistant.

Thing is, I’m sure they thought they were doing me a favor. I only wish someone had told me what was going on because I didn’t actually have $250 for prescriptions and would have picked them up in as money came available rather than emptying out my bank account in one quick move.

And then the pharmacy said they could give me the drugs I need for $26 as opposed to the $76 copay my insurance company wants and I discovered a friend has a drug company connection that may enable me to get the other really expensive prescription I need at wholesale prices so maybe I won’t die after all.

Sometime during this brouhaha, I realized I’d passed the 40,000 (41,356 but the day isn’t over) hit mark and may hit 42,000 next week. This could probably be considered success, especially since I’ve really only been blogging regularly since last June. I’ve posted 818 times, about 30% of which have been reblogs, so my own posts are probably around 550 or so. I’ve gotten 4,202 comments, but probably half of these are my responses to other peoples’ comments. So let’ call it 2150 give or take a few.

I’ve got 218 followers, 190 on WordPress and the rest on Twitter, an unknown number on Bloggers and Pinterest (WordPress doesn’t collect those statistics). My biggest day was November 9, 2012 when I got 1049 hits and otherwise, I average around 200 hits per day (not counting followers).

Am I successful? It’s not the numbers that define success. What makes me feel succesful is that some of my followers are authors who I greatly admire. Getting a thank you from an author whose books I love for a review I’ve written makes me hyperventilate.

Discovering I have a really famous basketball player who follows me, four or five authors whose books I read plus a variety of politicians (which means maybe something I say gets heard by someone who can make things change) … that’s pretty close to my definition of success. I have other photographers following me, as I follow them.

I admire artists, writers, photographers. I admire people who are dedicated to making the world a better place and am flattered that some of these people take the time to read my posts.

I think, in the end, success is when you feel that you are doing your best and people appreciate your work. By my own standards, I’m surprisingly successful. I haven’t made the earth shake, but I’ve made a difference. I haven’t saved the world, but maybe I’ve helped make the world a bit more civilized, more literate. Maybe I’ve told some stories that needed telling, fought a few battles that were worth fighting. Told people about books that deserved some publicity and a wider audience. Maybe I’ve been able to help a few artists find their place in the cyber world.

I love blogging. I love writing and taking pictures. I absolutely adore knowing I finally have an audience. People actually read my stuff, look at my pictures. That means, I guess, I’m a success … at least to myself and I suspect that I am the only one I really have to please. If I make others happy, that’s wonderful … but if I live up to my own standards, then I am well and truly pleased. 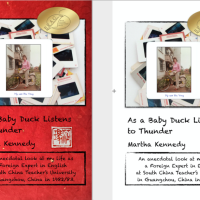 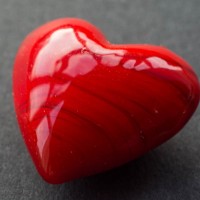 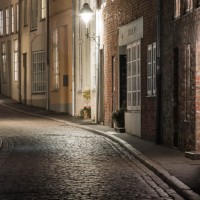 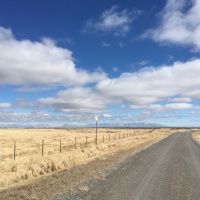 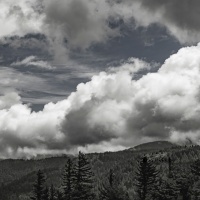 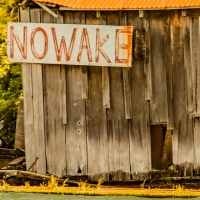