When I was first married we lived in an apartment on the second floor of a building that was one of two identical brick buildings. We lived in apartment 2Q, at the far end of the hallway … a corner apartment which had better ventilation than apartments in the middle.

I didn’t drive yet.

One day, having taken the bus home from shopping, I went in through the front and proceeded all the way down the hall to our apartment. As I started to put my key in the door, I realized that there was a nameplate on the door. It said “2Q, Kincaid.”

Not my name. Right apartment, but not mine. Hmm.

I took a deep breath, walked back to the elevator then went back to the apartment. It still said “Kincaid.”

I immediately realized what had happened. I had slipped through into a parallel universe, another dimension. I didn’t exist. I’d been replaced by someone named Kincaid. It took me a while,  standing there and staring at the door before it occurred to me that I was in the wrong building. It was a simple enough mistake: the two building were identical and I just hadn’t been paying attention.

What’s interesting is not that I went into the wrong building but that I immediately assumed I’d slipped into my own personal Twilight Zone. The building on Front Street in Hempstead is student housing now, but it was a private apartment rental building back then.

Would most people, finding themselves in such a situation jump to the conclusion that they’d slipped into a parallel universe? Or would think they had maybe walked into the wrong building?

What would YOU think?

I sometimes wonder if a lot of my ability to get through a variety of bizarre and scary situations was because I didn’t relate to life as real but rather as if life — MY life — was a long book in which I was the main character. It was the narrator‘s fault.

From when I was perhaps 4 or 5 years old until a few years ago, I lived life in the third person. I had a narrator. She sat on my shoulder and told my story. She added “he said” and “she said” and provided full descriptions of people, places, and events as they were happening. She flushed out experiences by providing context and commentary. She’d always been there, or at least as far as I could remember so it seemed normal to me, though distracting.

This was nothing like “hearing voices.” The narrator was not independent. She WAS me. She didn’t talk to me but about me. She wrote me. She was a mini-me, perched on my shoulder, always watching, then instantly translating everything into a third person narrative. I was detached but watchful. I saw everything and remembered everything, especially what everyone said and exactly how they said it. I was almost never fully engaged, but I was an excellent witness.

Does — or did — everyone have a narrator at least sometimes, or it was only me? I’ve always wondered if it was something to do with being a writer.

A few years ago, I realized my narrator was gone. Did she slip away a little at a time or suddenly depart without so much as a note of farewell? I wonder why she left, why she was there in the first place. Gone as inexplicably as she’d arrived.

By the time I sat down and wrote a novel, she had been gone a while, though that was when I noticed her absence. 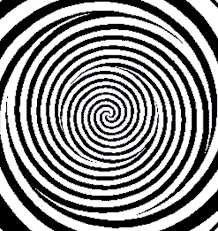 No longer perched on my shoulder, I’m totally in my life now, down and dirty. Without a narrator to tell my life story, I find I am much more surprised by experiences. I have lost the ability to detach. Life hurts more without a narrator.  I’m more real and I’m not the main character in a saga … just another confused soul on the road from wherever to someplace else.