I originally read this book more than 30 years ago. It wasn’t a new book even then, but it was new for me. Unlike so many other books I read and forgot, it stuck in my mind and I remember it with a clarity that is remarkable considering how many thousands of books I have read since. Earth Abides stays bright and shiny in my mind.

I have heard the book referred to as “the original disaster” story, but that misses the point. It isn’t a disaster story, original or otherwise. It is, as the title suggests, a book of renewal and hope. Although events are set in motion by a disaster, a plague that kills off most of Earth’s human population, that is only the trigger. Some few people are naturally immune and anyone who was ever bitten by a poisonous snake and survived also is immune.

These remnants of humanity eventually find each one another. They form groups that grow into tribes. They grow and thrive. Ultimately, they repopulate the earth, creating a new society that contains bits and pieces of what went before, but redesigned in a new and hopefully better way.

The book was re-released in a 60th anniversary edition a few years ago, including an audio version with an introduction by Connie Willis.

I cannot count the number of copies of this book I have owned. I love it so much I buy copies of it, give it to people I think will love the story. The books are given theoretically on loan, but never has one of them been returned, so I buy another copy. I should get a volume discount.

The book is a bit preachy, but no  more so than many other popular books. It doesn’t bother me. George Stewart is a lot less preachy than Anne Rice  and he has better points to make and moreover, I agree with him.

Things we accept without a second thought today were revolutionary 63 years ago. When the book was first published both interracial relationships and rejection of formal religion were generally not accepted when the book was published. Attitudes have changed — more some places than others — there’s still more than enough racism, religious fanaticism and hatred to go around.

I’ve seen comments about how out of date the technology is. In fact, it doesn’t matter, not one little bit.

Our current technology has moved on considerably but regardless of  how advanced it’s gotten, any technology is insupportable on a depopulated earth. It makes no difference what had or had not been invented. It would be useless in any case. You can’t drive cars without gasoline and you can’t keep the pumps working without electricity. You can’t use telephones when there is no service. Our satellites might continue to circle the earth, but without signals, how would it matter? No batteries, no power? It’s all over when the power is gone and that, as the book shows, is at best a few years for even the most basic infrastructure. After that, we are back to a pre-technical world. Not a pre-industrial world. Industry existed before electricity: wind, water, sun … and the Earth itself continue.

Ish and Emma are the “mother” and “father” of the new tribe. Ish, in Hebrew, means “man” and “Eema” means “mother” which I am sure is not coincidental. It’s a wonderful story that suggests the human race has the capacity to not only survive, but reinvent civilization and created a better society. If you haven’t read this book, read it. It’s available in print and on Audible with a fine narrator. I cannot recommend it too highly.

Earth Abides is timeless. As is the Earth itself.

I discovered today there is an entire site dedicated to George R. Stewart — The EARTH ABIDES Project — by a man who knew him and has written his biography. The site contains pictures and other memorabilia. If you are a fan, this is a gift for us all.

This comment could not be transferred, so I have included it as part of the re-run of my original review.

Nice post about Earth Abides, and you found one of the easter eggs in Stewart’s book. But the photo (Note: I deleted the photo to which he is referring — MA)  is NOT of George R. Stewart. If you visit my blog —http://georgerstewart.wordpress.com — and follow the menu link at the top to the George R. Stewart web pages, you’ll see a photo of GRS. (I knew him, and have recently had a bio of GRS published.) You’re certainly right about Earth Abides — and you’re not the only one who feels that way. NASA’s Dr. Jim Burke, composer Philip Aaberg, Jimi Hendrix, Stephen King, Kim Stanley Robinson, Walt Disney — all were inspired by Stewart’s work or directly by EA. So thanks for the post. Cheers, DMS. 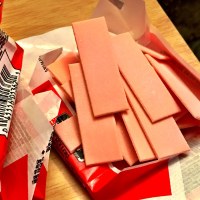 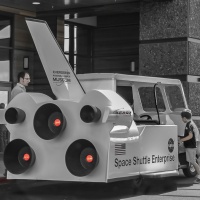 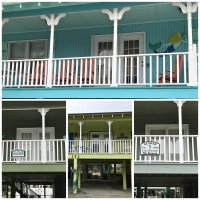 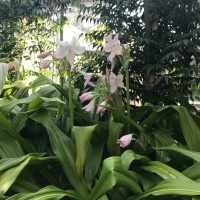 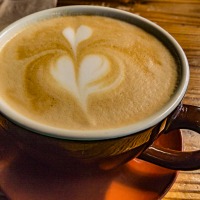