The 20 Best Paranormal Fantasy Novels of the Last Decade 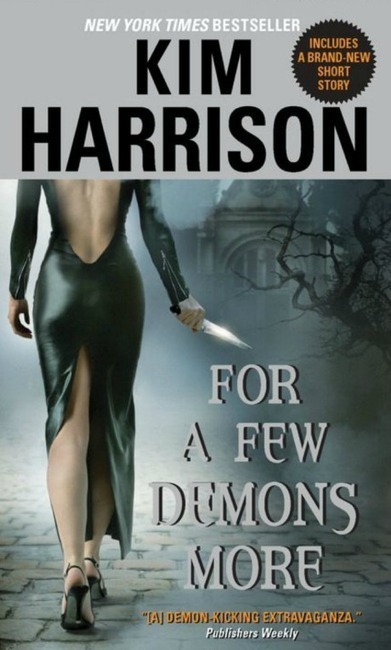 We are in the midst of a glorious Golden Age of paranormal fantasy—the last ten years, specifically, in genre fiction have been nothing short of landscape-changing. The days of rigidly defined categories (romance, fantasy, horror, etc.) are long gone. Today, genre-blending novels reign supreme: narratives with virtually limitless potential that freely utilize elements of fantasy, romance, mystery, horror, and science fiction.

I’ve been asked to compile a list of the best paranormal fantasy novels of the last decade (2003–2013): a virtually impossible task, considering how many iconic series and authors have risen to prominence during that period—Laurell K. Hamilton, Jim Butcher, Kim Harrison, Patricia Briggs, Richard Kadrey, Kat Richardson, Stacia Kane, Nicole Peeler, and Jaye Wells, to name just a few.

I did a comparable list back in 2009 and, while researching this post, I realized how radically paranormal fantasy has evolved in just a few short years. The list below includes 20 novels that are not only extraordinarily good, but have also dramatically influenced—and continue to influence—the course of the genre.

20. The Nymphos of Rocky Flats, by Mario Acevedo (2006)
This is the first book in Acevedo’s Felix Gomez saga, a series that went a long way toward redefining the genre when it was released in ‘06. And talk about great opening lines: “I don’t like what Operation Iraqi Freedom has done to me. I went to the war a soldier; I came back a vampire…”

18. No Hero, by Jonathan Wood (2011)
This sadly underrated début is one of the most audacious novels I’ve ever read. The novel’s main character, Oxford police detective Arthur Wallace, is obsessed with Kurt Russell. Throw in conjoined triples, an antisocial ninja assassin, prophesying twin girls who live in a pool with octopi, battery-licking sorcerers, grimoires hidden in Peruvian temples, killer cats, and more tentacled monstrosities than you can shake a sword at, and you have an unforgettable read!

17. Rosemary and Rue, by Seanan McGuire (2009)
The first book in McGuire’s October Daye saga, this series is an utterly readable fusion of dark fantasy, mythology, and hard-boiled mystery. It’s a profoundly deep series that is at times filled with starkness and existential angst and at others with breathtaking images of magic and beauty.

16. Moon Called, by Patricia Briggs (2006)
The first Mercy Thompson novel, this series has experienced a few ups and downs in the last few installments, but for my money, Moon Called has to be on this list. A sexy, tattooed shape-shifting auto mechanic, Mercy is arguably one of the most memorable paranormal fantasy heroines ever created.

15. Already Dead, by Charlie Huston (2005)
Huston’s first novel featuring vampire Joe Pitt, this series expanded the boundaries of paranormal fantasy. In my review, I described this novel as “a savage and sardonic novel that blends blood-sucking fantasy and horror elements with the hard-boiled style of noir thrillers.”

14. And Falling, Fly, by Skyler White (2010)
White’s debut novel was an intensely passionate, sublimely poetic, soul-rending work of art. The entire novel—which revolves around the relationship between a vampiric fallen angel named Olivia and Dominic, a neuroscientist with a “bizarre” affliction—reads like dark ethereal poetry. Unforgettable.

13. Four and Twenty Blackbirds, by Cherie Priest (2005)
Priest’s debut and the first of her Eden Moore novels, this haunting and poetic read marked the fledgling steps of a writer who has become one of the most innovative—and significant—figures in genre fiction. This novel and its two sequels are vastly underrated.

12. Blue-Blooded Vamp, by Jaye Wells (2012)
The concluding volume of Wells’s stellar Sabina Kane saga, this is how you end a series! This novel is chock full of shocking plot twists and bombshell revelations. I’ve said it before and I’ll say it again: this series will go down as one of the best paranormal fantasy sagas of all time. It’s that good.

11. The Taken, by Vicki Pettersson (2012)
This was just an amazing read. From my review: “This novel transcends genre categorization—yes, paranormal fantasy readers will LOVE this novel but so too will hardcore mystery and romance fans and, most importantly of all, mainstream fiction fans. This is Vicki Pettersson’s coming out party—and we’re all invited.”

10. A Rush of Wings, by Adrian Phoenix (2008)
Phoenix’s debut novel—and first installment of The Maker’s Song saga—is one of the edgiest series out there. I mean, c’mon! How can you go wrong with a duo that includes an undead rock star and a sexy FBI agent? A hugely under-appreciated series.

9. Dead to the World, by Charlaine Harris (2004)
The fourth book in Harris’s Sookie Stackhouse series, this is when the series really got good for me. You can say what you want about the HBO series True Blood but, regardless, this is an iconic series featuring an iconic heroine.

8. Tempest Rising, by Nicole Peeler (2009)
The beginning of one of the most beloved paranormal fantasy series on the shelves, the novels are powered by selkie-halfling heroine Jane True, who is in many ways the antithesis of the conventional paranormal fantasy heroine. She’s short, not exactly athletic, socially awkward, works in a bookstore, and instead of wearing stiletto heels and leather miniskirts, Jane rocks comfortable jeans and purple Converse. I love this series!

7. Cerulean Sins by Laurell K. Hamilton (2003)
LKH’s Anita Blake saga is easily the most divisive saga on the shelves. This long-running—and historically significant—series has had its ups and downs over the years, but a high point for me was Cerulean Sins, still my favorite book in the series.

6. Greywalker by Kat Richardson (2006)
Richardson’s debut novel and beginning of her Greywalker saga, one of my all-time favorite series. Featuring Seattle-based private investigator Harper Blaine, who can see into the realm of the dead, these novels are exceptionally written and almost flawless in their execution. Classy and classic, this is one series that will stand the test of time.

5. Blood Blade by Marcus Pelegrimas (2009)
The Skinners novels read like a cool, supernatural-powered video game—nonstop action, ghastly monsters, unique weapons, intriguing and well-developed protagonists, and plot twists around every turn. But the series is so much more than that. It’s a highly addictive blend of splatterific horror, dark fantasy, mystery, supernatural thriller, and sardonic social commentary. I’ve called Pelegrimas “the Bram Stoker of the 21stCentury” for good reason.

4. Unholy Ghosts by Stacia Kane (2010)
The first novel in Kane’s Downside saga, this is the most socially significant fantasy saga I’ve ever read. From my review: “Never before in paranormal fantasy have I read a series that features the combination of grand-scale world building, labyrinthine mystery, superb character development, and social relevance. Stacia Kane’s Downside saga is taking paranormal fantasy to another level…”

3. Dead Beat by Jim Butcher (2005)
Butcher’s Dead Beat—the seventh installment in his Dresden Files—was a blockbuster book when it was first released. Not only was it the first Dresden Files novel to be released in hardcover, it was a clear indication of just how much the series had expanded to embrace mainstream fiction readers. The first printing sold out in a just few days! The commercial success of the Dresden Files paved the way for countless other noteworthy protagonists, including Charlie Huston’s Joe Pitt and Mario Acevedo’s Felix Gomez.

1. For a Few Demons More, by Kim Harrison (2007)
The fifth installment of Harrison’s phenomenally popular Hollows saga featuring endearing gray witch Rachel Morgan and company, this novel was the first hardcover release in the series and, at least for me, heralded its ascension to élite series status. With only two novels to go until the series concludes, there is no doubt in my mind that the Hollows saga will go down as arguably the very best paranormal fantasy series ever written.

What are your favorite paranormal fantasies?

Don’t Miss any of these, but especially Jim Butcher’s Harry Dresden series and my absolute all-time favorite, Kim Harrison’s Hollows series. It is wonderful.