I have  been many things to many people over the years, but this is the first and second time I’ve been awesome much less epically awesome. Yet last week, I got not one, but two Epically Awesome Awards of Epic Awesomeness!

First, Natasha over at Films and Things honored me and before I had a chance to catch my breath, Mike at Mikes Film Talk gifted me with this amazing award again. I’m trying very hard to not have an epic and possibly fatal attack of ego bloat.

Natasha has a wonderful, creative blog. A young woman who thinks for herself and has more enthusiasm in one post than I can dig up in a month. If you like movies and even if you aren’t all that into film but just enjoy good writing and unique idea, take a look at her site.

Now about Mike. I’ve given him so many awards and he has given so many to me, too that we form a little mutual admiration society. I know his URL without looking it up. I think I know it better than I know my own. Despite the site’s title, it’s about life, the universe and everything … movies too. It’s a great writer, whether he’s being witty or serious. Smart, hyper-literate, his site has something for everyone from healthy recipes to fiction.

Please visit their sites. You will not regret it, I promise you.

Almost all awards in the blogging universe come with rules. Not so onerous, but still requiring a little effort, some thought, perhaps a bit of planning. Not an entirely bad thing, especially for someone like me who has a lot of trouble with the whole “following rules” thing. When I was a kid, I was a little bit rebellious. As a senior citizen, I don’t take crap from anyone. It’s an old person thing. You don’t get a lot of bennies in the mis-named golden years, but one of them is doing it your own way. So every once in a while it’s not a bad thing for me to recognize the legitimacy of a few rules and agree to follow them. If I can do it, so can you.

Awards are supposed to be fun, not punishment … and regardless of every other consideration, it means one or more of your peers thinks enough of you to honor you. It also helps to build bonds between us even though we may live oceans apart. In the end, it’s not just about what you write or the pictures you post. It’s also about spreading a certain kind of camaraderie. We aren’t in competition. We are in this world together and if we work together, maybe we can make it a better one. We aren’t going to right all the wrongs, but maybe we can make life more interesting, pleasant and fun. And we can be nice to each other. That’s epically awesome all by itself.

Now, about those rules:

Oh shut up. I need to occasionally climb on my soapbox and wax eloquent. Or something like that.

And now for my 10 Epic and Awesome nominees!

Tyson Carter over at Head in a Vice who manages to be the Johnny Carson of bloggers, turning a website into a forum and a collaborative effort across oceans and mediums.

Isaacs Picture Conclusion who describes his site as honest reviews from an honest guy (who doesn’t take things too seriously), which pretty much says it. It’s a pleasure reading his writeups.

JCAlberta at My Favorite Westerns. He does beautiful graphics and nostalgic posts about MY favorite westerns.

Rich Paschall whose Sunday Night Blog is a weekly dose of erudition and honesty. Beautiful writing and frequently reblogged by me!

My Beautiful Things – Finding the Beautiful in the Everyday. And she does. She finds beauty in all the things that surround all of us in our daily life and shows us how beautiful they are.

Vastly Curious posts one extraordinary image every day, pictures that aren’t just things. They are moods and mysteries.

Hot Rod Cowgirl doesn’t post every day but every post is beautiful, memorable, full of the joy of her life and the land she loves.

Rarasaur is funny, sad, poignant, hilarious, weird, outrageous and absolutely unique. Try her. You’ll like her.

Rumpy Dog – I’m cute. I’m funny. And I’m making a difference for animals. And she is. Every day. She makes me laugh, makes me cry, makes me glad to cuddle up with my furry kids. She does make a difference.

There are others to whom I would happily give this award but either they are dealing with LIFE in capital letters and there will be other awards to confer when life is less crazy. And other friends recently gifted or who do not like awards

So go check these bloggers out and the folks who nominated me as well, they’re all EPIC AND AWESOME! And now, so am I!

P.S. You might also want to notify your fellow bloggers that you’ve nominated them. I almost forgot that part 😉 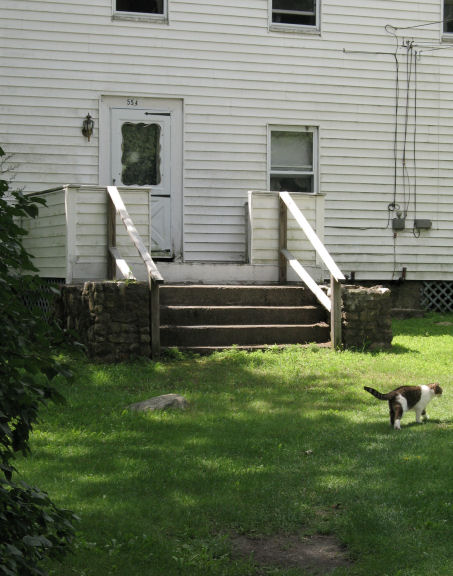