See on Scoop.it – In and About the News – Sunday Night Blog – Richard Paschall 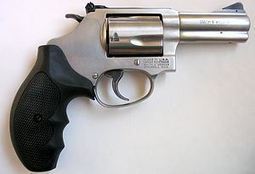 Despite news stories that would suggest the opposite, Chicago Mayor Rahm Emanuel and Police Superintendent Garry McCarthy are fond of pointing out that the city has endured less shootings than in recent years.  If that is truly the case, then the shootings in past years was under reported by local media.  You can believe that they are all over it now. Local news in most big cities follow the mantra, “If it bleeds, it leads,” and shootings have become the lead stories all too often in the Windy City and around America. Chicago has become the topic of national newscasts and unfortunate late night talk show jokes.

Mayor Emanuel and his predecessor, long time mayor Rich Daley, have worked hard to get guns off the streets and out of the hands of criminals.  They worked to restrict gun sales, limit concealed carry and ban guns at certain locations.  In light of gun violence, it seems logical that city leaders would lead the charge to get guns out of the hands of the type of people who would shoot up a city park.  Unfortunately their efforts have met the fight to let criminals have their guns.  “Who would be against the efforts of our elected officials to make the city streets safer?” you may ask.  Is it just the gangs?  Are the gangs using their drug profits to oppose the city in court?  Is it the Mafia and their high-priced attorneys?  Is it some Tea Party extremist?  No, it is none of those although the last might be close.  It is the National Rifle Association that is working hard to let criminals have guns and keep violence on main street America.  They have money.  They have lawyers and they like taking Chicago to court.

Yes, one of the roadblocks to taking guns away from criminals is the NRA.  They will now point to recent shootings as proof that we can not have gun control.  They will again try to force feed us the argument that gun control will mean that only criminals will have guns  and we will all be at their mercy, as if we are not now.  The NRA will use their usual scare tactics to defend their extreme position that actually allows criminals to get more and more guns.  They will then attempt to sell us on the idea that all of those guns in the hands of criminals means we can not have gun control laws.  Somehow they seem to think that arming the bad guys is proof that the good guys should not have to face any sort of restrictions on buying guns.  If you think this philosophy is a bit twisted, you are right (or perhaps I meant left).

The “slippery slope” argument is at the top of the NRA’s philosophy about gun control laws.  They seem to think that if there are any restrictions to buying guns, soon there will be more and more restrictions to follow and eventually  all the good guys will have to give up their guns to the federal, state and local governments.  It does not matter that this argument make no sense and the Second Amendment will protect them.  They continue to fight the State of Illinois and the City of Chicago through misleading pronouncements and court challenges.  Consider the common sense ideas of the state and city along with the extremist, Wild West position of the NRA.

Attempts at restricting private sale or transfer of guns to criminals have been challenged.  Reporting lost or stolen guns has been challenged.  Restricting concealed carry in certain public places has been challenged.  The NRA has won a battle against the State of Illinois in Moore v. Madigan.  That would be Lisa Madigan, Attorney General for the State of Illinois.  They claimed that the State efforts to enforce its laws left people “defenseless” outside their own homes.  They also backed McDonald v. Chicago in a fight against Chicago hand guns laws.  Their direct fight in NRA v. Chicago was later consolidated with the McDonald case.  While the Court of Appeals for the Seventh Circuit upheld the Chicago law, the fight went to the Supreme Court where the much of the Chicago ordinance was struck down, leaving the city to attempt a less restrictive ban in 2010.

The State of Illinois was forced in July to adopt a concealed weapons laws, which angered city officials.  The law forced changes on the City of Chicago.  City officials, however, refuse to roll over to the wishes of the NRA.  They are now attempting to ban guns in bars and restaurants that sell alcohol.  They feel guns and booze don’t mix.  They expect the NRA to back the Dodge City mentality and challenge them in court.  Apparently, there should be no checking of hand guns at the door, but Marshal Dillon is not around to toss the bad guys in jail like an episode of Gunsmoke so this may not go well.  Perhaps all disputes will be settled by a duel in the street rather than shooting up Chicago saloons.

If Al Capone were still alive he would be proud of the efforts of the NRA to let Capone and Frank Nitti keep guns on the streets of Chicago.  As for Eliot Ness, the NRA would keep him and the Untouchables busy in court with challenges over any attempts to enforce the law, even common sense laws.

Despite all the palaver that the availability of guns does not affect crime levels, this is so obviously ridiculous and self-serving by gun enthusiasts that it really isn’t worth arguing. I think everyone who hunts, competes in shooting sports and has some kind of genuine reason to own a weapon should be allowed to do so. I also think that all guns should be better regulated, insured, and kept track of.  Here is an opinion from Richard Paschall, SUNDAY NIGHT BLOG. Well worth reading.