And on Scoop.it – In and About the News 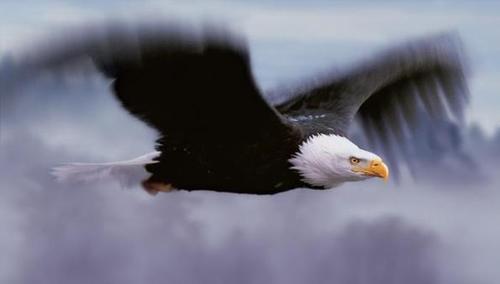 All I ask are moments of peace where I can stop and be in the moment.

All I ask is to be grateful for the things I have.

All I ask is for motivational images that don’t actually connect to the motivation.

All I ask is to be trusted and worthy of trust.

All I ask is to have the courage to try new things, and to be immediately better at them than everyone else.

All I ask is to be liked by people I can’t stand.

All I ask is the ability to orgasm at will.

All I ask is that my friends be less successful than me.

All I ask is to remain at my physical peak with little effort on my part.

All I ask is that “little effort” mean “no effort.”

All I ask is that the things I purchase never break or get worn out.

All I ask is that for one month a year (October?  May?) the schools be devoted to teaching good things about me.

All I ask is that, when I have a conflict with someone, they acknowledge that it’s them, not me.

All I ask is for a state to be named after me.

All I ask is that it not be North Dakota or Florida.

All I ask is that the world’s population be reduced by 4 billion without anyone suffering.

All I ask is for a God who has the exact same opinions I do.

All I ask is to be able to make things explode with my mind.

And, really… is that so much?

About The Byronic Man

Recently voted “The Best Humor Blog in America That I, Personally, Write,” The Byronic Man is sometimes fiction, sometimes autobiography. And sometimes cultural criticism. Oh, and occasionally reviews. Okay, it’s all those different things, but always humorous. Except on the occasions that it’s not. Ah, geez. Look, it’s a lot of things, okay? You might like it, is the point.

View all posts by The Byronic Man → 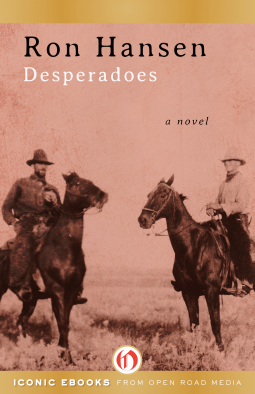 This is not a new book. It was released again on Kindle on May 28, 2013. Desperadoes has been available in soft or hardcover (currently, only soft) since 1997.

I love western movies and have since I was a kid. I’ve read a lot of “western” novels too over the years, enjoyed some, didn’t much like others.

Over all, I prefer this genre as cinema rather than on the printed page. Nonetheless, I was drawn to this book after I realized I know very little about the personal lives and motivations of these notorious bandit gangs of the turn of the century wild west.

Until this book, I hadn’t realized the James boys, the Youngers, Coles and the Daltons were all related. Cousins, it turns out. This led me to interesting speculations about the relative importance of DNA versus environment in character formation. The familial relationships certainly present some intriguing possibilities. Perhaps the cousins were all copying each other’s “feats.” The story hints that there was at least some jealousy by the Daltons of cousin Jesse’s fame.

Desperadoes is well-written and feels authentic, so much so that I found myself asking how much of this was “made up” and how much was historical.

The answer is that although a lot of it is fact, a lot of it isn’t. Fiction and fact are beautifully woven throughout the story until it is difficult to tease them apart. Nonetheless, this is a novel, so if you are want history, this isn’t it. On the other hand, if you are more interested in the psychological profile of these characters and the feeling of being transported to another time and place, this might be exactly the right book. Sometimes fiction contains more truth than “only the facts” can convey.

Whether you enjoy the book will depend on if you can find a way to emotionally connect with any of the characters. All of the Daltons and their close associates lack a moral compass as well as a fundamental understanding of right and wrong. Even granting that they came from backgrounds of extreme deprivation — and their role models were as depraved as they themselves became — it’s hard to understand the characters’ rapid, virtual overnight, transformation from relatively decent people and officers of the law into rustlers, bank robbers and sadistic thrill killers.

Ironically, they started as lawmen. While still functioning in that capacity, they began rustling horses. They didn’t think there was anything particularly wrong with it. It wasn’t that they didn’t know it was illegal, but the whole “right” and “wrong” thing seems to have been rather hazy to them. Moreover, working as a sheriff or deputy sheriff was so poorly paid they actually couldn’t live on the money. So they initially considered horse-stealing a way to supplement their incomes. They eventually were caught though only big brother Gratton (Grat) (probably mildly retarded) was arrested for rustling. Grat spent a bit of time in jail, but was ultimately released. A trial would have embarrassed the judge who had employed the Daltons as lawmen. He didn’t want it known his employees were horse thieves. Except that everyone knew. It just wasn’t official — and never became official.

Of the Dalton lads (there were 15 brothers and sisters and you never learn what happened to most of the others) Bob is the true glory hound. Grat is a big dumb guy who seemed to not have any thoughts about much of anything. Emmett, two years younger than Bob, is his older brother’s passionate admirer. His adulation of his Bob Dalton was unlimited, though to Emmett’s credit (?), he did occasionally think up an interesting crime to commit, so he was not without a degree of personal creativity. He also appeared to be, of the gang, the only one with any capacity for love — in a severely circumscribed way.

I didn’t hate the book, but I didn’t enjoy it. Perhaps the nature of the material fore-ordained my response. Sadistic, vicious sociopathic killers are not romantic. I don’t find a trip through their minds pleasant or fun. Interesting is as good as I can give it.

They make my skin crawl. But other people obviously did like the book and it has received some excellent reviews on Amazon. If you can read it as a case study of a bunch of old-timey criminals, you might like it better than I did. It is well-written and thoroughly unpleasant at the same time. I guess that’s what you get when you write about outlaw gangs, even when you write really well.