From: The Pilgrims: America’s First Mooches on Covered in Beer by Thomas Cochran 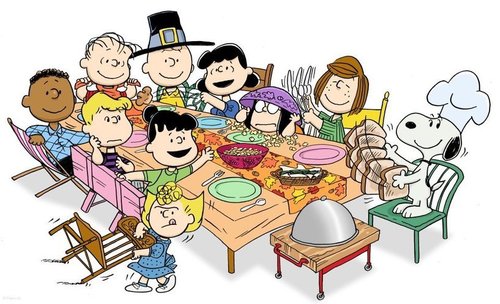 Thanksgiving is one of my favorite holidays. Looking back on my younger school days, I can remember the lame way we were taught about the first Thanksgiving like it was a wholesome party on top of Plymouth Rock. They ignored the fact that the Pilgrims had no business being there and the Native Americans would have been perfectly within their rights to shove a hot spear into thou’st rectums; but they didn’t.

This is not a piece of work where I’m going to argue how unjust the discovery/founding of America was etc. because those arguments are stupid. I was born in 1986 and didn’t have a damn thing to do with any of that. But the Pilgrims do remind me of that friend everyone has who conveniently has no cash, stays on your couch too long, cleans out your fridge and then puts pox infected blankets on your bed so you’ll die and he can take your house.

The popular understanding of why the Pilgrims came to America is so they could gain religious freedom, a tale simply untrue. The Pilgrims originally moved to Holland where the laws regarding religious practice were much less restrictive. But, after 12 years, they decided to travel to North America because of financial troubles. In other words, they were tired of paying for stuff and set sail across the earth looking for some free stuff. Well, they found it and then some, and it didn’t take them very long, either.

About five minutes after landing, the Pilgrims began looting some Native American graves they found near the shoreline. The Wampanoag Indians left supplies, as many civilizations did, for their dead’s journey into the afterlife. The Pilgrims mistook this for some sort of community chest and began hoarding the sacred items for themselves. Naturally, when the Indians found out about this they began to shoot arrows at the thieves. Thus, the first Thanksgiving fight was born.

Thankfully, as in every typical Thanksgiving throw down, there was a moderator who eased relations between the Pilgrims and the natives. Squanto is like that uncle who doesn’t drink and is sane enough to stop the fighting before it comes to blows. It is typically taught that Squanto spoke English because of interaction with past settlers. Actually, Squanto was kidnapped five years before the Pilgrims arrived by explorer Thomas Hunt and brought to Spain. There, he learned English and promptly got the hell on back to North America. When the settlers arrived, after muttering, “not these mo-fos again,” Squanto decided to make peace between his people and the Pilgrims. He taught them how to grow corn so they wouldn’t steal anymore from graves. He also taught them a lot of other things that I’d rather not research and write about. Squanto made the fatal mistake when it comes to moochers: he showed them where the beer is.

“If you offer a man a beer, he’ll have a drink; if you show him where they are, he’ll drink all day.” – An Alcoholic who doesn’t fish.

The first Thanksgiving occurred in 1621. It is thought to have begun because the sorry-ass Pilgrims weren’t prepared for the coming winter and begged the natives for food. This also isn’t true. The Pilgrims weren’t totally stupid and were aware they needed to stockpile food for winter. What we call “Thanksgiving” started when the Wampanoag became suspicious of the Pilgrims one day after hearing gunfire. They feared the settlers were preparing for war and became defensive. Instead, the Pilgrims were hunting. Squanto once again was the voice of reason and it was decided that the two sides would enjoy the fall harvest feast together. Happily for us, the Thanksgiving tradition was born.

If you think this is an exaggeration, it’s not. If anything, it’s an understatement. I didn’t write it, but I agree with it and wish I did write it. So … here it is, in its entirety. Enjoy.

PLEASE NOTE: Really, I did NOT write this. It is a reblog, or more accurately, a scoop. Kudos and comments go to: