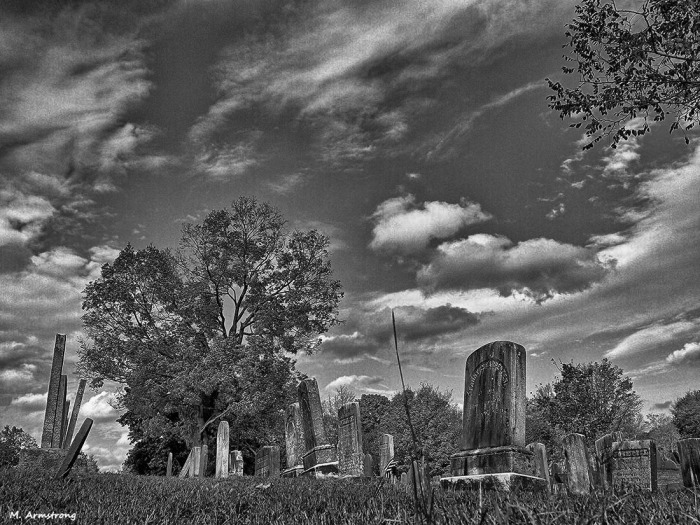 Death takes us by surprise. Even when someone is terminally ill, the end is a shock.

In the darkest part of a winter night, a blizzard on the way, my phone rang. I knew. I could feel it. Death was calling.

I expected the call, yet it hit me like a bludgeon. My father was dead.  I hoped he’d gone to a better place, though I felt the odds were against it. There would be no reconciliation, no happy ending for father and daughter. Ridiculous as it was, as long as there had been life, a semblance of hope flickered. Edith, my father’s companion for the past 5 years, was on the phone. “Your father passed during the night,” she said. Her voice broke. “He went in his sleep,” she added.

“A mitzvah,” I said reflexively. To die quietly in your sleep is considered a gift from God. My father had been suffering from congestive heart failure.

“He was a good man,” Edith said, tearfully.

“Uh huh,” I muttered, my voice flat. The good man she knew was not the man who raised me. “When and where is the funeral?” I asked. Jews don’t embalm and don’t view remains. We bury our deceased with all due haste. And missing the funeral doesn’t mean you miss out on the festivities. We include a whole week of sitting Shiva – a Jewish wake. This offers family and friends ample opportunity to participate in ceremonial grieving. Interment is quick, but what follows is long enough to make up for it.

I hung up the phone. I’d have to find a flight to Florida in the morning. There was no logical reason for me to go. For the last five years, my father and I had not talked. An improvement, from my point of view. No matter. I had to go. Violence, sexual abuse, mental abuse was his legacy to me and my brother. Lucas was gone, so only I remained. I had to be there.To remember. Me and dad had history. This was our final chapter.

“Are you sure that you are up to doing this alone?” Gabe questioned. “That’s a lot of hauling through airports.”

“I could come. I think I should be with you.”

“Why?” Gabe was puzzled.

“I don’t really know why, but I have to do this on my own. Closure,” I said, and I laughed. Closure is such a cliché.

“Closure,” Gabe echoed. “Okay, closure it is,” but he smiled too. A private joke.

“The only thing that could really mess up my plans is if I can’t get out of Logan before the storm hits. I need to get moving. I’ll call you when I get there,” I promised. “I’ll take you up on getting me to the airport and picking me up. If the weather socks me in, I’ll find a motel and stay over until I can get home. Logan’s usually cleared pretty fast and I doubt this is the storm of the century.”

My father’s funeral was strange. I was the only family member attending.  Not  his family, not mine. No one else came.  Aside from Edith, I didn’t recognize a single face. “Alfred was a gentleman,” intoned the rabbi. “Always ready with a joke, gallant, preparing feasts for his friends even as his debilitating illness progressed. He was,” the rabbi assured us, “Loved by all. He charmed all those around him,” the rabbi continued, “He will be greatly missed.” After that, Edith spoke of his kindness. Generosity. Warmth.

Who was this guy?

No one asked me to speak. Fine. What could I say? Was this the place to explain he was a child molester, a violent sexual predator? It might have been interesting — perhaps a bit much. Let sleeping demons lie.  When the service was over, I ran. I’d born witness. Closure eluded me and I left wondering — whose body was in the casket?

Tidy conclusions elude us. Simple answers don’t apply. Life is complex, chaotic and sometimes weird. Time for me to go home and begin to live. Without my father.