See in EVERYTHING ABOUT MY DOGS! 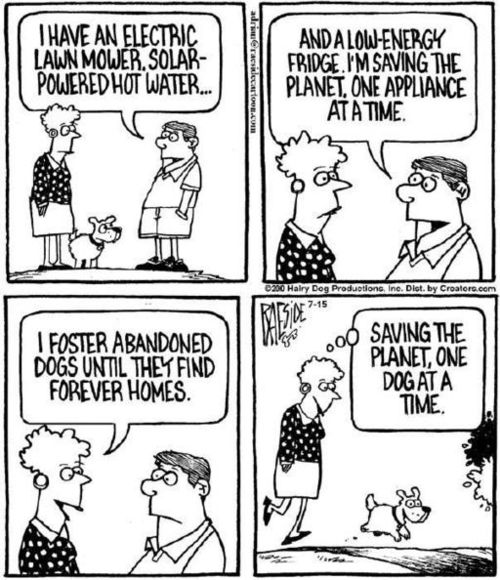 Caring for your canine friends (by Wilfred)

Please visit the original on EVERYTHING ABOUT MY DOG at

In response to today’s Daily Prompt, ripped from the headlines, one of today’s stories in the Boston Globe reads as follows:

An effort has been launched to both get a question calling for the drug’s legalization on the 2016 ballot and to raise enough money for victory.

I kind of wondered what happened. I mean we passed a referendum making medical marijuana legal more than a year ago. We passed it, we talked about it and as happens to much legislation and good intentions in this commonwealth, it was never heard from again. I think we could legalize it and have an equally impressive result, that is to say, nothing. Nada. The good news would be that there would be no more busting people for smoking a joint at a concert … or would it? I suppose it would depend on how the law was worded. But I somehow doubt it would make it more available to most people. Or cheaper. Or better quality.

Why not? Because this is Massachusetts. Not only (to quote Tip O’Neill) is all politics local, but all politics is more than slightly corrupted by a long history of entrenched political chicanery. Boston has the original party machine. Okay, maybe we share the honor with New York, assuming you consider it an honor.

So they can eye legalization, but that won’t do me or my baby boomer buddies much good. Even if they pass it, they will find a way to keep it from being easy to buy or even moderately available. By the time they finish with the legal mumbo jumbo, it will be easier to go find the original illegal sources and buy some there. Because otherwise, it will be just like trying to get MassHealth. You’ll fill out a thousand page form, send it in, and they will lose it. You will fill in another form, send it and they will tell you it’s too late to meet the deadline (because they lost the first one). Eventually, they will — with snail-like slowness — start to process the application. If you don’t die first, a year or two later, you’ll get some fantastic medical benefits, or in this case, weed. Except the price will be so high you’ll realize the illegal stuff was a bargain in comparison. The taxes alone will exceed the original non-legal price by hundreds of percent.

Dream on, you aging hippies. It aint’ gonna happen here in our lifetime.

Amazon launched the new generation of Kindles at the end of September 2013. I spent time perusing these latest greatest Kindles. They were supposed to be pretty much the same as the Fire HD, but with better graphics, battery and sound. A few other perks like really great support and cameras front and back. Gadget junky that I am, I resisted until December, but my Fire was slowing down. Probably from all the stuff I was doing on it. Mind you, it never stopped working but it didn’t work quite as fast or smoothly as it had. When Amazon dropped the price by $50 before Christmas, I bought it. It came with 6-month financing at 0% interest. Nice.

The Amazon Kindle Fire HDX has a new, improved interface for email and the calendar is better too. I know the audio and video were technically better, but they weren’t noticeably different to me. The audio and video on the Fire HD are great and if the HDX is a little better, it’s not a big difference.

I loved my Kindle Fire HD. I figured I would love the new one even more. And I did. For a day. Maybe two. That was when I realized the battery was draining phenomenally fast. At one point, I was on the phone with Kindle support complaining about the battery — and it was dropping at about 1% every two or three minutes. She said video uses up a lot of battery and I said I’d been able to watch movies on the Fire HD, but at this rate wouldn’t make it through a movie on the HDX without plugging it in.

In about 40 minutes, it dropped more than 50%. I plugged it in before it went flat. It also drained while it was not in use — sleeping — at approximately 5% per hour. Reading — not using audio or video — drained it at 15% per hour. As the battery hit less than 20%, it became unresponsive. Customer support suggested I let it drain all the way and recharge it. Which I did.

No improvement. Part of the problem is you can’t turn off apps except by forcing a stop. This is an awkward process which merely slows (but doesn’t stop) the battery from draining while the device sleeps. If you are using the HDX, it chews through the battery at warp speed. You can actually see it drop.

Back at customer service, she suggested I return it and try a different unit. I had an itchy feeling in my brain the problem was NOT my unit, but a design issue. I’d been reading reviews. Too many people complaining of battery problems to be just a coincidence. I noticed the reviews before I bought but couldn’t believe Amazon would knowingly market a seriously flawed product. The Fire HD didn’t get weeks from its battery as does a plain vanilla Kindle, but it gets a solid 12 hours. That’s twelve hours of actual use. On the HDX, you’d be lucky to get 4 hours of simple reading. Nonetheless, after being assured I could return it if I didn’t like it, I agreed to try another one. A couple of days later, the new HDX arrived.

The second HDX was worse than the first. Not only did it eat its battery, but it took forever to connect to WiFi — and sometimes wouldn’t connect at all — a problem I hadn’t had on the first unit. In a house with 9 working computers, I knew it wasn’t my WiFi. It was the device. The connectivity problem persisted even when plugged in. And even when it found the WiFi, it would rarely open a website, even Amazon. This pushed me over the edge. I’m not eager to return things. I hang on to all kinds of things with which I’m not entirely satisfied, but I couldn’t afford to do it this time. I need a working Kindle.

Maybe I could have lived with the awful battery performance, but not with the useless browser too. After less than a week, I called Amazon and said “That’s it, I’m done.” In the meantime, in a fit of totally unwarranted optimism, I had given my Fire HD to my daughter-in-law and couldn’t bring myself to ask for it back. I wouldn’t have gotten it anyhow because she really likes it.

Which left me without a Kindle. Not good.

I bought the Paperwhite — the model with WiFi, not 3G. It arrived yesterday. I set it up late in the afternoon. It went live as soon as I plugged it in. At blinding speed it connected, displaying all my books and documents sorted into categories I’d created on my original Kindle. The Paperwhite reminded me why I fell in love with Kindles.

It’s a great reader. It has a just a few bells and no whistles. It’s light, small, easy-to-use. It has a touch screen, virtual keyboard and its own light, but retains many things I loved about the older Kindles, mainly that it’s a wonderful device on which to read a book. Paperwhite is a dedicated reader, not a tablet. Flat, non-reflective surface — easy on the eyes. Adjustable fonts and lighting that won’t wake your spouse. It weighs almost nothing, even with a cover.

I settled in to read last night. For the first time in a long while, I could focus on a book. The Fire HD was a fine tablet, but it was forever teasing me away from reading to play a game, hear a tune, or watch a movie — things I can do on my laptop.

Perhaps this is what I should have bought in the first place. I cannot recommend the Kindle Fire HDX, but hey, if you want a reader? The Paperwhite is fantastic.

An old building is defined by its windows, their shape, condition and placement. This tenement in Worcester was probably a classic in its day. Now, it’s tired and needs a major facelift, yet the windows with their copper flashing intrigued me.