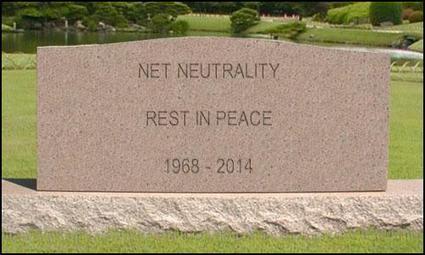 A US court has ruled against the FCC’s Open Internet regulations, putting the future of net neutrality completely up in the air.

This will affect all of us … not in a good way. Read it and worry.

“Gonzo Geordie had an ax

To give her daddy forty whacks.

When that job was goodly done

The neighborhood children, they be singin’ my song. Agin. My name be Gonzo. I love when they sing my song. I’m some body big. Biggest. Right Doc? Gonzo is famous. I’m a see-leb-ree-tee. Real deal.

“But why did you kill them? Your mother, your father,” Dr. Welby is asking me. Again. “Why? Did they hurt you?”

“No M’am” I tell him, smiling, friendly-like. I like Dr. Welby. Nice man. Can I can kill him too? Split that big head of his’n right down the middle. Like a melon. “No siree, nothin’ like that. They wuz always good to me.” I pause. I wait. He waits. We wait together. 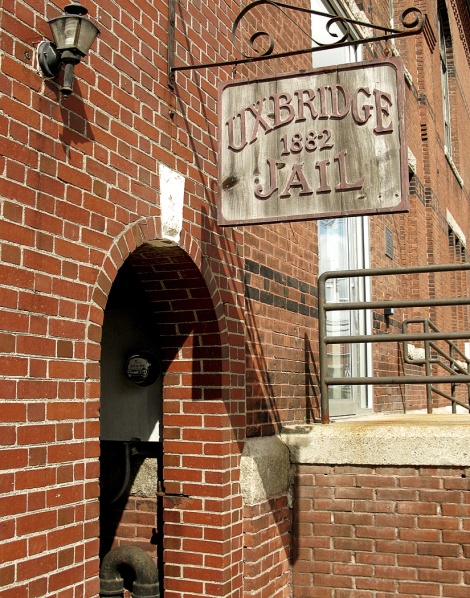 Finally, I say something. “But I never did cotton to Mama’s cookin’. No, she weren’t much of a cook. Not much fer cookin’ a’tall.” And I grin remembering.

“Then why?” persisted the doctor. I was happy to answer, though she’d said the same thing lots of times and got the same answer.

“Cause I wanted to. Always wanted to. I tole’em, I did. They just didna believe me.”

Serial killer they call me. I sound important. I like that. I’m so happy. Always wanted to be. Though until after I done it, I didna know it had a special fancy name. Other kids, they was wanting to be firemen and nurses and stuff but me, Gonzo, I was snuffing kitties and wanting to turn Mommy and Daddy into glop.

I should have cooked them in the big iron pot but darn I didna have nuff time. Mebbe next time. Mebbe.

“It didna use forty whacks. Not like the song,” I tell the Doc, sadly. “Not nearly nor specially not forty-one whacks. T’was less’en the number of fingers on my hand to make daddy all pulpy.

“Nothin’ to ax no more, nope. Not hardly nothin’ but red goopiness. Mommy? Less, not sure how many. But not enough as I wanted.

“I wisht it was forty or forty-one, forty-two, more even. Mebbe someday. Yup, just a few more would’ve been good. My song … it’d be longer. Yup. Longer.”

Ham: Slices of Life, Essays and Stories by Sam Harris

From the publisher: With a wry style that evokes comparisons to Carrie Fisher, David Rakoff, and Steve Martin, Sam Harris proves that he is a natural humorist. Even The New York Times, in a review of one of his musical performances, called his stories “New Yorker-worthy.”

Until I read this book, I’d never heard of Sam Harris. Not merely had I never heard of him, I’d never heard him sing or seen him perform. Not even as a guest on Leno or some other show. How out of touch am I? Well, about 25 years, give or take a decade. I more or less stopped listening to new music sometime in the late 1970s except for the occasional score from a show or movie. I would declare it to be “my bad” except that I don’t feel the least bit apologetic. I’m content with the music I know and love and a great deal of classical music that, to put it in new-speak, never gets old.

When this book came up for review, I took it not because it was a celebrity autobiography but because it promised to be funny and I am always up for a dose of funny.

I am pleased to say the book delivers everything it promises and perhaps a bit more. It is, in many places, laugh out loud, giggly guffaw funny. In those sections which are not funny, the subjects are well-handled, thoughtful and occasionally brought tears to my eyes. Having recently read two celebrity autobiographies that disappointed me because I expected a lot and got little, this was exactly opposite. I expected nothing but got a great deal.

Sam Harris — who I have still never heard sing — is an intelligent, literate guy. His recounting of the celebrity wedding of his pal Liza Minnelli to “the man whose name shall go unmentioned” is hilarious. The 16 essays cover Harris’s life from childhood to performing on Oprah’s first show after 9/11, a recounting that caused me to choke up with painful memories. His disappointing opening for Aretha Franklin during a blizzard — sometimes, the legend is better than reality.

Though poignant in places, the book is more often funny. Which is good because I really like funny.

I am reading Ham on my brand new Kindle Paperwhite. I’m laughing so hard I feel my husband staring at me, wondering what in the world is going on. After ascertaining I am not having a seizure, I tell him it’s a celebrity autobiography … and I think he should read it too because … well … it’s funny. I ask. Turns out, he has never heard of Sam Harris either. We are united in our out-of-touchness.

Growing up a gay kid in Oklahoma had to be rough, but he doesn’t seem to feel sorry for himself. He gives credit to his parents for supporting him even though they didn’t necessarily understand him. He avoids the dreary trough of “kiss and tell” into which so many autobiographies fall. He does manage to include a reasonable amount of self-promotion — it wouldn’t be a celebrity autobiography without it — he doesn’t  wallow in it, either. For a celebrity, he’s almost modest.

But most important, the book is well written. Funny, sad, cogent, literate … it avoids being mawkish or snarky. Yes, there’s gossip, but it isn’t just (or all) gossip. The most revealing information is the author about himself. He is candid about his failings and failures. His alcoholism and recovery. His stubborn refusal to face reality until it bangs him painfully over the head. The problems he has relating to his adopted son and the credit he gives to his partner as a human being and a parent.

It offers enough tidbits about the great and near-great to titillate those of us who enjoy a little titillation … and enough wisdom to make me feel I didn’t waste my time. I can recommend this book with a whole heart and a clear conscience. It’s good. I think you’ll enjoy it. If you are a Hollywood gossip enthusiast, you’ll probably like it even more.

Available starting today on Kindle, from Audible.com, in hardcover and no doubt paperback in short order.