Camera Industry: the trend towards “good enough” is affecting enthusiasts too 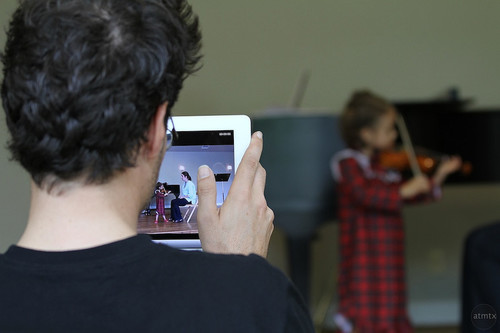 A lot has been written about how smartphone cameras have decimated the point and shoot market. It’s actually worse than that. Most regular people, non-enthusiasts, don’t really want to use DSLRs — they’re just too big and cumbersome. I see former DSLR owners just bag it and end up using smartphones instead. But how about people like me, the crazy, passionate photo enthusiasts. What are we doing?

Well, we are falling victim to the “good enough” mantra too.

I see two distinct groups of photo friends. Some diligently continue to use DSLRs for their serious work and then flip over to an iPhone when capturing casual snaps. I got a laugh when we go on photo walks. We all have expensive, sophisticated gear and we end up taking group pictures with an iPhone. These people are the same as the masses, documenting their world on smartphones. Except, for their serious pro or hobby work, they break out the DSLR. It’s like they have two distinct modes.

The other group, which I’m a part of, have embraced mirrorless cameras or even premium point and shoots. They may still own a DSLR but use it infrequently. These people tend to use tweener cameras (between DSLRs and smartphones) for both their serious and casual work.

Which ever group you’re in, there is no right way, of course. And I’m sure there are some people who don’t fall conveniently into either camp. The point I’m trying to make is that it’s going to get even harder for camera companies. Most cameras, especially under typical conditions, are now good enough. People know this. There is no longer a pressing need to update to the next model. The camera and sensor companies have done too well. They are perfecting themselves out of business.

So what can these companies do? There are still a few under served niches. Sony is the first to the mirrorless full frame game. Perhaps some others will follow. There is the retro camera movement that Fujifilm is leading. Nikon has followed with their Df. But ultimately, as the market saturates, these companies need to be in the aspiration business.

See  the rest of the story at ATMTX PHOTO BLOG

I can’t argue with any of this … and that worries me. Because “good enough” really isn’t the same as “good.”