Daily Prompt: Nice Is as Nice Does

Tell us about the nicest thing you’ve ever done. Photographers, artists, poets: show us KINDNESS.

I’ve done a lot of stuff in my life. Whether or not it was “nice” or “not so nice” is not for me to judge. Only the recipient of whatever it was could possibly say and they aren’t talking.

I’ve done stuff for people I thought was nice and helpful only to have it backfire in a particularly horrible way. Like that couple you introduced who got married and are now in the middle of a hideous divorce. You know, that kind of nice. Oops.

So I’ll just say this: I did the best I could under the circumstances. Maybe I helped. Maybe I didn’t. Maybe my kindness turned out to be a massive disservice.

Only my dogs fully appreciate me. They want what I can give without worrying about the long-term effect and psychological consequences: a cuddle and a treat. I can do that!

Well how about that blizzard, eh? I mean wow. Fully 4 inches … well … maybe three. Yeah, it’s very cold, I’ll grant you that and it sure is pretty, the world all decorated in whiteness. But not exactly the massive snow event they predicted.

I should have known how it would play out. The very moment the governor declared a state of emergency, the clouds broke up and the snow stopped.

If the governor would declare an emergency as soon as they predict a blizzard, maybe we could avoid having the storm at all. It’s a version of magic, I grant you, but it works. Almost as well as buying an expensive snow blower.

Ouch! That really hurts! My back’s been a mess since I was a kid. Fell off one horse too many. Rebuilt in 1967 — fusion and laminectomy using saws and chisels — long before micro surgery and instrumentation. I’m not special because I deal with pain. I’ve got plenty of company. It’s just sometimes, I feel like I’ve got too much company. We’re all squished together in an over-crowded lifeboat. Sinking. Together.

I’ve had a lot of problems with my back over the years. The fusion, which was bone paste made from a piece of my hip, began to disintegrate about 25 years ago, to be replaced by a sheathing of arthritic calcification. That’s not such a bad thing because without the arthritis, I’d (literally) fall apart.

Looking at pictures of me in years gone by, I got to wondering how the long winding road of life landed me here. How did the bright-eyed woman become this creaking achy old thing fighting to keep moving under her own power?

Who is this person?

She doesn’t look or act like me. I can vouch for this because I used to be her, but now I am not at all sure who I am or whose body this is. While I slept, someone slipped in an imposter body. I would jump right on the imposter theory except being me is not something any sane person would want. If I had a say in the matter, I would be healthier, wealthier and younger. Some other body, but I’d keep the brain. I like that piece of me.

Remember Christopher Reeve? One minute, he was a big, handsome, strapping movie star. A dreadful split second later, he was someone else.

My down hill slide occurred at the pace at which bones and joints calcify. I broke my back when I was a kid. I was reconstructed when I was 19. For the next 35 years, I refused to pay any attention to my spine. I was not going to be disabled. Not me. It was mind over matter and I am strong.

Turns out, mind over matter only takes you so far. Seven years ago, I began to have trouble walking. My balance became erratic. I lost sensation in my feet and miscellaneous reflexes disappeared. I went to doctors, orthopedic hot shots. All of them said I need a new spinal fusion, the old one having fallen apart over the long years. Diagnosis: Horrible spine. Solution: New fusion in which I get screwed together using metal rods. After surgery, I would be in even more pain than now, but my spine would be stable. Say what? This surgery would be the 21st century version of the surgery I had in 1967.

I said Hell no and took my case to the top spine guy in Boston, the Supreme Court of spinal diagnosis.

He said I don’t need surgery. More to the point, he said the surgery wouldn’t solve my problems. Now I heard: “Your back has got you through this far, it’ll take you the rest of the way. Pain control, gentle exercise, and recognize your limits. Don’t do anything stupid.” Like fall off a horse? Lift heavy packages?

There are a lot of members of the back pain club. After you join the club, you usually get a lifetime membership. I finally discovered I have a problem I can’t fix. No amount of persistence, research, medical attention or cleverness is going to make it go away. So I’ve designed the world to make my back happy. We have a back-friendly home. From our adjustable bed, to the reclining sofa, our place is kind to spines.

There’s no moral to this story. It’s just life. If you don’t die young, odds are you hurt. The years roll on, pain gets worse.

I’ve had to accept reality but I don’t have to like it. Sooner or later we all face an intractable problem. Or several. It’s a nasty shock, especially if you’ve always believed you are unstoppable.

When you hit that wall, I recommend very comfortable furniture. 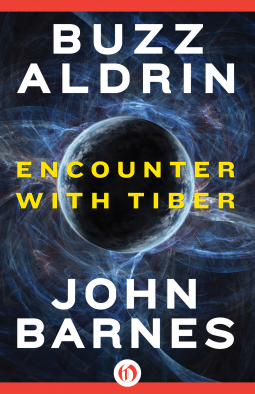 Originally published in July 1996, Encounter With Tiber was released on Kindle on May 28, 2013. I’m a lifelong fan of science fiction and space exploration. I watched the moon landing in 1969 — the glory days of NASA — and dreamed I’d see space flight become accessible to everyone, even me.

I jumped into reading this with enthusiasm. Buzz Aldrin’s fingerprints are all over the first section of the book. Not only does it give you an up-close and highly personal look at the inner workings of NASA, but it gives you an uncomfortably intimate view of the politics of America’s space program. From this, I gleaned an enormous amount of information about what happened to the U.S. space program.

How it is that more than 40 years after landing men on the moon, our space program is moribund, hobbled by in insufficient budget. Our human dreams of venturing into space are dead on the launch pad. The 16-years since the publication of the book have dealt unkindly with NASA. It’s hard to see what would revive the program.

This first part of the book is a beautiful presentation of our space technology, why it worked, why it stopped working. For the first time, I understand the workings — and failures — of our technology.  Aldrin uses diagrams to explain all kinds of stuff that I had heard about and never understood. I know it is supposed to be fiction, but it felt real.

Then the book switches authors. Rarely in a co-authored book has it been so obvious when one author stopped writing and the other picked up. The style goes from scientific and precise, to … something else. Aldrin writes like a scientist, which he is. Barnes writes like a novelist for whom details are optional. The change in “voice” is abrupt and somewhat jarring.

Both authors write well but very differently. This is an ambitious book which covers the development and fizzling of our space program then takes off into the stars with a crew composed of different sentient species leaving from other planets in yet another star system. The stories tie together by sharing a common theory of the life and death of stars and planets.

I was a bit put off by the sudden switch from Aldrin’s precision to Barnes lack thereof. Aldrin explains everything and can’t go 10 pages without a diagram. When he’s writing, you don’t spend a lot of time saying “huh?” Barnes, on the other hand, doesn’t bother to define any terms at all. Vague and belated attempts to rectify the initial omissions are more annoying than satisfying. Eventually, I just rearranged my brain and moved on.

The characters — human and otherwise — are interesting, though the aliens weren’t sufficiently alien for me to feel their alienness. More like humans in wookie costumes. It’s worth reading just for the first half obviously written by Buzz Aldrin. If you’ve ever wondered what happened to our space program and why, this book will make it all clear as a freshly washed window. As science fiction, it’s a long and complicated book — 596 pages. And it’s really two books, the one Aldrin wrote and the one Barnes wrote.

The theory it postulates is troubling. If you accept the book’s premise, the failure of our space program will ultimately doom us to extinction. All of us. Not tomorrow, but eventually. The foundation principle of the plot is in the end, that everything dies.

Planets and stars have a life span. Worlds get old. Stars wink out. If a sentient species has no way to escape its dying planet, it will die with the planet. It’s enough to give one pause. If you never thought about it before, Encounter With Tiber will get you thinking in new directions, perhaps worrying in new directions.