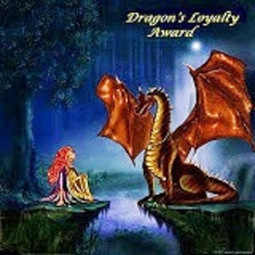 Today is a quiet day…a co-o-o-old day so definitely a day to stay inside simply enjoying the warmth of hearth and home. Just finished reading The 12-ft Teepee by Marilyn Armstrong (featured below) and thought I would take some time to visit blogs I am following. How surprised I was upon coming across The Lost Spirits @A Misbehaved Woman.

What better topic to revisit than that of the American Indians?

Disturbing, however, is the fact this story is not totally past history…it is tied to history, yes, but it is also right here, right now, in America, in New York City.

Read the rest of the story on Awakenings!

So much good stuff to read in this post … including (blush) the best review I’ve ever gotten of my little book.

I sort of fell down the stairs today.

“Well, I only fell down half the stairs. And I’m pretty sure I didn’t break anything.”

“What were you doing on the stairs?”

“Delivering Amber’s dinner. I called downstairs, but no one answered. K had the music up loud. K said she was conditioning her hair and couldn’t hear … I don’t see the connection … and DIL was asleep. So I figured Amber shouldn’t suffer because they weren’t letting her upstairs, but on the second step, my ankle turned. I knew I was going down, but I grabbed the railing. So I only fell the first couple of steps and spilled dog food all over the hallway. DIL cleaned up the dogfood. Bonnie and Bishop were very helpful too.

“I did something to my foot,” and I trailed off. Lame and limping.

I showed him my foot. It was (is) swollen and the toes are sort of purplish. And not aligned in the usual way. “It’s only my foot,” I pointed out. “It could have been my back. That would have been really bad. This is nothing, really. Aren’t you glad I was able to grab the railing and keep from falling all the way?”

He looked like a gathering storm and was not smiling. Not even a tiny smirk. “It,” said Garry, “Is not nothing. It is bullshit. It’s over. Enough.”

Meanwhile, DIL has been slinking around all evening asking me if it still hurts. “Yes, it hurts. I will live. I don’t think anything’s broken. It feels like tissue, not bone. But it hurts. And it’s pretty swollen. The ice isn’t really helping.”

Garry says if it looks this bad in the morning, I have to go see a doctor. Get an x-ray. I pointed out it’s the end of the month and we are totally absolutely completely broke. We can’t even afford the copay, much less the deductible or medication or, god forbid, crutches.

He said he doesn’t care. I need to see the doctor. I said I don’t think it hurts enough to be serious. He pointed out that I’m a bad judge of what “hurts enough” since I pretty much never think anything hurts enough to pay for a doctor.

DIL promised to make sure Amber is upstairs at dinner time so I don’t have to navigate the stairs carrying her bowl of food. I said that would be nice. Garry is still pissed off. My foot remains swollen.

And … I’m still waiting for my cardiologist to call and tell me what kind of heart surgery I need and how soon I need it because apparently, there’s no question I have to get the mitral valve fixed. The only remaining issue is when and if they have to also do something about the aortic valve.

Do I know how to have fun or what?

Not every day yields a bonanza of weirdness. but there has been a small epidemic recently. Today we have two winners!

And then there is … (trumpets, short drumroll) …

Stay tuned for more. Peculiar things lurk in cyber-space and they converge at Serendipity — the website where you can be as strange as you want because nothing surprises me. Maybe I shouldn’t say that.