Home › Anecdote › THE DAY THE MACHINES WENT DOWN

THE DAY THE MACHINES WENT DOWN

It was an ordinary day. Early September in southern New England. Cool. Almost crisp. Some leaves had already changed and they shone bright yellow, signalling the rapid approach of Autumn.

An average kind of day — except, as it turned out, we had run out of half-and-half.

In many — perhaps most —  homes, this would be no big deal. Certainly not an emergency requiring an immediate voyage into town. But. This is a household of addicted coffee aficionados. There was no way we could get through 24 hours without half-and-half for our coffee.

No. Regular milk is not the same. Someone — okay, Garry — would have to go to the store to buy half-and-half.

The nearest shop — the deli — sells only tiny containers and sometimes, doesn’t have any. So it was off to Hannaford’s. 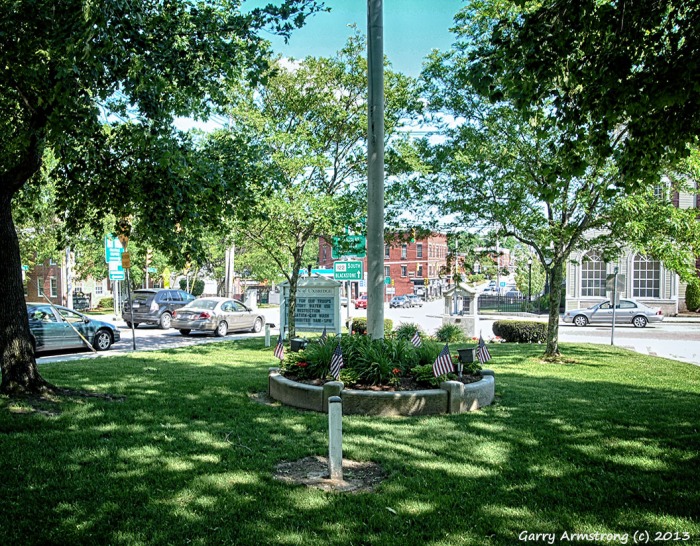 Hannaford’s, the grocery store we patronize, is not the biggest or fanciest. Au contraire, it’s the smallest and least impressive of the local supermarkets, part of a small Maine-based chain. We like it because the prices are not bad, the produce is fresh and often locally grown. You don’t need a special card to get the discounts and they give a 5% discount to Senior Citizens every Tuesday. Most important, they are easy to get to and have ample parking.

I was in the middle of a book — I usually am — so I didn’t pay a lot of attention as Garry went out. Not a big deal. Just the aforementioned half-and-half and maybe pick up something for dinner, too. He came back a couple of hours later. Which was a bit longer than such errands usually take. Garry looked amused.

“There is shock and confusion in downtown Uxbridge, today,” he announced.

“Yes,” Garry said. “I thought it might be delayed PTSD because of it being 9/11 and all. Everyone in Hannaford’s looked stunned.”

“The credit card readers were down. You couldn’t pay with your bank or credit card. Everyone had to pay cash or use a check. They looked shell-shocked. Thousand-yard stares. Stumbling, vacant-eyed around the store.”

“You could see them mumbling to themselves. They kept saying ‘cash!’ … but I could tell they were confused and were not sure what to do.”

“Wow,” I said. “Oh cruel fate! How awful! What did you do?” I asked. Garry seemed to have survived with his sense of humor intact and brought home the half-and-half.

He went off to the kitchen chuckling to himself. I hoped everyone would be okay back in town. A shock like that can haunt people for a long time. Cash. Imagine that.

Everyone will be talking about this for weeks. The day the machines went down at Hannaford’s. That’s huge.