BIG GUY AND THE CARDINAL

Garry was working weekends that decade, so whatever stuff happened on Sunday was part of his beat. This particular Sunday, the old catholic cathedral near our condo in Roxbury, was going to host Cardinal Bishop Bernard Law. It was a big deal for the neighborhood’s shrinking Catholic population.

For a Prince of the Church to say Mass anywhere is an event, even if you aren’t Catholic. We lived one block from that lovely old cathedral. The neighborhood was buzzing.

It was a grand dame amongst local churches.You could see her former grandeur, though she was currently in desperate need of restoration and repairs to just about everything.

Roxbury was an almost entirely Black neighborhood. It had previously been a Jewish neighborhood which was red-lined by greedy real estate brigands. We had been among the first two or three middle class mixed-race couples to move back to Roxbury. We hoped we’d be the start of positive move for the neighborhood, including how it would be reported by media and perceived by Bostonians. We had chosen it less out of altruism and more because it was a great location. Convenient to everything with lots of green space, lovely neighbors, and compared to almost any other place in Boston, affordable.

It was not crime central. You could leave your car unlocked on the street and no one would touch it. I know because my neighbor tried desperately to have his cars stolen, going so far as to leave the keys in the ignition for weeks. Not a chance. People watched out for each other in Roxbury. I never had better neighbors, or felt safer. 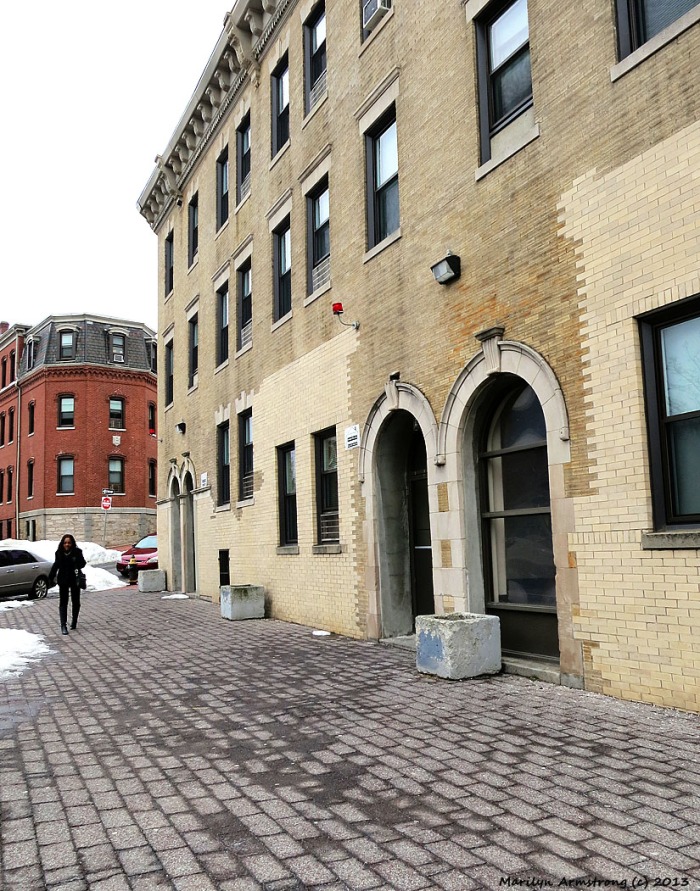 The morning on which Cardinal Law was due to visit, Garry called.

“I was telling Bernie (Cardinal Law) that you used to live in Israel and are really interested in religion and stuff.”

“So he’ll be dropping by for a visit.”

“I think he’s on the front steps. Yup, there he is. Gotta run. Love you. Have a great day.”

I looked at me. At least I was dressed. The house was almost acceptable. Thanks for all the warning, Gar, I thought. Showtime!

And in swept His Grace, His Eminence, wearing his red skull-cap and clothed in a long, black wool cloak. Impressive.

Big Guy stretched. Our Somali cat — the best cat in the world and certainly the smartest, sweetest and gentlest — was our meeter and greeter. 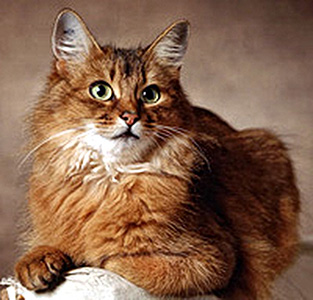 I offered the Cardinal the best seat in the house, the blue velvet wing chair by the bay window. Big Guy promptly joined him. We chatted for almost an hour. Israel, the church, whether there was any hope St. Mary’s would get funds to repair and upgrade before it was too late.

The neighborhood. A bit of church politics. Although Bernard Cardinal Law was ultimately blamed for the long-standing and terribly wrong policy of the Church in hiding the misdeeds of child-molesting clerics, this was years before that story came to light.

The man I met was wonderfully intelligent, friendly, witty, and a pleasure to spend time around. Which was probably why Garry was so fond of him and considered him a friend.

When it was time for the Cardinal to depart, he stood up. Big Guy left his cozy spot on the warm lap of the region’s reigning Catholic cleric. And that was when I saw the Cardinal was coated in cat hair.

Oh! Exactly what does one say in this odd circumstance?

“Wait a minute, your Eminence. Let me get the pet hair sticky roller and see if I can get some of that hair off your long black cape?” I was pretty sure the cloak needed more oomph than a lint roller. It was going to need some cleaning power beyond my limited resources.

So I shut up. Wincing with foreknowledge, we parted company. As he and his retinue swept out my door, I pondered how life’s journey takes strange side roads, unexpected twists, and turns. This was one.

“Meow?” questioned Big Guy. Clearly he liked the Cardinal and it had been mutual. I believe Big Guy came away from the experience with some special, secret understanding of Truth. I, on the other hand, felt obliged to call my husband and warn him that Cardinal Law was dressed in more than he realized.

“Yup,” said I, equally downplaying the difficulties that would arise from the incident. I had wrangled with Big Guy’s fur. I knew how bad it would be.

Some weeks later, when Garry, in the course of work, again encountered the good Cardinal, he called my husband to the side for a private word. The other reporters were stunned! What scoop was Garry Armstrong getting? Rumors ran rampant. Armstrong was getting the goods and they were out in the cold. Mumble, mumble, grouse, complain, grr.

“You owe me. That was one gigantic dry cleaning bill!”

“Yes sir, Your Eminence,” Garry agreed. “Been there myself.”

“I bet you have!” said Bernard Cardinal Law. And the two men shook hands.

When the other reporters gathered round and wanted to know what private, inside information Garry had, he just smiled.

But now … YOU know. The truth has finally come out.