Home › Fiction › I LOVE YOU

No You Don’t, by Rich Paschall

In his early adult life, George was a rather active young man.  He kept a moderate social schedule.  He met with friends, did a little volunteer work and even joined a bowling team for a few years.  As the years wore on, George became less active, saw less of his friends and was mostly invisible to the neighborhood.

As he passed fifty years of age, he kept to himself and seldom visited friends and family.  There was little family left actually, and the cousins seemed to have forgotten about old George.  This is not to say that George was totally inactive, for that was not the case at all.  He did a lot of maintenance on the old house.  He spent plenty of time doing gardening in the spring and summer.  He even tried to learn a new language online.

He signed up for a language site that had a social component.  On the site you could help someone learn your language and someone else could help you learn theirs.  The site gave learners the opportunity to ask others for a chat in the language they were learning.  Since this was all anonymous, you could decline to chat.

George was not bold enough to ask anyone to chat with him live, but others contacted him when they saw an English speaker on-line and he would always accept.  Some visitors came and went quickly but a few became friends as George explained life in his city and heard about theirs.  It was all very exciting for the older, single gentleman to be talking with young people around the world.  George had a friend in France, Egypt, Russia and Brazil.  He also had a friend in another South American country who liked George a lot. 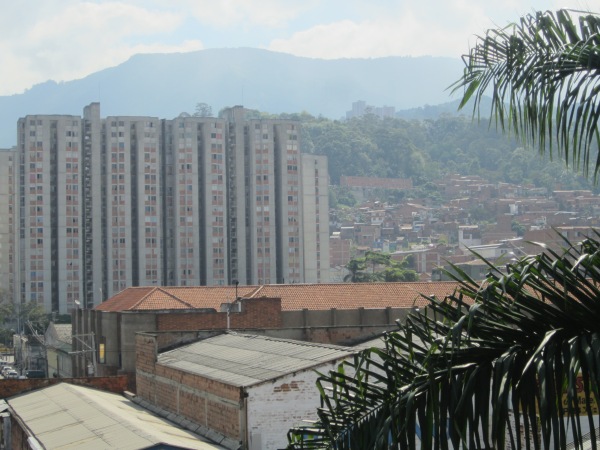 Soon George and Jonathon were friends on Facebook, hanging out on Google+ and talking on Messenger and Skype.  They chatted about their countries, cities, jobs.  After a while, they were talking everyday, even if only briefly.  Both loved the attention they were getting from the other.

When they were nearing the end of a year of friendship in December, George was surprised to learn he could not roll over his remaining four vacation days to the following year.  Jon, of course, felt that George should come to South America and spend some time with him.  Jon was not originally from the big city where he lived, so he had few friends and no family there.  He was excited at the thought that George would visit.

Aside from never having met Jon in person, George felt that the 30 year age difference would mean they would soon be bored with one another.  Besides, George never had a desire to go to South America or just about any place else any longer.  But Jon was persistent and George decided to be adventurous.

True to his word, Jon was waiting at the airport.  He greeted George like a long-lost friend.  He spent every minute with him for four days.  They traveled around the city like tourists.  They spent an evening in the street watching an important soccer match and celebrating with the locals.  They spent another evening at something that was like a Christmas market.  There they had local beer and too much guava liquor, frequently ordered by one of Jon’s friends.

An impulsive visit to South America

The weather was perfect the entire time. Jon was nicer than George could ever imagine.  He was a good cook and excellent host.  The last-minute vacation was one of the best ever.

Upon his return home, Jon called or wrote every day.  George thought that when they met in person Jon would see that he was a lot older and the friendship would die down, but in truth the opposite happened.  Jon’s enthusiasm for the impulsive visit did not wane.

Not knowing what to make of this friendship, George called on Arthur, an old friend, to discuss the matter.  They met at local inn and George proceeded to explain the whole story.  He told how they met, how the friendship developed over the year and that he impulsively went to visit.  George had never mentioned Jon to anyone before.  Now he was telling the entire history.

“By the way,” George said, “he does not want me to mention that we met on the internet because people might get the wrong idea.”

“What idea is that?” Arthur asked.

“So what’s the problem?” Arthur wanted to know after listening to over 45 minutes about some South American guy he had never met or seen.

“He calls every day or leaves a message to say he loves me and misses me!”

“He wants to come here and be with me.  He says he will be my prince.”

“Oh,” Arthur responded as if the light bulb just went on.

“What does he say to all these points,” Arthur inquired.

“I love you!  What kind of response is that?  Besides, I am too old for him, but he just says we will be together as long as God wills.”  George took a deep breath and continued

“So, I told him he just says that because he wants to come to America.  Since I like him very much I offered that he could come and stay and I would introduce him around and take him to places where he can meet other young people.”

“And he said he does not want to meet others, he just wants to be with me.  I don’t know what’s wrong with the young man.”

“There is one distinct possibility,” Arthur said with a knowing tone to his comment.

George looked as his as if he did not understand the words Arthur just said.  After a long pause, George finally spoke.