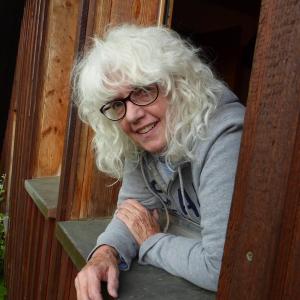 Today’s post is the second of three parts by the Martha Kennedy as she struggles with the ever-changing requirements of marketing a novel.

Many of us have trod this path. More will tread it soon. Each of us has one or more stories to share about the perils of publishing in a market that is constantly reinventing itself.

This is for all of us who have written books, are thinking about writing a book, or are attempting to market a book in a world where none of the old rules apply.

I once heard an agent speak to a group of writers. She said, “You have no idea how difficult our jobs are. We have to read all your manuscripts on our own time. We stay up late at night to get through all that.” Seriously. She said that.

This was at a well-known writer’s conference. I was listening to what had been billed as a presentation on, “Finding the Right Agent.” Hearing her, I thought, “Listen, Sweetcheeks. Your income comes from our work. If you don’t like your job, quit, but don’t insult the goose — geese — who lay your golden eggs, your Manhattan apartment, your travel allowance, and keep you in Manolo Blahnik shoes.”

At that same writer’s conference, I made appointments to pitch a novel that had once had an agent. That agent had not performed, so I had fired her and moved on. I knew the book was a very good book (it’s since won two awards). I signed up to talk to three agents during that conference at $40 a pop. My novel is about a man with leprosy. It’s set in the 13th century. The protagonist is an artist. Each agent had confirmed our pitch session and asked for a synopsis and a chapter or two so they would be prepared.

Here’s how that panned out.

One agent was sick of being an agent and sick of talking to authors, so I never got to give a pitch. She talked to me about the problems she was having with her teenaged son, then asked me to send the manuscript and never responded.

The next listened to my pitch and asked, “Have you done any research? Lots of you historical fiction people just make things up.” She asked for the manuscript and a list of sources.

The third listened to my pitch and at the end said, “So what happens to this guy? Does he get married and have kids? Or what?” (This story is about a leper, remember?)

I’m sure there are other kinds of agents. I just have not (yet) met one. Agents are the gate-keepers. To get access to major publishers, you must be an agented writer. There are almost no publishers available who will even consider a manuscript that is not submitted via an agent … and that means the agent must see your work as a future money-maker.

The advice you will get is inevitably “keep trying.” With rejection, you often get a note which says something along the lines of: “We accept new clients based solely upon the current needs and interests of this agency and we simply didn’t see a good match. Given that the publishing industry is admittedly subjective, no doubt another publisher will feel differently.”

“No mea culpa” it says. Not our fault. Annoying as that is to hear, it’s also true.

It means, “The market has little or no interest in this thing you’re trying to persuade us to represent. If it did, you can bet we’d be on it like piranhas on steak.” The only lie is that the publishing industry is “subjective.” It really isn’t. You can be sure they do good market research. While some publishers do not publish, say, “self-help” another publisher might. That’s the limit to the “subjectivity.”

That rejection, by the way, came from a small press who, the year before, had wanted to publish that very book.

When I got into this game there was no Internet. We had to use paper and envelopes and send everything with a(n) SASE. I actually found one of those in my file drawers last week with a hugely expensive return stamp on it and an address for where I lived fifteen years ago. “A relic,” I thought, “of forgotten times.” Though, truth be told (and why not?) a few agents will only accept paper queries. Hassle, yes, but they are possibly more likely to read your pitch for REAL. Here’s why…

My favorite rejection (and I can’t find it now that I want to quote it) was being told that when a particular agency ran my project through their computerized manuscript screening system, the algorithm responded that my work did not have the qualities deemed necessary to be a publishing success. I laughed at first, having been rejected by an algorithm, then I realized that with online submissions, a writer’s work is likely to be evaluated by a computer program designed to measure its probable marketability.

Which isn’t to say “don’t try.” Just know the cards are absolutely, certainly, 100% stacked against you unless you are keyed into the market; you are Dan Brown ahead of Dan Brown, so to speak. The downside to success (and it might not appear to be much of a downside) is that it’s very difficult for J. K. Rowling to write anything but Harry Potter. She wants to; she has a nom de plume under which she writes other things — none of them have had much success.

When you’re work is accepted by a publisher, you can get screwed in new and amazing ways. Many are the stories. Here’s mine. Last year I did the work of submitting my latest novel, The Brothers Path, to the available pantheon of agents and publishers who might be interested. I kept a spread sheet that helped me stay on top of the progress of the queries I’d sent.

The great day and jubilation came, and my novel, The Brothers Path, was accepted by two small publishers. I had to choose. My editor said it was an “embarrassment of riches,” but I didn’t feel that way because I had no crystal ball. Most other things being equal, one was closer and offered an earlier publication date, so I chose them, but with mixed feelings.

I was sent a good contract, signed it, prepared to move forward, still with my mixed feelings and the knowledge I’d have to talk to this publisher about one thing in particular …

You see, when I looked at their list of publications I saw Richard Wagner’s face on the cover of a book about Victorian England. I love Wagner. I figured “A book about Wagner!” and I checked the book out on Amazon. The story had nothing to do with Wagner.

Summoning my courage (after all the great big publisher was doing me the honor of publishing my book, right?) I told the publisher I was worried about the cover of my novel because, well, Wagner. He said he hadn’t known it was Wagner. He’d looked for free images of faces of 19th century men, and there was Wagner. He then let me know that he had since bought face recognition software (an algorithm?) so that wouldn’t happen again.

“And really,” he said, “how many American readers would recognize it?”

Things moved along fine until he went out of business. At the time, I was crushed. He sent me the formatted manuscript (a real boon to someone who knows she will be self-publishing). I set it up on Lulu and Createspace. Ordered some copies. Got them back and saw that this idiot had changed some of the words in my novel so that one or two important passages no longer made sense. I know I should have checked earlier, but…

If he’d read my book, he hadn’t understood it. He changed the word “fall” to “autumn” when it was used in a conversation between two clerics who are discussing the Garden of Eden and the discovery of human sexuality:

“Tell me, Brother. How many men and women come to you with stories of carnal desires and sin? And how many of those are members of your own order?”

Hannes answered honestly. “Everyone does. Everyone.”

“It is our nature. The Bible tells us to go into the Earth and be fruitful and multiply.”

“After the Autumn, Brother Leo.”

He had changed “After the Fall” to “After the Autumn,” thus rendering the passage to mean that people couldn’t have sex until after December 21.

Since then there has not been a day I have not felt grateful to the fates for the way things turned out. “More tears are shed over answered prayers than over unanswered ones.” St. Teresa of Avila, but hey. I read that in Truman Capote’s unfinished novel, Answered Prayers.

Jonny Geller is a literary agent and joint CEO of Curtis Brown, the world’s oldest Literary and Talent agency, based in London looks at what lies behind some of the most successful books of recent years. He explores the patterns and trends underlying their popularity and describes what a literary agent looks for in a writer. 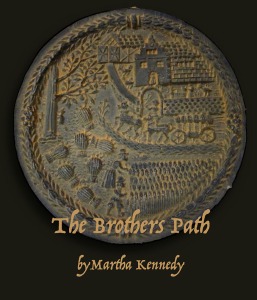 The world-shattering tumult of the Protestant Reformation enters the Schneebeli household when Rudolf Schneebeli is born two months early and dies a few minutes later — without being baptized.

Named for the well trodden track linking the Schneebeli farmhouse to the old Lunkhofen castle, The Brothers Path is set in a Swiss village near Zürich, between 1524 and 1531.

It chronicles the lives of the six Schneebeli brothers, Heinrich, Hannes, Peter, Conrad, Thomann and Andreas. Each brother navigates his own path through, around or directly into the deadly drama of the Protestant reformation.

Two hundred years after the events recounted in The Brothers’ Path, thousands of immigrants, mostly Mennonites and Amish, left Switzerland for America seeking the safety and freedom they could not find at home. If the novel teaches a “lesson” it would to remind us why immigrants to America have always been adamant about separating church and state.

The Brothers Path on Amazon for Kindle and in paperback.

If you haven’t read part I, you will find it here: SO YOU WANT TO BE A WRITER – PART I

Come back next Saturday for part III of “So you want to be a writer.”

To learn more about Martha’s historical fiction, go to Historical Fiction by Martha Kennedy. Her daily blog is Where’s the Windmill?