Blame it on the servers. I never get this notice until Tuesday, or so late on Monday evening, it might as well be Tuesday.

As luck would have it, I’ve taken new pictures this week. All of our travel plans fell through and we wound up not going anywhere. Mundane is a perfect subject.

My challenge is not only to make the best pictures of these familiar subjects, but to find a slightly different approach to them. A difference in the light, perhaps, or a new angle. This gets increasingly difficult. I’ve got a great many pictures of the Blackstone Canal and river. But not nearly so many pictures of money 🙂 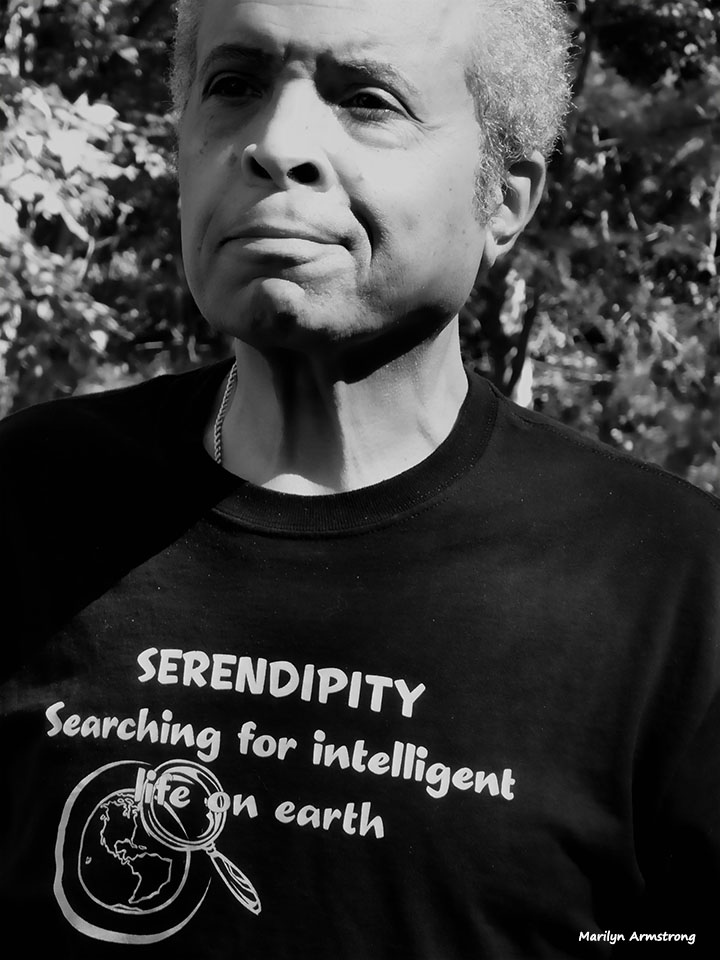 It’s been a strange summer spent, for one reason or another, largely inside. Either the world was full of hairy caterpillars … or the air was so hot and thick with humidity, it was a challenge to take a breath. 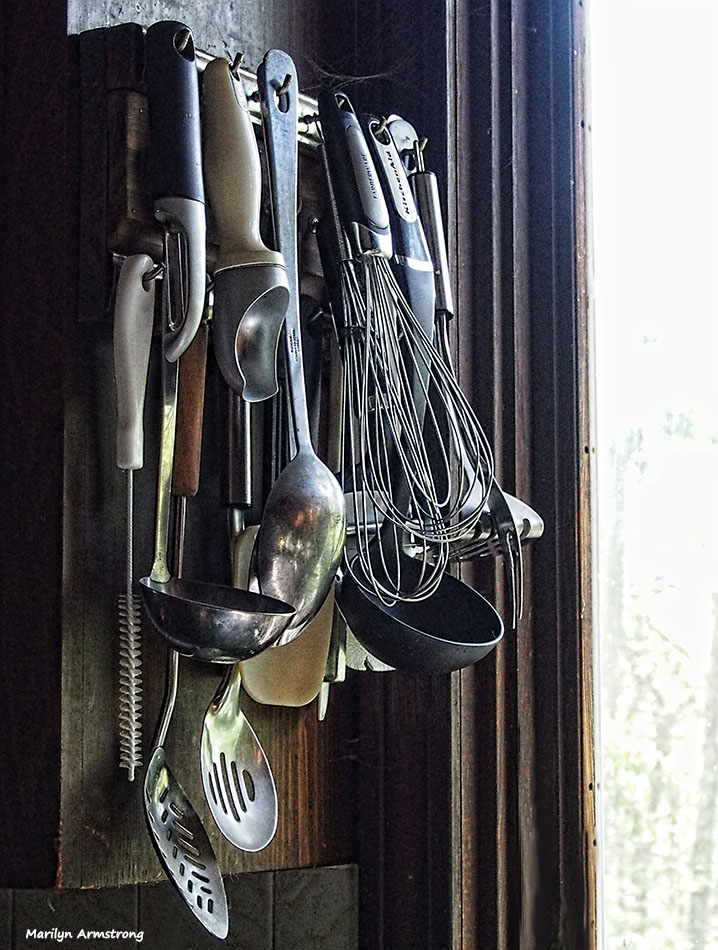 During the past couple of days, as is often the case late in August, the temperature dropped to normal summertime. Hot, but not super-heated.

Regular humidity, not the steaming rain forest dampness. Suddenly, too, Labor Day and the end of the season is closer than the 4th of July. How fast it goes by.

What is your favorite comfort snack food?

Ginger. Crystallized ginger. No matter how many time you ask this question, you will get the same answer. Boring, perhaps, but no less true.

Is the paper money in your possession right now organized sequentially according to denomination and with the bills right side up and facing the same way?

This is a very funny question. It’s been years since I carried more than a couple of ten-dollar bills in the pouch I use as a wallet. The world has spun a few times on its axis. Cash? What’s cash? The only time I need cash is for machines in decrepit parking garages in Boston which (fortunately) have machines that give cash. Then, you can put the cash into the machine which opens the garage gate.

Except … it isn’t that simple. Uh uh. 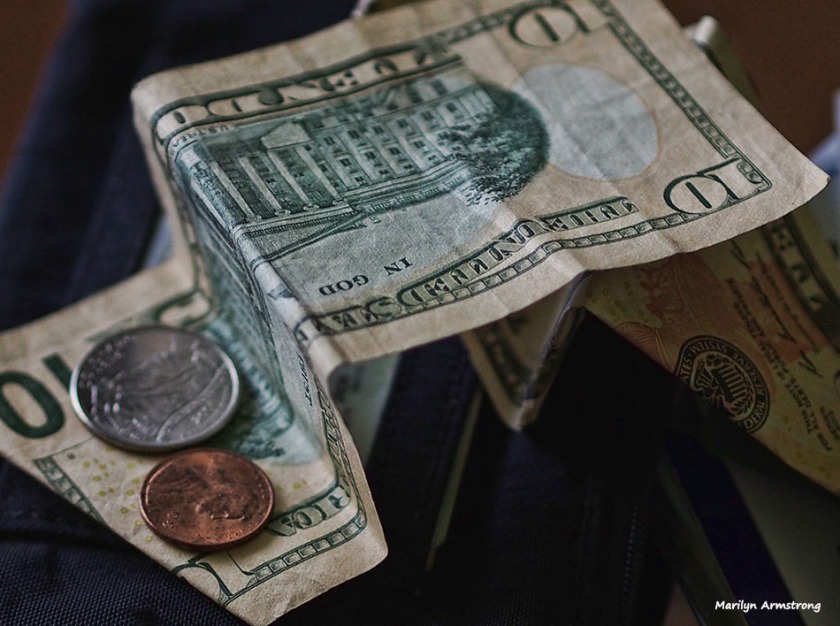 Cash machines give you horribly crumpled money clearly ready for the great money-burning furnace in which they destroy paper money too tired for further use. When you then try to put those bills into a machine, it gets rejected. Too crumpled, with bent corners. You try again. And again.

This process will reduce any normal person to incoherent sputtering.  At which point a sleepy, stoned, slow-moving attendant strolls over.

“Calm down.” No one should even tell an irate citizen to calm down. It merely makes them angrier. Just saying.

I snarl. He looks bored. Eventually, it gets sorted out and we drive away. I ponder how little plastic cards have made life easier — most of the time. 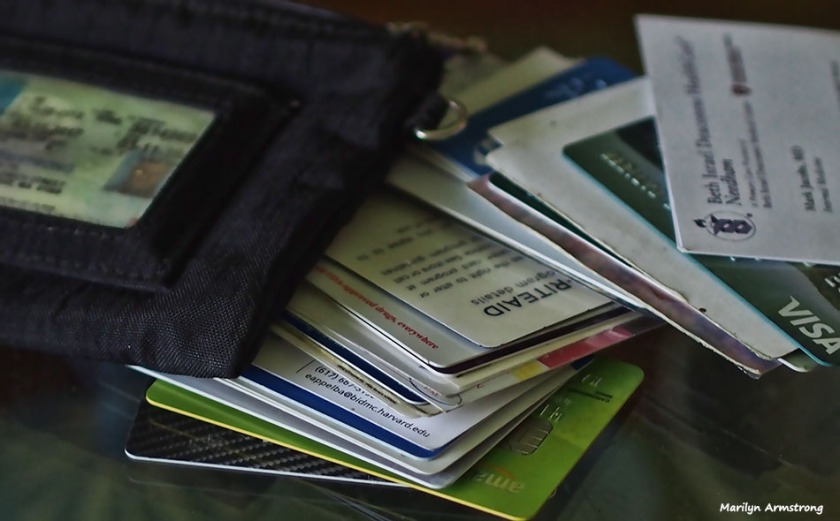 Remember when you had to figure out in advance how much you were going to spend when you went shopping? Getting to the checkout at the grocery store, seeing the numbers roll up and realizing you are short? You know the people in line behind you are going to riot if you hold up the line, but what can you do? There’s a bank at the other end of the mini-mall, but that would take you … how long? 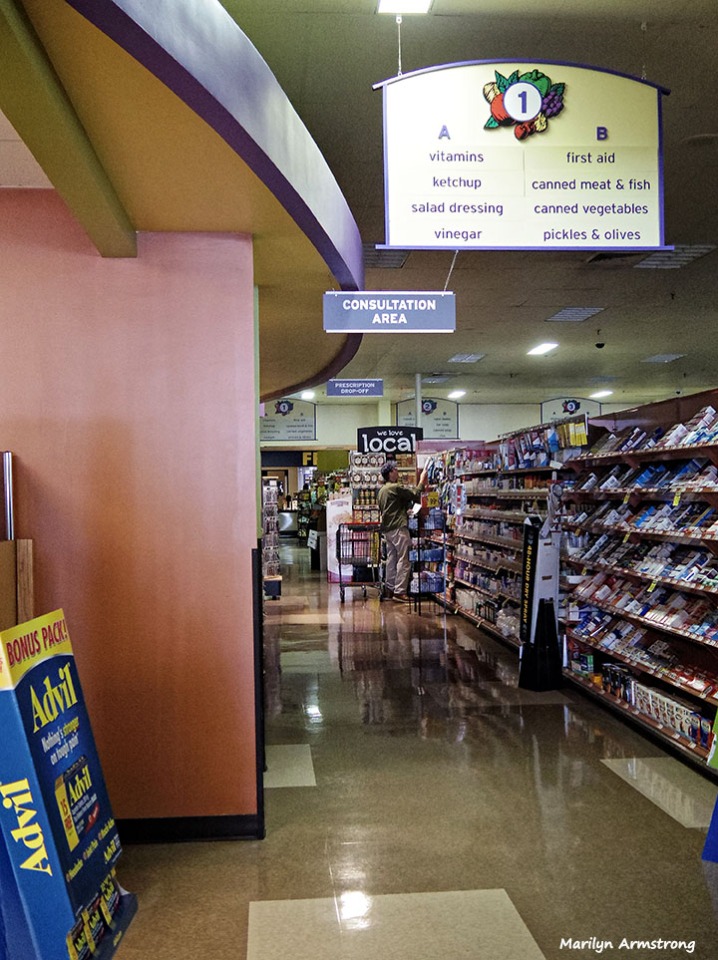 The natives behind you are beginning to grumble. In your mind, you see the angry crowd, the torches. Is there a full moon? How many of your neighbors are about to change into fanged were-animals?

You shake yourself out of this nightmare and realize — it’s okay. It’s 2016 and you have — a debit card! As long as you can remember which way that strip goes into the machine …

If you were a mouse in your house in the evening, what would you see your family doing?

Firstly, if you are a mouse, I would appreciate your taking up residence elsewhere. We have more than enough vermin issues here in the country and I have absolutely no patience with mice. I know you guys just want a warm place to set up house, but you eat everything and make an awful mess. Then, I have to trap and dispose of you. None of those gentle trap. I used to be nice about this, but you abused my generosity and came right back. Now, if I catch you, death will follow. Live … but not here. 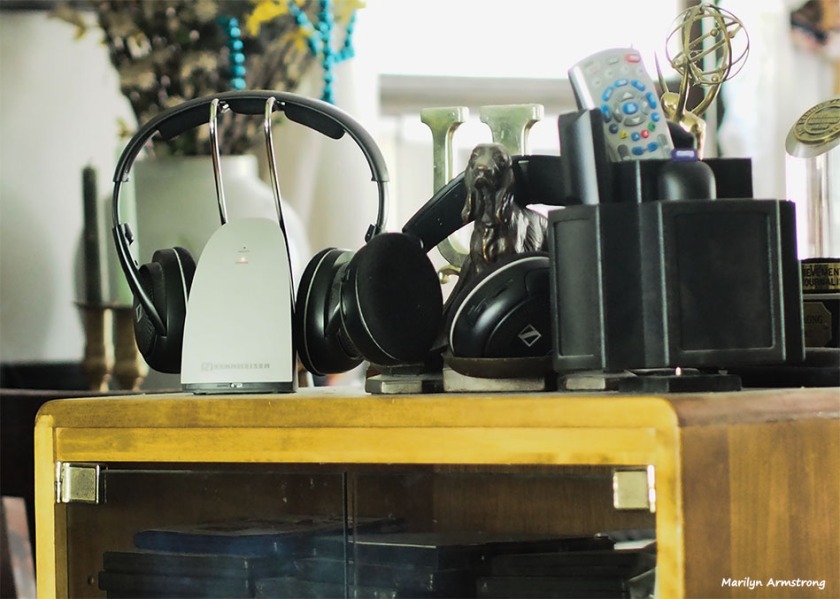 If you actually did hang around and neither of the terriers thought you looked like a snack, you’d see us watching television. You’d see me writing posts for Serendipity, maybe processing pictures. You’d hear snippets of conversation and the occasional ring of the phone. Not very exciting, but I suspect that’s more or less the scene in homes around the world.

I stand on my Fifth Amendment rights. I will not incriminate myself. Or discriminate against myself. Or whatever applies.