Home › Ethics and Philosophy › NO VIRTUE IN VICE

NO VIRTUE IN VICE

I don’t have much in the way of thoughts about vice. I’m not even sure what it is any more. This morning, in one of those online chat things I do these days in lieu of actual conversations with customer service people, I discovered that “LYING” is only lying if I do it. If they tell me something that is completely untrue and I believe them, it is a misunderstanding. So when they said “We are fixing this and should have a solution soon” and they really meant “This is the way it’s going to be and we’re not going to change it. Ever.” And I believed them, it was my misunderstanding rather than their outright lie. I would normally have categorized it as “vice,” but give the state of the body politic and all the crap I see in the news, I’ve decided telling the truth versus lying is no longer meaningful. If I say something without any basis in fact and claim it’s the truth, but you later realize it is not the truth and, in fact, bears no relationship to truth as anyone understands it … it’s just a misunderstanding.

So how can there be vice if there is no truth?

Fortunately, there still is AD-vice, which is free. Sometimes, it even contains a particle of useful information. I hesitate to suggest that it might also be true because … well … you know … what IS truth? 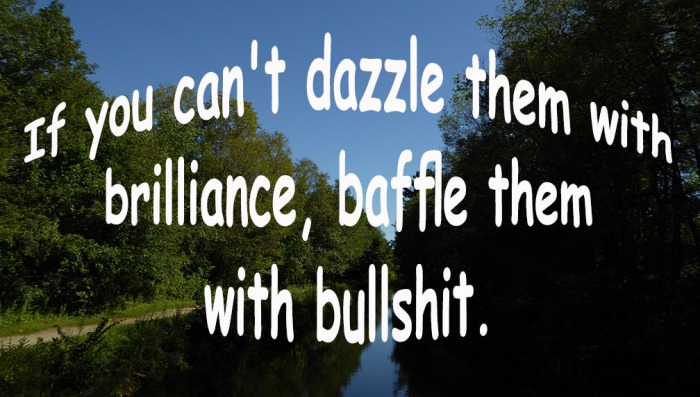 As the years have crept by, I have given up a lot of stuff, most of which (it turns out), I didn’t need in the first place. I gave up worrying. I gave up working. I gave up on the lottery, even though I still occasionally buy a ticket (just in case).

Some stuff gave me up. Some people gave up on me. Other things, just slipped away. In the end, it’s the same.

So. Now. If anyone asks me how or why I have given up whatever it was, virtue, vice, or anything, I tell them it was for religious reasons. No one ever asks what I mean by that. But just so you know  …

It doesn’t mean anything.

It’s a misunderstanding. Not a lie. Just a way to end the conversation. No one wants to offend me by asking for details of my beliefs. They might turn out to be embarrassing or bizarre. Thus my all-purpose answer to everyone is “on religious grounds,” “for religious reasons,” or “on the advice of my spiritual counselor.”

These powerful words can make any conversation vanish and I never have to tell someone to shut up. It works on everyone except those who really know me. They will raise one or more eyebrows, and fall over laughing.

It’s similar to (but entirely different than) my all-purpose answer to “How are you?” With the biggest, broadest, fake smile I can muster and with heartfelt enthusiasm, I say: “I’m FINE!” 99.9% of the time, this does the job. Test drive it yourself.