A HARD AND ROCKY ROAD: WHY AUTHORING DOESN’T PAY

I probably will never need to buy another book. I’m a popular reviewer. When I worked at Doubleday, I was extremely popular there, too. Probably because I read the books. So many reviewers don’t read the books they review. You can tell when you read their reviews that all they did was skim the first couple of pages and work from the publisher’s summaries. TV critics seem to be doing the same thing these days. Sometimes movie reviewers, too. It’s why we read a book or see a movie, then check reviews and wonder if it’s the same book or movie. 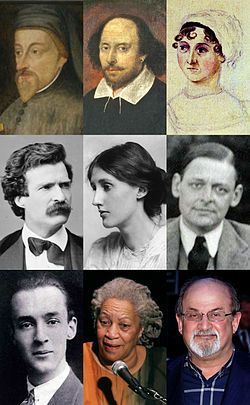 I remember at Doubleday I would discover that the publisher’s summary was factually wrong. Wrong names for major characters. Wrong relationships between characters. Incorrect plot description. It was clear whoever wrote the summary had not read the book.

So … who did read the book? Did anyone read it? That was in the mid 1970s, when most people did read, at least sometimes. Now? Does anyone read books before they are published, and have reviewers read the books they are praising or panning?

Until this year, I was a judge for a major book award. I did it for more than a decade. It started out as fun. You’d get a bunch of books, read, review, and rate them, picking a few to move on to the finals. A few years ago, they started sending me more books … so many I could not possibly read even half of them in the allotted time. Last year, I think I had almost 100 books to judge with an average of more than 300 pages per book. And just five weeks to read them all.

It was hopeless. A couple of books were more than 500  pages. These were books that needed considerable stage-setting before the story began. Depending on genre, authors may devote a couple of hundred pages to explaining how their world works. If there’s magic. Rules of the physical world. Some geography. Who and what gods are extant — or were. What languages are spoken. A bit of history, so characters don’t walk onto an empty stage.

Tolkien was a genius at world-building, which is why he remains the gold standard for the fantasy genre.

If you only have an hour to give each book you’re judging, how can you, in good faith, even get a sense of what the book is about, much less if it’s good? Were you to put J.R.R. Tolkien to this test, you’d never get out of Hobbiton. More than 300 pages of Lord of the Rings is geography, language, history, and demographics.

All history books require substantial background, as do historical novels and time-travel books that are historical novels in science fiction garb. A lot of writers use “the wormhole in time” to get readers to be “in the time” rather than looking back at it. It’s been a popular ploy for generations.

So this year, I said no to judging. It wasn’t fair to the authors to judge them without giving them a proper reading. I have to wonder how many other “awards” are done this way, with over-burdened judges who have too many books or whatever to review without adequate time in which to do it. I’m sure I was not the only one who got down to the wire and was unable to even skim several books before “judging them.” I wouldn’t do it again.

For all of these reasons, I’m diligent about reviewing books — or anything else. I’m not getting paid and reviews won’t make me famous or rich. They won’t even buy me a quick meal at Mickey D’s. But it is a big deal to authors. Reviews make or break books, even for established authors.

I suspect all authors are perpetually being judged. Reviewed. Each book is a trial by fire. A book doesn’t sell and suddenly, your publisher forgets your name. The industry wants nothing to do with a failing author. Even if you have written a string of major best-sellers, you are only as good as the sales figures of your most recently published volume.

I doubt any of the great authors of the past would thrive under these conditions. Can you imagine Hemingway doing his own PR? Or Capone? Can you imagine Shakespeare dealing with focus groups and fighting for his contract to be renewed?

So I do my bit. Not for money or glory, or even for the authors, who I love. I do it because if no one cares about the quality of books being published, eventually it will all be pulp and garbage. There will be classics from days of yore and nothing new worth reading.

I have had people tell me I’m stupid for doing so much work for free, but authors don’t have money — and publishers won’t pay. Even successful authors — unless Hollywood has bought their books — aren’t financially secure. Maybe Stephen King and Michael Crichton don’t have to worry about where the next check will come from, but every other author I know — and at this point, I know more than a few — are scraping by. Many still keep their day jobs because there are mortgages to pay and kids to feed.

You have to love writing for its own sake. As a profession, authoring is a hard and rocky road. Glory and riches come to few.  Maybe publishers get rich. I hope someone is making money, because as far as I can tell, most authors don’t.