No ice this year, but we have had some astounding, huge, ice dams in past winters. This was shot from inside through the ice. It was the winter when we didn’t have any snow until the very end of January, but managed to accumulate more than 12 feet by mid-March. After it began snowing, it forgot to stop. 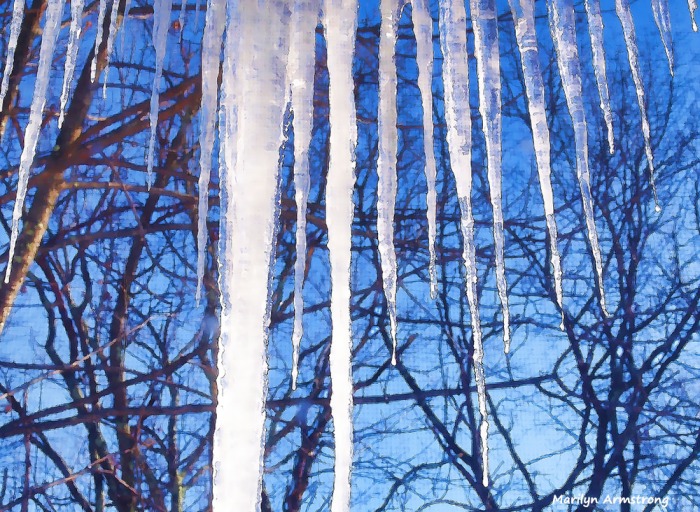 The “grid” in the background is the window screen. I should have removed it before winter. The ice destroyed it.

Icicles look pretty, but they do a lot of damage to houses, especially roofs and eaves.  Ice weighs down tree branches, causing them to snap. Sometimes, ice will cause entire trees to fall. Ice dams can prove dangerous.

You can more clearly see the screen in this picture. By now, the ice had formed a curtain.

A big one can weigh several hundred pounds. I know people who have been seriously injured by falling ice.