Home › Author › SHARING MY WORLD – ANOTHER WEEK, ANOTHER WORLD CHAMPIONSHIP

SHARING MY WORLD – ANOTHER WEEK, ANOTHER WORLD CHAMPIONSHIP

Regarding your fridge, is it organized or a mess inside?

It is an organized mess.

Do you prefer your food separated or mixed together?

Separated. I like to taste each thing as itself. Otherwise, I’d just throw it all in one big pan and cook it together.

I mostly listen to audiobooks these days, but regardless of form, speculative science fiction and fantasy is my top genre with detectives and mysteries running a tight second and history running a very close third. I tend to read in waves. When I find a new author, I read everything he or she wrote, sequentially if possible and sometimes, twice. Favorite authors (in no particular author) include Gretchen Archer, Kim Harrison, Ben Aaronovitch, Mike Carey, Jim Butcher, Barbara Tuchman, Jodi Taylor, Connie Willis, Doris Kearns Goodwin, David McCullough, James Lee Burke, Jasper FForde, and Anne Golan. I’m forgetting dozens more because I haven’t had nearly enough coffee. 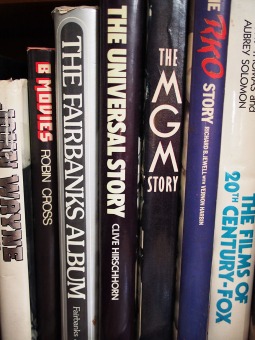 I have a particular love for anything funny, witty, involving time travel, and the undead (except zombies … I’m really not into zombies). I do not like dystopian future stuff because it depresses me. Reality is entirely dystopian enough. I do not need to feed the beast.

I also love a good thriller and historical fiction, as long as it isn’t too sappy. My love of history started long years ago with Thomas Costain’s books and of course, the brilliant and oft-overlooked Angelique series. Fiction got me hunting real history and taught me that no matter what people make up, the stuff that really happened is more bizarre. You can’t make that stuff up.

Close your eyes. Listen to your body. What part of your body is seeking attention? What is it telling you?

My right shoulder, the one with the bad rotator cuff, is trying to kill me. I wanted to get it repaired years ago, but was told (and I think I should have gotten another opinion on this) that it was beyond repair. Usually, if I’m careful, it doesn’t bother me. The problem is that I am short and that shoulder really hates when I raise my arms to get something from a cabinet … all of which are above me because I am really SHORT. The stretch and lift thing is lethal. I have reached a few times too many recently. Now, as I sit here with the heating pad on my back, I realize I am going to have to give it a rest. If I don’t, it will keep getting worse until I can’t do anything at all. 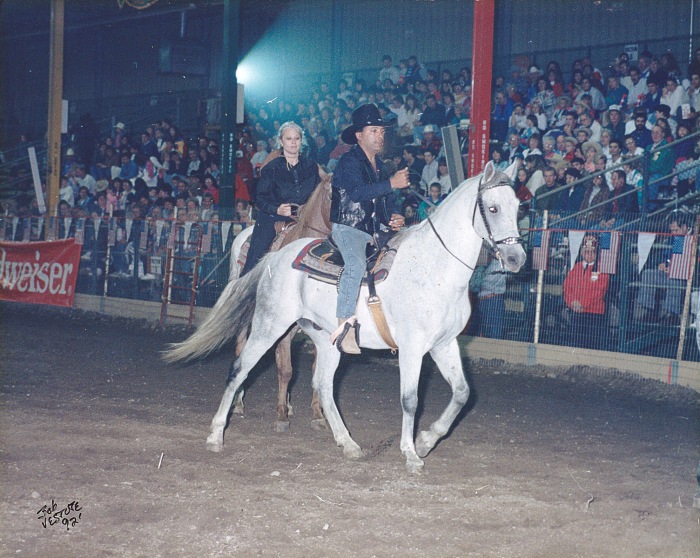 This is another reminder of the days when I rode horses and fell off a few. I yanked that right shoulder out of joint a couple of times. Eventually, it began popping out of the socket whenever I used the arm fully extended. I had to tuck the arm in and keep the elbow bent and below shoulder level. I didn’t count on shrinking as I got older and having every cabinet above my head.

Optional Bonus question:  What are you grateful for from last week, and what are you looking forward to in the week coming up?

Grateful to the Pats for winning the Superbowl.

Shamelessness, thy name is sports fan. For nearly a hundred years, no team in New England won anything. Except the Celtics (basketball, for the sports-challenged) who had an incredible run from the late 1950s through the 1960s during which period they were the best (and dominant) team in the sport.

Otherwise, it was a long, barren time for New England fans. A pathetic and seemingly endless run of embarrassments, near misses, and coulda, shoulda, woulda. Then the world turned the corner into the 21st century. The Sox got new owners. In 2004, they won their first World Series since 1918. They won again 2007, and 2013.

Meanwhile, the Pats got Bill Belichick and Tom Brady.

Brady wasn’t supposed to be the “real” quarterback. He was filling in for Drew Bledsoe, who was injured. Talk about Serendipity. 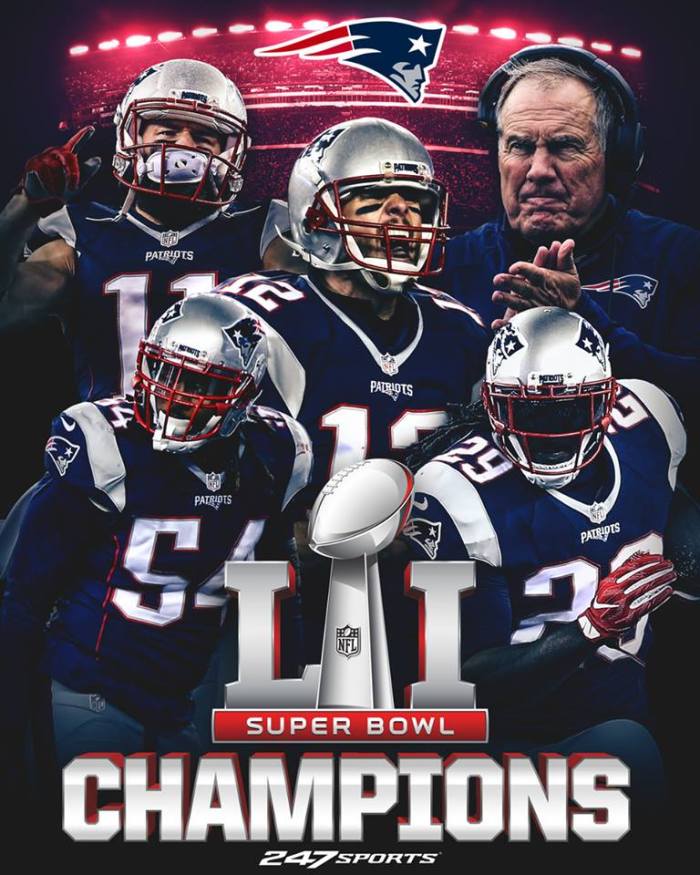 The rest, as they say, is history. This year’s Superbowl was, even as spectacular sporting events go, spectacular. If you aren’t a sports fan or are a hardcore “I hate the Patriots” sore-loser, too bad. Because that come-from-behind victory in the first-ever overtime in Superbowl history was amazing. The Pats were toast. They couldn’t win. Down by 25. Then, magically, the game was tied with just 57 seconds left on the clock.

Overtime! They won. With a politically challenged, 39-year-old quarterback, they won. Roger Goodell got a well-deserved and totally earned booing. The Patriots made all kinds of history. Falcon’s fans sat in their living rooms stunned, wondering what hit them. Perk up Falcons and fans. You’re a great young team. Time is on your side.

It was a very good night for New England and a bright spot in what has got to be the most depressing year I can remember.

As for next week? I can just hope it isn’t too awful.