Home › Culture › DESCENDING TO THE CENTER OF DISSENSION

DESCENDING TO THE CENTER OF DISSENSION

In Hebrew, one is always said to be “going up to Jerusalem.” Not only because Jerusalem sits on a mountain — not one of the Rockies or the Himalayas, but a mountain — something you’d know if you tried to drive there in a small car up the roads to the city from the coast, but because it is closer to heaven than other parts of earth.

For Donaldo MacCheesehead, it is definitely descending.

MacCheesehead’s trip to the middle east terrifies me on one hand, but on the other makes me laugh uncontrollably — to the point of falling down. If I had another hand, I’m not sure what I would do. Maybe weep?

Jerusalem – the star in the middle was where I lived, an area called “Baka.”

I remember when I went up to live in Jerusalem. I had read Exodus (Leon Uris) probably 100 times the year I was 14. I had been exhorted by my mother and many other family members on the importance of Israel to Our People. For the life of me, I couldn’t see why everyone couldn’t reach a sensible settlement. I’m a lot smarter than Chief Orange Blossom, but it turns out, you really need to live there for a while to “get” it. When I finally got it, I knew it was time to go home. I was not going to settle the problems. Not mine or anyone else’s.

To say that it’s “not as easy as it appears” doesn’t come near the heart of the problem. There isn’t a heart to the problem. So much of what happened in the region took place long enough ago that its remembrance is wildly twisted. The shape of the past bears little resemblance to anything that really happened. It has been buried by myth, opinion, counter-opinion, hopes, dreams … and far too much money spent on guns and hate. 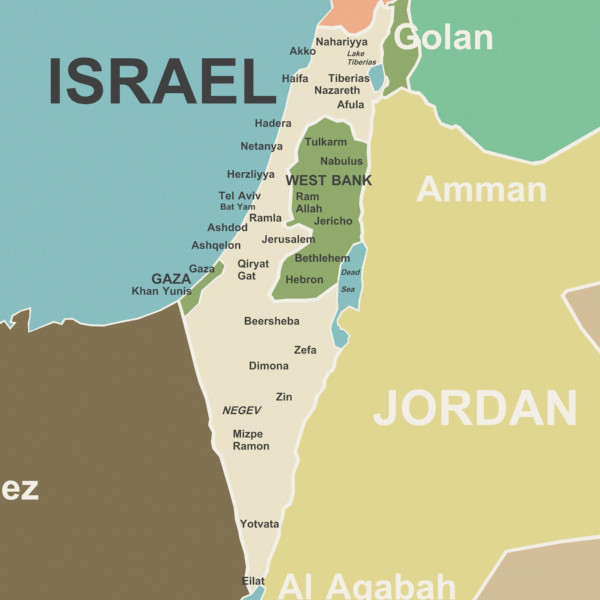 Who did what, when, and why? There is some truth to everything, but there is no absolute Truth in the craziness. No final, resonating Grand Truth against which no argument will stand except this single one.

The Jewish people deserve a place on earth where they can live and not be slaughtered because they are Jews. You can’t extract that position from the equation and come up with any answer.

The return of lands to Egypt and Syria

Since that is what “the Arab States” have consistently demanded, there has been no significant progress … collectively. Yet there has been quite a lot of progress between individual countries. Even before Jordan and Israel had an “official” peace, they had a good, working, informal agreement. And a lot of traffic between the two countries.

The peace with Egypt has had its ups and downs, but it still is hanging in there, on some level, and maybe if that nation’s own craziness were to fade, things would probably improve elsewhere, too.

Syria? Well, that’s not happening anytime soon. Lebanon? I don’t know what’s going  on up there, these days, so I have no current opinion. If I had one, I’m sure it would be complex, confusing, and involve hashish.

Israel in context with neighboring countries

America’s Orange King is going to discover — soon — that nothing in this part of the world is simple. He has not risen to Jerusalem, but rather fallen into the mire. In many ways, it should remind the man of his own issues with truth. Because in the middle east, there is no truth. Just fights, disagreement, disputes, arguments, confusion, dismay, ancient hatreds, and grudges which will never die.

“Simple” in not a word to use when talking of Israel and her neighbors.

If not for the future of human life and death on Planet Earth were not part of this conversation, it really would be funny.

So. For a man whose ability to focus on a problem is shorter than two minutes, getting him to “think” about making peace in the middle east really does make me choke with laughter … and tears. I’m sure his vision for the region is … HUGE!

Like Loading...
‹ IF HE DOESN’T KILL US, HE’LL MAKE US STRONGER – BY ELLIN CURLEY
TALKING ABOUT STUPID ›