Home › Economics › WHY ARE YOU WEARING THAT THING?

WHY ARE YOU WEARING THAT THING?

“How come Gibbs is wearing a coat in Arizona in the summer?”

I was talking to Garry. It was an NCIS rerun. We watch a lot of reruns, though this new fall season of TV is shaping up better than I expected, so maybe there will be new shows to watch. 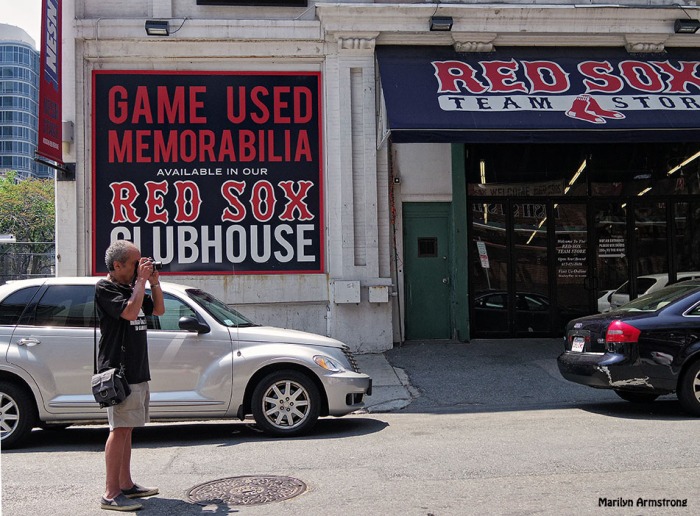 The question about costumes comes up often and on various shows. One of the more common “duh” moments is when the male lead is wearing a coat and the female lead is skimpily dressed. No explanation needed for that one.

More weird is when each cast member is dressed randomly, apparently without regard for the plot. One is wearing a heavy winter coat, another a light denim jacket. A third is in shirtsleeves. Some are clothed in jeans or other casual stuff while others look ready for Wall Street … or a cocktail party. Women are supposedly hiking. Or running from or after serial killers while wearing 4-inch spike heels. My feet hurt looking at them.

Garry and I have done a tiny bit of movie “extra” work so I’m guessing it goes like this:  “Go find something that fits in wardrobe and be on set in ten.”

Everyone hustles off to wardrobe, which looks like a jumble sale or the clothing racks at the Salvation Army store. Most of the clothing in wardrobe probably came from some second-hand source or other. The cast dives in looking for something that fits. As soon as they find an outfit … any outfit … they head for a changing booth, then off to be on set before someone yells at them. Stars get slightly better wardrobe or wear their own clothing. Wearing ones own clothing, both on TV shows and movies is quite common. I understand why.

The real question is not why everyone on a show is poorly or inappropriately dressed. It’s whether or not the people who produce the show think we won’t notice.

My theory is they don’t care if we notice or not. They don’t want to spend money on wardrobe. They figure if you and I notice, we won’t care. In any case, we’ll keep watching. And they’re right. It’s a bottom-line  world. Wardrobe is an area where corners can easily be cut.

The thing is, we do notice. You don’t need to be a professional critic or especially astute to see the incongruities of television costuming.

It’s not just costumes, either. Sloppy editing, crappy scripts, stupid plots that include blatant factual and continuity errors. Ultimately, we do stop watching. Because it’s obvious they don’t care so why should we?

You notice it on long-running shows that had good scripts and editing, but not any more. Quality drifts away. Producers are baffled when loyal fans stop tuning in. Obvious to a normal person, but apparently incomprehensible to network executives. Disrespect for viewers is at the root of much of the illness besetting the TV industry.

They should be nicer to us. We’re, after all, the customers. Aren’t we?