It has always fascinated me that ideas can somehow just ‘pop’ into my head. Creative thoughts, insights into situations, or even solutions to problems can just suddenly appear to me. It’s the light bulb going off in your head. It’s also called an epiphany. 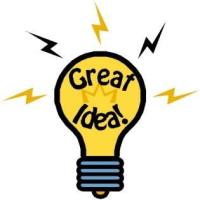 Everyone knows that when you’re obsessing about something and hit a brick wall, you should give your mind a break. You should do or think about something else. After that down time, you’re more likely to see things more clearly. You may even have that “Eureka moment” when a full-blown idea just comes to you. Apparently Paul McCartney ‘heard’ the complete melody of “Yesterday” in his head when he woke up one morning.

Scientific research has been done on this type of epiphany. “Eureka moments are associated with a distinctive burst of high frequency activity in the brain’s right temporal lobe. This burst of activity is preceded by a brief ‘brain blink’ during which a person is momentarily less aware of his or her environment.” John Kounios, “Eureka! Yes, Eureka!”, New York Times, Sunday, June 11, 2017. 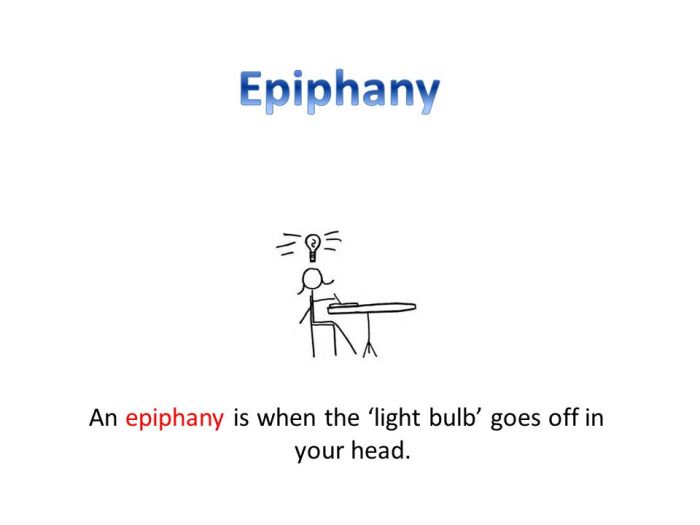 So this is a real, physiological phenomenon! But there are two factors that must exist to allow for this to happen. One is that a person must be in a positive, relaxed mood. Anxiety is not conducive to any kind of creativity. The other is that the idea must be based on new connections between things you already know. These insights can’t come out of nowhere in a vacuum. The elements of your ingenious thought must already be floating around in your brain somewhere.

This explains why ‘sleeping on’ something stimulates the light bulb effect. You know, when you go to bed thinking about a problem and you wake up with a fully formed solution. That’s because the relaxed brain during sleep is fertile ground for the Eureka Moment spurt of brain activity.

Very often, when I’m writing a blog or a script, I wake up with phrases or ideas or edits that had eluded me the day before. I keep a pen and pad next to my bed so I can write these things down before I forget them. That’s part of my writing process.

It’s nice to know the scientific explanation for why these mini lightning strikes happen so often. It’s also nice to know that Eureka moments will keep happening. Without them, writing would be much more difficult and far less inspiring.