It’s a line that comes up near the end of Robert Redford’s 1984 film, “The Natural.” Redford’s “Roy Hobbs” character is reflecting on the odd turns his life has taken, but he is still playing baseball, still chasing his dream. It’s a wistful, melancholy reflection because the protagonist has lost many productive years because of a bizarre and almost fatal incident.

As many of you know, I’m a life-long baseball fan with roots dating back to the late 1940’s and the Boys of Summer, the Brooklyn Dodgers.

I’ve always loved baseball!  It’s had an almost hypnotic grip on me. I fantasize about baseball the way some men day-dream about a tryst with a beautiful woman. There are only a handful of really good baseball movies. Hollywood, for some reason, hasn’t been able to get a grip on baseball. The short list of good baseball movies includes “The Natural”, “Bull Durham”, “Field of Dreams”, “Major League” (The original), “42”, “Cobb”, “A League of Their Own” and one or two I’ve forgotten.

“The Natural” and “Field of Dreams” top my list.  Some baseball purists, including a couple of Boston sports writers I know, claim those films are too hokey and sentimental. I disagree. Both films carry the lyricism of baseball. They are “print the legend” movies about America’s national pastime. Pro football is great but baseball is special, part of the fabric of our American dream.

My favorite memories, then and now, are of baseball games played during hot summer afternoons. They are languid, not long. Each at bat is drama unto itself. What will the pitcher throw? Can the batter hit the 100 mph fastball? It’s really a chess match between two teams, managers trying to out-scheme each other. I still stand and gasp when great defensive plays are made. This year’s Boston Red Sox have several gifted young players. Mookie Betts, Xander Bogerts, Jackie Bradley, Jr, and Andrew Benentendi are capable of highlight reel plays in the blur of a second. It’s a joy to watch them play.

The long-maligned Chicago Cubs were the talk of the Nation last year when they won their first World Series in over a century. Everyone felt good for the Cubbies and their fans. It didn’t really matter that your team was on the outside looking in. Real baseball fans have a special bond. Our political leaders might take note.

The New York Yankees have their own core of talented young players.  Mother of mercy, did I just say that?  Never in the wide, wide world of sports did I think I’d watch and appreciate the dreaded Yankees. Applaud “The Pinstripes”?  Family and old friends would gasp in disbelief. The “Baby Bombers” include Aaron Judge, a giant of a young slugger who is setting the baseball world on its ear. Judge, 6’7″ or 6′ 8″ is a muscled Paul Bunyon who appears on the verge of becoming a legend as a rookie. He’s already surpassed Joe DiMaggio’s record for home runs by a rookie and we’re just past the midway mark of the season.  Aaron Judge has the looks and personality of one of those old “Wheaties” Breakfast of Champions heroes. I tune into Yankee games just to catch Judge at bat. His home runs are routinely Ruthian.  You have to be a genuine baseball fan to appreciate Aaron Judge in a Yankee uniform. He appears to be (so far) this generation’s new superstar without the baggage of arrogance or rumors of drugs.

The new generation of Yankees and Red Sox promises to fire up their long rivalry, hopefully with appreciation rather than spiteful dislike.

The Yanks visit Fenway Park in a few days for a four-game series. It promises to be exciting and fun for all. It certainly will get me away from our national political angst. 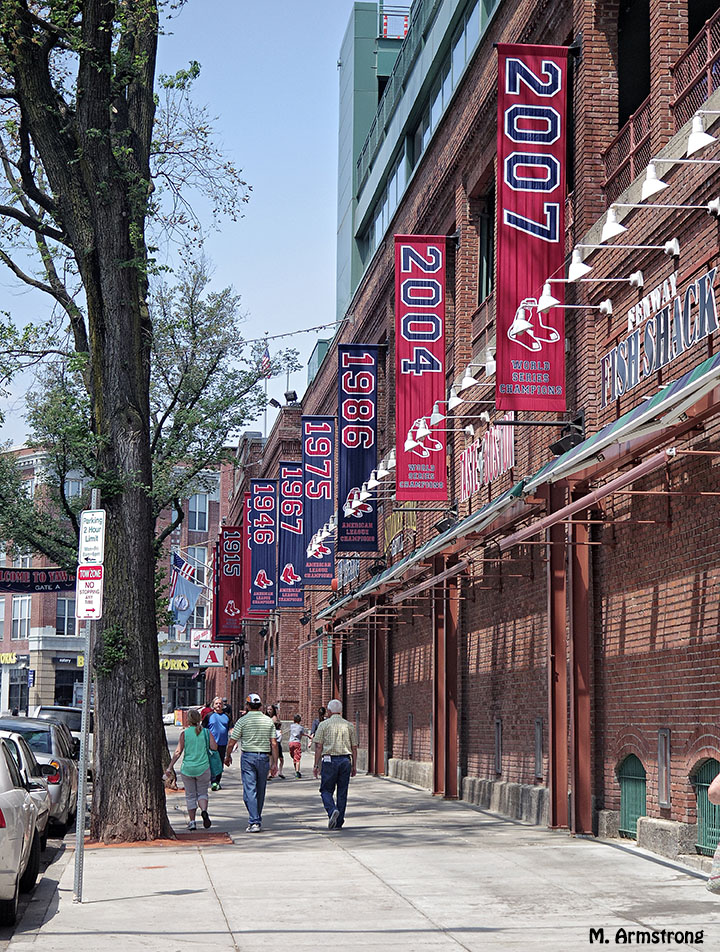 All of which brings me back to “The Natural.” I’m 75 and still have boyish dreams. Yes, some are X-rated. Men are pigs. No argument. However, most of my dreams are about baseball. I’m Roy Hobbs who is a composite of Ted Williams, Joe DiMaggio and (for me), Duke Snider.

Robert Redford admits he copied Ted Williams’ batting stance, even his uniform number 9. Redford’s grace on the base paths and in the outfield remind me of my hero, Duke Snider. There’s a sense of grace to his movements, even the way he swings his shoulders as he runs. I shamelessly copied those movements when I played baseball as a not-very-gifted youth and adult.

If I could have one genie wish, it would be to morph as Roy Hobbs in his prime. I think now, more than ever, America needs Roy Hobbs to hit a walk off home run and send us home with unbounded happiness.

As a reporter for Channel 7 in Boston for 31 years, I was witness to most of the major events affecting the region. I met a lot of people ... politicians, actors, moguls, criminals and many regular folks caught up in extraordinary situations. Sometimes, I write about the people I've met and places I've been. Sometimes, I write about life, my family, my dogs and me. Or what might otherwise be called Life. View all posts by Garry Armstrong

The reblog button only shows up when you click on the title of an individual post, not when you are scrolling through. I don’t know why, but that is how it works. If you want to reblog (and you are welcome to do so), click on the title of any individual post, then scroll down to find the reblog button. I’m sure WordPress has its reasons for making it more difficult to find the button, but it’s better than it was when they completely deleted it a while back — and ultimately replaced it when everyone objected.