MY GRANDFATHER – THE EARLY YEARS – BY ELLIN CURLEY

I don’t know too much about my grandfather’s early life. But what I do know is very interesting.

My grandfather, Abe, was born in a part of Eastern Europe that was Russia one day and Poland the next. When an army came through the town, the Jews would hide in the basement because both the Russians and the Poles hated the Jews equally. When the Jews went into the basement in Russia, they’d come up in Poland. And visa versa.

After Grandpa was born, his mother apparently suffered from a very bad case of post-partum depression. She turned on her child and over the years, she tried to kill him. Grandpa’s father and siblings had to protect him from his own mother.

By the time Grandpa was around ten, the situation was untenable. His father decided it would be better for him to leave home and study with rabbis in neighboring towns. So Grandpa became an itinerant scholar at the age of 10. He didn’t talk much about his years wandering around Russia as a child. But he always loved history and studied both Jewish and American history throughout his life. He proudly could name all the American Presidents to me in order. 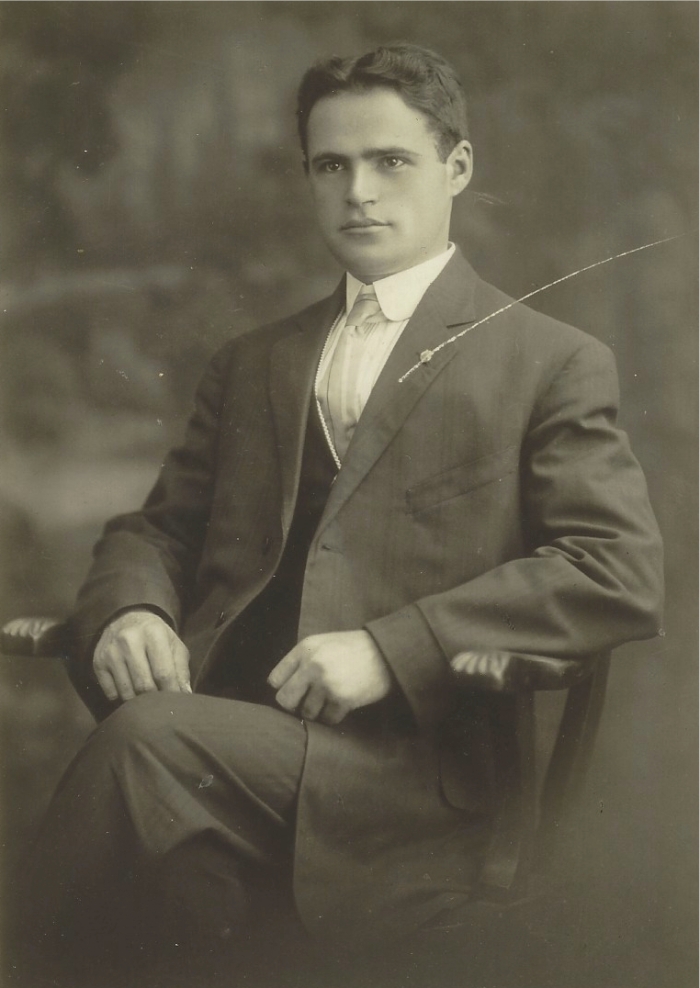 He also developed a fondness for orphanages and always gave money to them whenever he could. I think he identified with children who were cast out of their families. He never even knew his own birthday. He made one up.

Years later, he and an older brother and sister reunited in America and became close. But he never saw his parents again.

Grandpa came to New York City around 1906, in his late teens or early twenties. He spoke Russian, Yiddish and Hebrew but not English. He was taken in by relatives on the lower east side, the Jewish section of New York City. He was allowed to sleep on the floor of their tenement apartment.

To earn a living, he started selling notions from a box hanging around his neck (think cigarette girls). He sold them on the streets and also door to door in the tenements. As a young man, Grandpa was gorgeous, dapper and charming. He also had a way with the ladies. So selling came naturally to him and he was good at his job.

He tells of a day when he was knocking on the doors of an apartment building trying to sell his wares. He knocked on a door, opened it and started his pitch. It was a bathroom and he was talking to a man sitting on the toilet. He was mortified, but he kept on talking and actually made a sale! 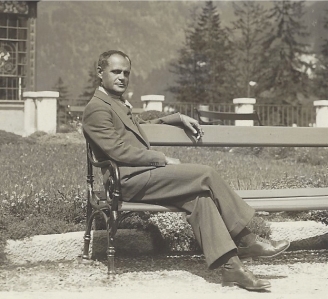 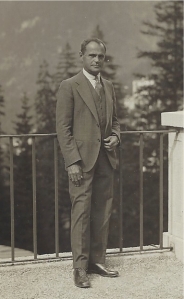 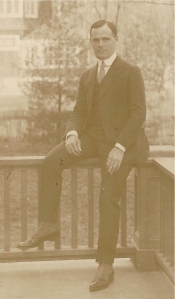 A young Grandpa in New York

Grandpa gradually saved up money and met and married a first cousin, Sarah, also recently immigrated from Russia. Their mothers shared a father but had different mothers. So they were actually half first cousins. So Grandpa’s mother-in-law was also his aunt. My mother grew up thinking that all men referred to their mother-in-laws as “Tante” or “Aunt”.

Grandpa saved up money started buying real estate in New York. He became very well off. But he spent all his money over a seven-year period. He was a hypochondriac and spent the money on spas and ‘cures’ for his imaginary illnesses. At one point, he nearly died of complications from a totally unnecessary surgery. During this time, his wife and daughter had to fend for themselves. He eventually came back home to stay. He made the money back, and more, again in real estate. This was all before my mother was 16. 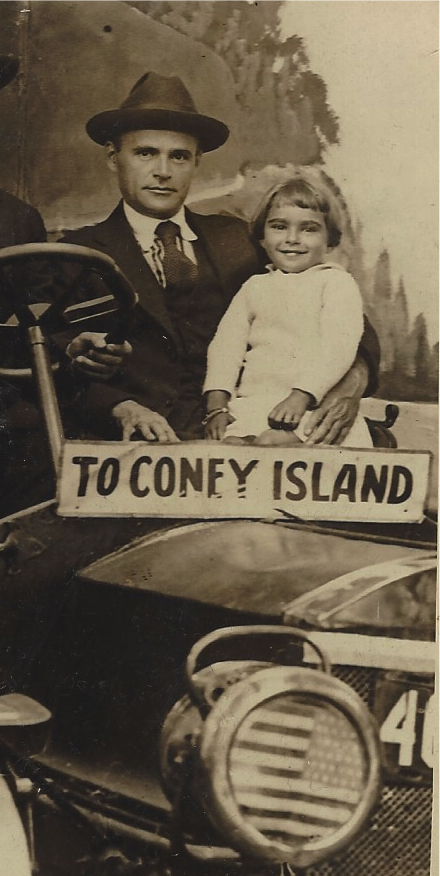 Grandpa with my mom when she was about three

Giving to charities and Zionist organizations was always a big part of Grandpa’s life. He started early, giving what he could. No matter how poor he was, he always put something away in a Tsadaka or charity box on the theory that someone out there had less than he did.

As he earned more money, Grandpa became active in and a contributor to many organizations supporting the State of Israel as well as poor Jews in the U.S. When he died, he was well-known and very well-respected in the New York Jewish charitable community. He did very well for himself and he gave back, in spades. Starting when he had nothing but a roof over his head. He taught me the importance of giving to others, both in his words and his actions. For that I will always be grateful. For a poor “orphan” from Russia, he did good.