I wrote this post months ago. It was originally called “It’s A Crazy Idea, But It Just Might Work”.  I thought it was a joke, but, it turns out it’s working! Rather better than I thought it would. And now, with Trump back in the country …

I’m not the first person to notice or comment on this, but  60 to 70 percent of Americans have been going thru the 5 Stages Of Grief after the election of, well, you know who.

Many have reached Stage Four, Depression. A few have made it to Stage Five, Acceptance.  Now as any grief counselor will tell you, people go through these stages at different times and some go through some stages but not all.  For example, I’ve gone through the first four but I can’t get to the fifth. Unless disgust counts as acceptance.

But here’s the thing.

No matter what stage of grief you are currently in, or whether you will go through all of them or just a few …

THIS GUY IS STILL

THE PRESIDENT OF THE UNITED STATES OF AMERICA!!!!! 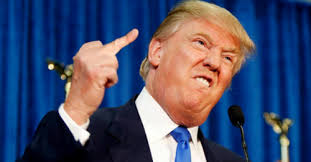 So, what are we going to do about it? 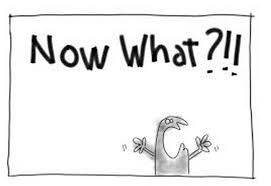 We don’t have a lot of options, but one of our best options is the hope that he does nothing.

By which I mean NOTHING.

Nothing that’s Presidential, like “Running the Country” kind of stuff. Believe it or not, the government would survive if the President does nothing.  If you’ve ever worked for a large corporation you know that if the CEO goes on vacation for a month the company still runs just fine. Most times, even better.

The US government is a huge company and like any giant ship of state, it has a lot of inertia.

Our Ship of State (titanicstory.com)

Most government workers have worked there for decades. Their bosses come and go every four years, but they stay. They know what to do. George W Bush took 407 days of vacation during his two terms. That is one year, one month and 12 days of vacation for an 8-year job.  Looking back, would it have been so bad if he had taken even more time off?

So the problem becomes how do we prevent the new President from doing any “Running the Country” kind of stuff? In this case I don’t think it will be too hard. We, the American People need to KEEP HIM BUSY!

Think about it. For the first time ever, because of Twitter, a single individual can directly interact with the President of the United States and actually get his attention! He responds with amazing consistency. He must fight back over any “Mean Tweet”. “Mean Tweets” have occupied him from a few days to more than a week or so at a time. 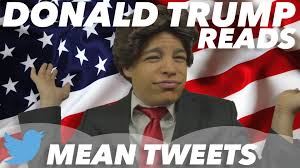 So, we have to come up with “Mean Tweets.” Tweets that will cause him to retaliate.

@HeyLookOverHere! Hey Mister President! Why are your feet so small?! Why is nobody talking? Has the cover-up already started? SAD! #TinyPedaledPOTUS  #TeenyFeetInChief #TenLittleTinyPiggies

I checked this out on Snopes.com and it’s actually true!

There’s been  lots of talk and jokes made about the size of the New Commander In Chief’s hands.  But why has nobody noticed or mentioned his feet?  Turns out, they’re not that big! Proportional to the rest of his body, his feet are tiny!  According to the scales and tables set up by the “American Association of Podiatry Advisory and Measurements Board,” the President-elect’s feet are “… between 20 and 28 percent smaller than they should be for a person of his height.”

And people are starting to notice. People are saying they’ve heard that he buys shoes that are too big and stuffs them with paper ripped from the Wall Street Journal.

That should occupy him for a day or two. We have to all help by re-tweeting each week’s “Mean Tweet”. The more people that re-tweet a “Mean Tweet,” the more the President will notice. He pays close attention to this stuff!

It’s even better if the press picks up the “Mean Tweet”. That almost guarantees a rapid response from the Oval Office.

We all must work together! Organize! Come up with a schedule!! That’s the most important part. A schedule! We have  to keep him busy for four years.

But we’re Americans! We can do it!

My Space!  (OK that last one’s a joke for the old folks.)

This is how the next four years have to go.

CHIEF OF STAFF:  Sir, the Ambassador from (fill in the blank) is here.

PRESIDENT: Leave me alone! I’m trying to pick the right default Instagram filter for all my pictures!

It’s a crazy plan, but it just might work!! And remember, any article or email or post you receive that starts with the statement: “I checked this on Snopes.com and it’s true” … ISN’T!

I obviously made up the story about his feet. But that’s no reason not to re-tweet it. Twitter has been his secret weapon and he’s been using it well. It can also be his kryptonite.

On a separate note, I’m sort of proud that I could write this whole blog without once actually typing the name Donald Trump. 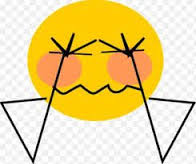