HAROLD AND THE TINY WIZARD

Imagine Harold, Master of Time Manipulation, Lord of the Library and Sultan of the Schedule, being knocked off course by a tiny Harry Potter wannabe, but there he was.  The assistant librarian left him standing in the middle of the Children’s Library with a pint-sized wizard-in-training, hoping to hear the exploits of a “real” boy wizard, Harry Potter.  Harold did not know how to handle the situation.

When Harold retired from his job as a mechanical engineer at a large Midwestern manufacturing facility, he foresaw days of peaceful plans with little interference from other humans.  People would be worked into the schedule as time allowed.  But his retirement proved difficult to control and plans were more like wishes than regular schedules.  Harold, however, was not easily dissuaded from keeping his schedule in tact.

“Can you read that story?” the little boy named after Harry Potter asked.

“I can’t read,” the boy said.  He looked at Harold with sad eyes that would have melted anyone without the strong constitution of the Midwest planner.

“I am sure a boy your size can read just fine,” Harold declared.  The little one shook his head some more.  “What is this word?” Harold said pointing to the word “Harry” on the cover of the book.

“And this word,” Harold said as he pointed toward “Potter.”

“See,” Harold said, “you can read. What about this big word?”  Harold pointed to “Sorcerer’s” and at that the little one started to cry.

“I don’t know,” Harry whimpered, leaving Harold with the most awkward feeling.

“Well it is nothing to cry about,” Harold tried to explain.  “The bigger words will come to you.” Harry shook his head.

“I know ‘Harry’ because it is my name and ‘Potter’ too, but the others make no sense.  They are all mixed up.”

“Yes, it is because I am stupid,” Harry said.  “I have that thing and my mother says I am stupid.”

“What thing?” Harold wanted to know. 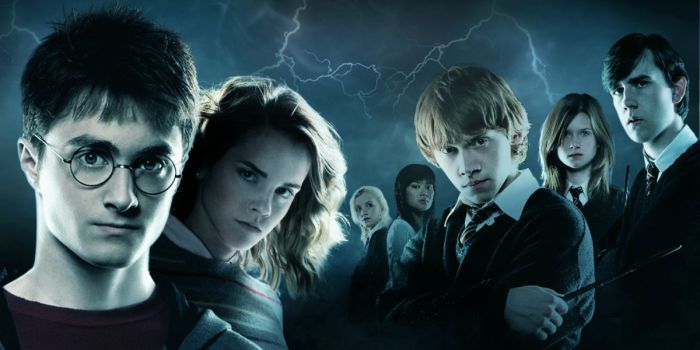 Harold had to think about this.  He was convinced a boy that age should be able to read, and he could not imagine what his problem might be.  My analytical mind went to work until he finally said to the boy, “Dyslexia?”

“I don’t know,” the boy shouted.  After a moment he added more quietly, “maybe.”

“I see,” Harold said, but he didn’t really see at all.  Harold had no experience with children and especially one with a special need.  So the two boys stared at one another waiting for the next comment.

Finally, Harry said, “My mother drops me here all the time and tells me to read until I get it, but I don’t get it.”  A tear rolled down Harry’s round little face.  If anything could be said of this moment in Harold’s life, it might be that Harold never felt so uncomfortable.  So Harold sat in the big chair, and Harry sat in the little chair of the underused Children’s library in the Florida town, both waiting to move on to the story of a real boy wizard.

“Then you don’t need the book,” Harold said.

“But I want to know what the book says,” Harry insisted.

Harold stared at the boy a long time.  The little one had an angelic face and big eyes and a curious nature.  He could not read but  he wanted to know what was in books, and particularly “Harry Potter and the Sorcerer’s Stone.”  Actually, they both wanted to know what was in the book, but Harold could not imagine starting over.  He had already completed the opening chapters and reading out loud was so…SLOW!  After considerable thought Harold finally said, “OK, I will read to you until it is time to leave, but that’s all I can do.  I don’t think we will get very far.”

“OK,” the boy agreed and waited for the story to begin.

“Chapter One,” Harold started, “The Boy Who Lived.”  From there Harold read on until his watch sounded an alarm at 5 minutes to five.  At that he closed the book and announced “It is time for me to go.”

“No,” Harold said.  “I have plans tomorrow and the book is too long to finish anyway.”

“The next day?” Harry asked.

“No,” Harold insisted.  “I will not be back before Tuesday.”

This set Harold into a bit of a panic, “I mean, I am not sure about that. Maybe someone else can read to you.  I am not a good reader.  I am sure that the woman who reads books will be back soon and she can read it.”  The boy just stared, so Harry went on.  “I am not sure of my schedule and I don’t know about reading, besides I am not good at reading out loud.”

With nothing but a staring face looking up at him, Harold finally said, “We’ll see.”  At that, he got up, patted the boy on the top of the head and left the room.  When he got to the front desk, he put the book down as if to turn it in.

“Are you done with this book?” the librarian asked.

“Maybe,” a befuddled Harold replied.  “I don’t know.”  He left the book, walked down the few stairs to the entrance and out into the Florida sun.

Related:  The “Harold stories” in order: “Soup and Sandwich,” “The Case With The Missing Egg,” “Come Monday, It Will Be Alright,” “A Tuesday Mystery,” “A Tuesday Fantasy With Harold,” “A Wild West Wednesday,” “A Library Lesson“

Like Loading...
‹ SHARING THE WORLD – A NEW VOICE ASKS THE QUESTIONS
FAT CELLS: I HAVE A THEORY ›