HORIZON – THE SKY ABOVE THE LINE OF THE EARTH

My favorite horizon is sunrise, but sunset is pretty good too. Anywhere where the sky meets the earth is a horizon. Clear away the buildings and the trees, and there it is. 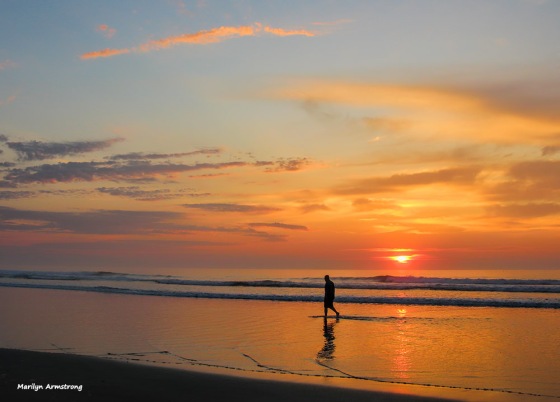 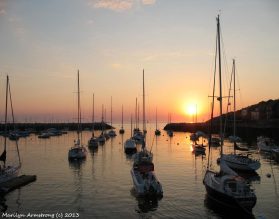 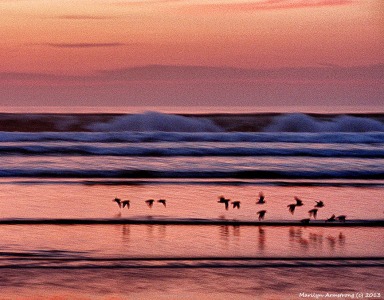 Seeking some shellfish along the shore …. 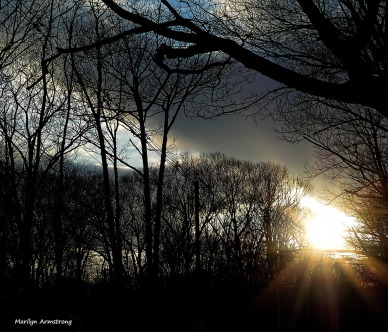 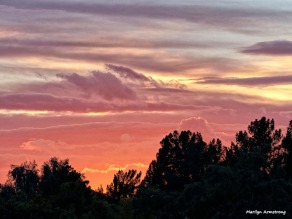 I am having a conversation on Facebook involving a kid drinking water from a dipper, presumably drinking well water. The question was whether anyone had ever had water from a well.

Many people commented that yeah, they had well water, but they used glasses. Like regular people.

I said: “We have a well.” They were unimpressed. Because apparently only city water is “safe” and wells are dangerous. Everyone has city water these days unless they live in the really super deep rural wherever. Total boonies.

Finally, I pointed out if you don’t have a well, then your town has wells. and you get your water from their wells. And pay them to pump it into your pipes. No one uses an old wooden bucket to get water from a well unless you don’t have electricity. Most places have electricity and everyone uses an electric pump, just like the city, but not as big.

So, to sum it up: Water that comes from your well is just like getting it from the city, but closer. Also, it is better water and typically, free of chemicals.

Marilyn Armstrong In the 1950s you got free glasses with your laundry detergent, so EVERYONE had glasses. If there was a dipper, it was so you could put the water into another container — like, say a pitcher? And by the way, a lot of people have wells for water. I’m just 65 miles outside Boston and everyone around here has a well. If you don’t have a well, then your TOWN has wells, so you get your water from THEIR wells. Seriously, where does everyone think water comes from?

Eventually, I pointed out that we aren’t all that rural. We’re just an hour or so outside Boston and everyone out here has a well. Which is typical of most states in New England. We have an aquifer, so when you need water, you dig a really deep hole and when you find water, install a well pump and hook it to the pipes … and voilà! Water!

That was when I asked them if they understood where water comes from.

Do they think when you hook up to “city water,” that water magically appears through some mystical city apparatus? Do they not understand you are getting water from wells or reservoirs, but no one is “making it”? City water is water. Pumped by the city, from wells or reservoirs. After which, they put chemicals in it and send you a bill. A big bill.

I keep hearing how daring it is to drink “raw” water. RAW water? What other kind do you drink? You mean … if it isn’t full of chlorine, you shouldn’t drink it? You know, when you buy bottled water? It comes from a well. Like ours. Sometimes, not as good as ours.

Fresh water tastes good. Our water is delicious. Ice cold because our well is deep. Clear as crystal and free of chemicals.

I haven’t heard a lot about people in the country with wells getting sick from their water. It’s cities where the water is bad.

This was one of the funniest conversations I’ve ever had on Facebook. You all know where your water comes from … right? Just checking.

A Photo a Week Challenge: 12’s a Crowd

Nothing is more crowded — or more difficult to shoot when you are a member of the audience — than an orchestra, not to mention the choir. I’ve been relatively lucky, but I also took so many pictures, at least some of them were sure to come out reasonably well!

Why do I fall asleep during my favorite TV show but at bedtime my brain won’t shut off for a second?

Why can I rationally know that I can handle something but I still get a knot in my stomach whenever I have to do it? (For me it’s driving around an airport).

Why is it that after I promise not to tell anyone “something”, that “something” keeps popping into my head even when I’m talking to people to whom the “something” would mean nothing?

Why do I get upset with people for doing something I know that I do too? (Like interrupting).

Why do I get totally obsessed with binge watching a TV show but never about writing a novel or working at a soup kitchen? 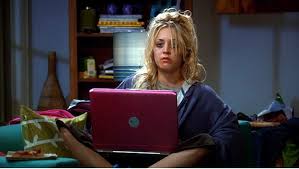 Why do I keep collecting recipes in a giant folder when I know I’ll never use them? (When I do try a new recipe I go online because who has the time to sort through that giant folder?)

Why can I look for something for 10 minutes and not find it but my husband finds it immediately – where I know I’ve already looked?

Why can I grapple with a problem and fail to find a solution, but hours later, when I’m doing something totally unrelated, the answer just pops into my head?

Why can I “zone out” while driving (you know, you suddenly find yourself way down the road and don’t remember getting there) yet I don’t drive off the road or into the car in front of me?

Why does my snoring husband insist he was “wide awake” when I poked him but you only snore when you are fully asleep?

Why is it that when I learn about a disease or syndrome, suddenly everyone I know knows someone who has it?

Why can I get sick but when I go to see the doctor, my symptoms disappear?

Why can I get a 1960’s song stuck in my head for days but not a single password has ever stayed in my brain for that long? 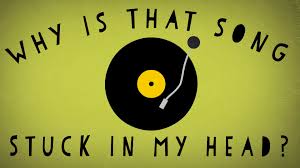 PLEASE COME UP WITH SOME OF YOUR OWN AND SHARE THEM WITH ME!

I haven’t been getting out lately, but fortunately, there always stuff going on inside. Dogs. Snow. Toys. I suppose these could just as easily be considered oddballs! 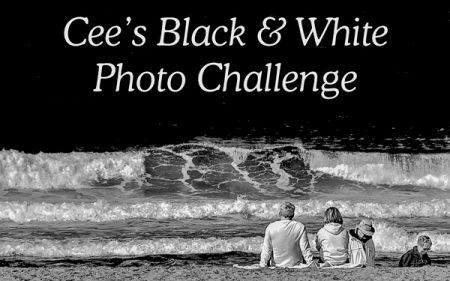