Home › Humor › A THIEF IN THE NIGHT – RICH PASCHALL

A THIEF IN THE NIGHT – RICH PASCHALL

Crimes like this often go unreported. Perhaps there is fear of confrontation. Perhaps there is an embarrassment. Perhaps the deed is temporarily forgotten in the light of dawn. It is evil, nonetheless. Victims need to come forward without fear of retribution. Action needs to be taken against the perpetrators.

The evildoers of these deeds may feign ignorance of their wicked actions. They may say to those who will care to listen to their lies that they meant no harm if harm was done at all. HA! These especially heinous crimes should be pursued by an élite squad known as the Special Victims Unit in order to bring Law and Order back to the home.

We are, of course, talking about those dishonorable reprobates who steal the covers in the night. As a victim you may find that while you were once comfortable in your own bed, a wicked and immoral person has rolled himself (herself) up in your covers, exposing you to the open air. The warmth and safety that you once felt have been taken away by a corrupt person next to you.  Try as you might, you will never recover your portion of the big blanket that was a part of your property. You are left out in the cold, so to speak, while this iniquity goes unpunished. Prior to the light of dawn, there is no way to recover what is rightfully yours so you can re-cover yourself. This depraved action leaves you deprived of your security and domestic tranquility.

As if this encounter was not vile enough, there is also the matter of real estate. You may think that your stake in a territory would be sacred. You may believe what is yours is, well, yours. There are, however, dishonorable “land grabbers” that will sneak in to take your space if the opportunity presents itself. You must protect yourself against the wickedness of those who would swoop in to encroach upon the land.

A property deed will not protect you. No proof of your ownership is respected by these degenerates. The pain and suffering they will inflict upon their victims are absolutely unspeakable. The worst criminal offenders should be pursued by the detectives of the Major Case Squad. Often, however, these atrocities go uncaught and unpunished.

The Case of the Real Estate Mogul

As you have probably guessed, we refer to those corrupt beings who are not satisfied with half of the bed. These noxious mates will take additional territory as if it was the Wild West and they were free to stake any claim they want. It is time to fight back against this villainy. Tweet your dissatisfaction with the term #MyLand. Let the world know we will no longer stand for this wrongdoing.

Victims of the real estate scheme are particularly vulnerable if they momentarily leave their space in the middle of the night due to the calling of nature. It is impossible to ignore this call as if it were the phone that would not stop ringing. But beware! You may return to find that the malevolent mate has swooped in to claim half of what was once yours. You are left with just a sliver of land and little recourse against this sin.

Finally, the Big Blanket Caper and The Case of the Real Estate Mogul are not your only worries in the night. Corruption will also take another form. The pernicious conduct that may befall you may actually and quite literally make you fall. If you think the unpleasant actions that have been taken against you are a mere accident, think again! 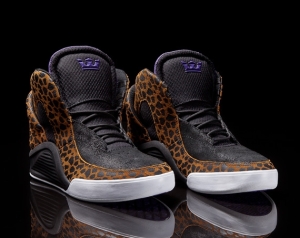 The Department of In-Home Security has issued a black and blue alert as fair warning of the cruel and mischievous outrages that may lay in your path.  These ITDs (Improvised Tripping Devices) may surprise you in the middle of the night as you tumble in the dark. Shoes, flip-flops, gym bags, shopping bags, and any other item that may be used as a weapon will be left where you will not see them. BAM! You have fallen on your trip to the washroom or midnight raid of the refrigerator. You have been an unsuspecting victim in what you thought was a clear path in the night. No mere 4-watt night bulb is likely to provide protection against the disgusting action for which the villain will pretend was an unfortunate error.

Rest assured you are not alone and may speak out to bring down these troublemakers.

There are eight million stories in the naked city, these are just a few.  Feel free to bring these sinister actions to the police who investigate crime and the district attorneys who prosecute the offenders!

See Also: A Trip In The Night