FUN WITH FAKE NEWS! THE RERUN – BY TOM CURLEY

Tom must have a hint of prescience because since the day this posted, the staff at the White House has been disappearing at a prodigious rate. Given that, I figured this needed an immediate rerun!

This story just in from AP, UPI, Reuters, CBS, NBC, ABC, the Onion and other major news outlets.

In a stunning development today, the entire White House staff has resigned including all senior and junior aides, as well as the entire domestic and administrative staff. A letter was sent to the President and released to the press stating, “We the undersigned employees, aides and staff of 1600 Pennsylvania Avenue hereby resign, effective immediately. Our reasons, which are diverse, basically come down to, we just can’t take it anymore.”

Reporters immediately got statements from many staff members, who, in breaking from normal procedure, did not ask to be quoted anonymously. According to one staffer, “Who the hell cares? It’s not as if any of us work there anymore.”

The White House Switchboard is closed. Reporters trying to call it received the following message. “You’ve reached the White House. Don’t bother to leave a message. We’re all out and we ain’t coming back.”

The resignations include most of the President’s cabinet. EPA Secretary Scott Pruit was quoted as saying, “If I can’t fly first class, I quit.”

Secretary of State Rex Tillerson told reporters, “I actually stopped doing anything a few months ago. I spend most of the day watching Judge Judy and reruns of Madame Secretary.”

Attorney General Jeff Sessions was unable to be reached for comment. According to his spokesperson, “He’s gone back to his tree to make cookies”.

Secretary of Energy Rick Perry and Secretary of Housing Ben Carson could also not be reached for comment. Mr. Perry still can’t remember which department he works for or where it is. Mr. Carson was asleep.

The Secretary of Defense is staying on the job, mostly to, quote: “Keep that fucking moron away from the nuclear codes.”

The White House counsel Don McGahn was heard to say, “Hell, Perry Mason couldn’t keep this clown out of jail. I’m out.”

The staff is reported to have done several things before they departed. According to one source, “We took the labels off all the light switches. And the guy who handles the nuclear football replaced it with a suitcase containing a Remco Radar Rocket Cannon. He’ll never know the difference.” 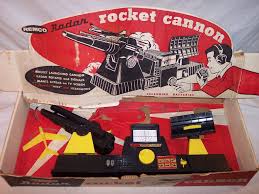 The housekeeping staff is reported to have short-sheeted Trump’s bed, put shaving cream on the earpiece of the phone in the Oval Office, and nailed all the furniture in the Lincoln bedroom to the ceiling.

The head White House Chef was quoted as saying, “I’ve had it. I give up. I mean, I’m a 4 Star Michelin chef for Christ’s sake! And all I do is pour ketchup over burnt steaks! I once served him a gourmet hamburger that won a James Beard award. And do you know what he did? He threw it away and asked me to send out for McDonalds! McDONALDS! Are you kidding me?? Fuck him! I’m out.”

Jared Kushner and Ivanka Trump could not be reached for comment. They’re skiing in Colorado. Neither Donald Jr. or Eric Trump were asked for comments. None of the press outlets were interested in anything they had to say.

The formal resignation letter was delivered to the President’s desk at 9 AM. By noon, all the West Wing offices were vacant. The only remaining personnel are Steve Miller, Sarah Huckabee Sanders and Hope Hicks. According to Hicks, “somebody has to steam the President’s pants.”  An hour later, she was reported to have said “Screw it. Let him steam is own God Damn pants.” And she also quit. Miller was reportedly seen behind the White House pulling the wings off of small helpless insects. At 2 pm Sanders gave a press briefing to an empty White House press room.

According to a senior White House Correspondent, “Quite frankly, everything that comes out of her mouth is bullshit. So why bother? We just don’t care anymore.”

It has not been confirmed whether or not the President has seen the actual letter yet. It was reported on Fox News during one of the President’s “Executive Time-outs.” So far the President has only released one tweet: “Failing fake news says my whole staff quit! FAKE NEWS! SAD! All Hillary’s fault. Lock her up! NO COLLUSION!”

Special Counsel Robert Mueller is, however, still on the job

Hey, it could happen.

Feel free to pass this along on all social media outlets.

An due to wide demand. Again, Two Dogs Playing I Got Your Nose.