We lost power in a big wind and rain storm a few weeks ago. Our power was out for 24 hours but we didn’t suffer much at all. We have a generator that powers most of the house. We had most of our lights and our heat was on, as was our refrigerator and freezer. The toilets all flushed. So we were in pretty good shape.

Except that our internet was out, which meant no phones, no texting, no emails. Our only means of communication was our fax machine phone, which is a land line not connected to the cloud. So I could let people know that we were okay but would be incommunicado for a while.

Everything should have been fine. But we were freaked out! We have become so dependent on the internet that we went into a mini withdrawal. The newspapers we read obsessively are all online. Facebook is a valued part of my day. I’m used to being in constant contact with friends and family.

It’s weird how discombobulated we felt during our 24 hours offline. I read actual books and played games on my phone a lot. Tom watched MSNBC 24/7. So we adapted. 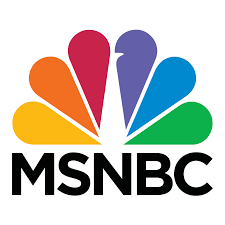 Flash forward a few weeks. We were expecting a blizzard with high accumulations of snow. We got snow but nowhere near the amount expected. Great. We dodged a bullet.

Except that the snow was very heavy and coated the trees that are all around us. Tree limbs were cracking like twigs all over the county, and probably the state. Power lines went down right and left. We lost power again, as did 40% of our town. Our trusty generator kicked right in, but, as usual, we did lose internet and phones. 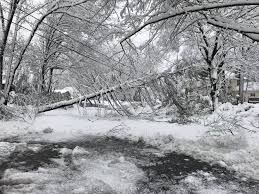 Initially we also lost our TV reception because the snow-covered our satellite dish. This was unacceptable to Tom. He could only take so much technology deprivation at one time. So he went outside, in the cold and dark, to try to McGyver the snow off our very tall roof. He decided he would use the garden hose to blast the snow off the satellite dish. It was a comedy of errors. One hose was broken. The other hose, that was on the wrong side of the house, was frozen to the house socket. He tried numerous other tactics, to no avail.

After an hour of freezing and lots of cursing, Tom gave up. He came back into the house, changed out of his cold and soaking wet clothes and sat down in his favorite chair. He was frustrated and defeated.

POOF! Suddenly the TV just came back on! The snow must have melted or fallen off of the satellite dish. We were back in business, TV wise. So Tom could get his news fix. But we still felt disconnected – literally and figuratively. We were going to have to hunker down and deal with it for up to two days before power was restored to our area.

But we were in much better shape than our friends a few streets away. They don’t have a generator. And my friend works from home so she can’t be without internet access. In addition, my friend’s mother has cancer and is on a feeding tube, which relies on power to work. Her power was also out. So my friend had to pack up her mom, with all her medications and medical equipment, and move to a hotel suite in a neighboring town. My friend could work there but the hotel doesn’t take dogs, so she had to put her dog in a kennel. What a mess!

Our backyard in the snow

When I was a kid, losing power was an adventure involving lots of candles and cooking over the fire in the fireplace. We often had to move food from our frig and freezer to a friend’s house who had power. We also had to try to bring water in from the swimming pool so we could flush our toilets. It was a hardship, but somehow we made it into a fun time working with our family to survive the crisis.

Today, without power, we are in the lap of luxury compared to the old days of my childhood. Yet somehow it feels worse. It’s no fun. It’s not an exciting challenge. It’s just a kind of isolation that is very uncomfortable. This is one time when I do miss the good old days!