I couldn’t have said it nearly as well — but this is a very good description for many of us these days. Brilliant, actually.

When Donald Trump was elected, I decided it was time to be the political commentator I’d wanted to be when I was sixteen. I’ll get a spot on Medium, I thought, and just tear the bastard up with my laser analysis and searing prose.

But within weeks, the guy became too disgusting for words. Every day, there was some horrible, gross, ignorant assault on our customs, values, law, civility, what we used to agree constituted basic decency, a man basically relieving himself on the country’s fine china.

So I turned my attention to people and things that knew how to act in polite company like me, for instance, and my dogs. But walking today, it came to me that Donald Trump, the sloppy, rude jerk that he is, had actually made me a better person and a better American. Here’s how.

First, I pay attention like I never have before.

Flower of the Day I got two blooms on my Christmas cactus. The first flower closed up this morning and the second opened this afternoon. By the time I remembered to grab my camera to take some pictures of what is probably the last flower for this year, it was late. Close to dark, really. … END_OF_DOCUMENT_TOKEN_TO_BE_REPLACED

The Golden Age of Rock Turns 50, 1968 by Rich Paschall Everyone will look back on their youth with the belief that the hit music of their time comprised the Golden Age of whatever genre was on top.  We will, of course, make the same claim. In fact every genre of our time hit the … END_OF_DOCUMENT_TOKEN_TO_BE_REPLACED

The weather finally broke and today was an exquisite spring day. Our maple tree is in bud. The buds are fat and red and this morning, the little red finch was sitting on a limb and the only way to tell he and the buds were different was that he was moving more than the … END_OF_DOCUMENT_TOKEN_TO_BE_REPLACED

A Photo a Week Challenge: Orange From Nancy Merrill: Orange is a really fun color to photograph. There are many things in nature that are orange: pumpkins, oranges, flowers. This little fellow really, really wanted to join his big brothers playing at the Christmas piano recital. Even though he was a little young to take … END_OF_DOCUMENT_TOKEN_TO_BE_REPLACED 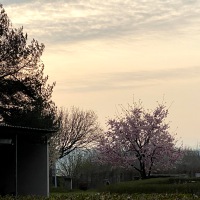 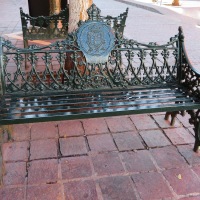