ROSES ARE RED AND SO IS MY BLOOD – Marilyn Armstrong

The weather finally broke and today was an exquisite spring day. Our maple tree is in bud. The buds are fat and red and this morning, the little red finch was sitting on a limb and the only way to tell he and the buds were different was that he was moving more than the twigs.

There was no point in trying to get a picture. It’s a really bad angle and there’s a big smudgy window in the way, full of dog-nose prints and the little gray lines of lint that rain drops leave behind.

You’d think the rain would clean the windows, wouldn’t you? It makes them even dirtier. And yesterday, it poured buckets for the entire day. Our sump and pump were in overdrive, but at least we didn’t flood.

When I got up this morning and opened the shades, the sky was robin’s egg blue with a few high cumulus clouds just to give a nice balance to the sky.

Today was it. Clean out the garden or die trying.

Last year, we did it in one day, but the terrible winter weather seems to have escalated growth.

The hard part of this experience is cutting back the hedge roses. When I bought these supposedly “miniature roses,” I was thinking “ah, lovely scented roses in my garden.” 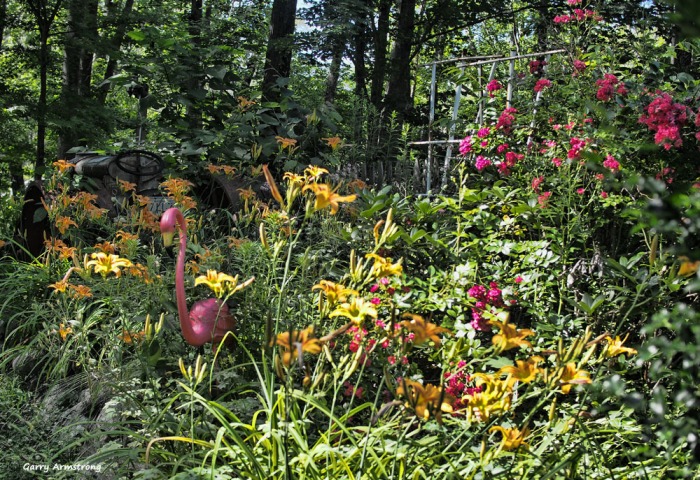 I was not thinking lethal, killer thorn bushes that were originally grown to keep burglars out of the yard. They could keep anyone out of the yard. They spread like crazy and for every rose, there are a thousand thorns. A barbed wire fence is friendlier than these roses, so pruning them is a job nobody wants, which is why I do it.

My son hates those roses. My husband thinks all the flowers are pretty, but he is no gardener. His father was a good gardener, but Garry didn’t inherit the gene — if there’s a gardening gene. 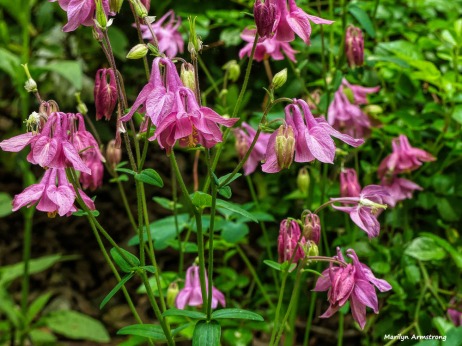 I like plants, but I really prefer looking at them to grappling with them … and then, there are the roses. Last year I trimmed them lightly and the result was barbed wire rose shoots everywhere. They also crawl along the ground and send up new shoots, by the way. We’ve got them in red and pink and they look very pretty in bloom. Not much scent, though. These are the barbed wire roses of old British country houses.

After I convinced Garry that no, he should NOT shower first, we went outside. I was armed with the expensive clippers I bought a couple of years ago.

Owen said I didn’t need them.”What’s wrong with the cheap ones?” Every year, I’m delighted to have them. They really cut cleanly and you don’t need to be a giant with brute strength to get them to lop off a branch.

I had to figure out how to get up to the bushes. Our garden is raised, but you have to remember which rocks you can stand on … and which ones are dodgy and might make the wall come down. I’m not exactly a good climber.

Basically, I cut every piece of rose-bush I could reach, being only 5’1″ tall. I got stabbed and torn. Like a true gardener, I wiped the blood off on my arms onto my jeans and lopped off another branch. If you think for a minute that they will not all regrow faster than I can say “what did I do with my shears?”, you’re wrong. These hedge roses are sturdier than the weeds. I should know because we have weeds. Serious ones. 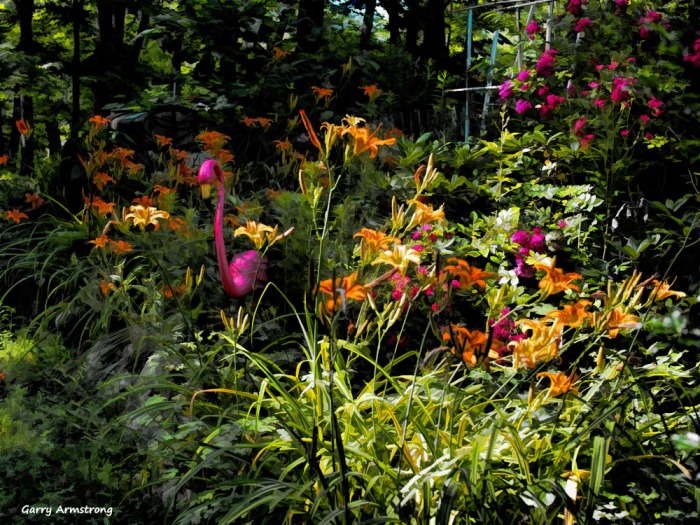 Garry got into the raking and dumping into the trash can. HE was wearing the leather work gloves, so I did the bleeding, but he did the bending. I guess that makes us even.

We didn’t finish. I also have a gigantic holly bush which I had to clip back. If I didn’t cut it back, we wouldn’t be able to get in and out of the yard. I couldn’t clip the top branches. Owen’s going to have to get to them. I’m too short. 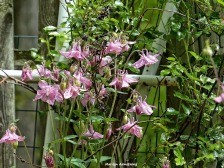 Then I had to dig out the well-head. It’s not a good idea to have your well buried in garden soil. No matter how hard you try, the dirt will sink into the well and your water will turn muddy. We have filters to keep out the dirt, but there’s more dirt than filters.

There were more earthworms than I’ve ever seen in one place. They kept popping up and I kept pushing them back into the dirt. I also tried the best I could to get the strangle weed cut back, but it’ll return. You can’t pull the roots out without the rocks falling down, so all I can do is cut them as close to the earth as possible and hope I can keep lopping them off as they come back. Which they will do. Soon.

When we were done for the day and too tired to do anything more, we agreed to finish up tomorrow. It too is supposed to be lovely. I managed to shear most of the sprouting killer roses and made it possible to walk past the holly without it grabbing you and hauling you into fairyland. You didn’t know there was a fairy kingdom in the middle of the giant holly bush?

Tomorrow will be easier. Mostly raking. I think an hour or two will do it for now. 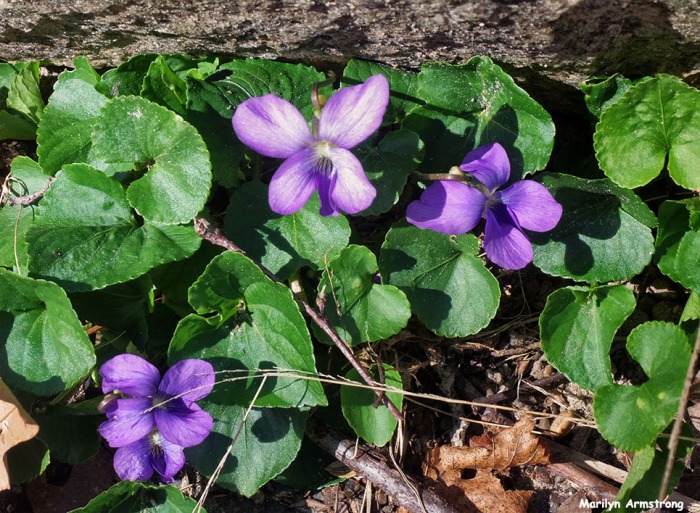 The flowers are on the way. While we worked, four dandelions bloomed and I swear the daffodils finally set some buds. We have lots of columbine coming up, too and tons of day lily flags. I think the awful weather actually improved the hardiness of the plants. If it made it through last winter, nothing will kill it.