THE DOGS OF MAY – Marilyn Armstrong

I was drying my hair in the bathroom and heard a noise out back that sounded remarkably like a dog messing around in “stuff.” I looked out the window — and there was Duke. In the backyard. Where he should not be able to go because the front yard is fully fenced.

So obviously, he’s jumping one of the areas of the fence but we have no idea where he’s doing the jump. The thing is, he doesn’t go anywhere. He just hangs around the property, which is okay. Except we have a lot of critters around here and he could take off and chase one. I’d rather that not happen. 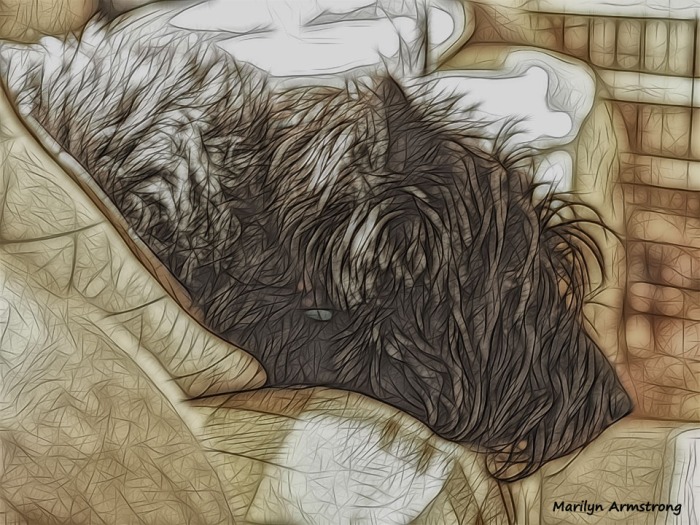 Coyotes and Fishers (they look like mink). Squirrels, rabbits, mice, rats, gophers, skunk … and a huge selection of flying creatures. Not to mention the occasional wildcat and deer. 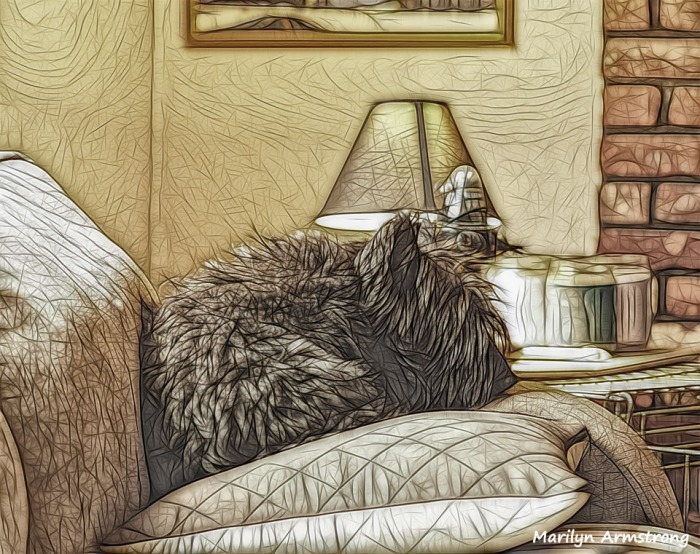 Before we can keep him IN the yard, we first have to figure out how he is getting out of it.

At least — unlike the terriers — he doesn’t head for parts unknown. He just hangs around the house. That’s something, right?