I fear we shall not see daffodils or tulips this year. Nonetheless, other flowers are blooming, or soon will be. It will not be a flowerless year. We are missing some of the early spring bulbs, but they will probably come back next year.

Because I’ve planted so many wildflowers, we have an abundance of them. I love wildflowers and always have. More than that, wildflowers are hardy — far more than garden flowers. Since I don’t have the energy to nurture delicate plants, I’m glad I dug up dozens of day lilies and put them in the garden. They will find a way to bloom. Although they are actually not native to this region, they have become a very common. They grow everywhere, in woods and along the roads throughout New England. I think their original home was in China or northern Asia.

The Solomon’s Seal is local. It was used medicinally and as food by native Americans. I just find it lovely. When I found a few of them in our woods, I moved them to a sunnier location where they bloom like mad, even this year, though they are not as big as they usually get. I think they started growing rather late. 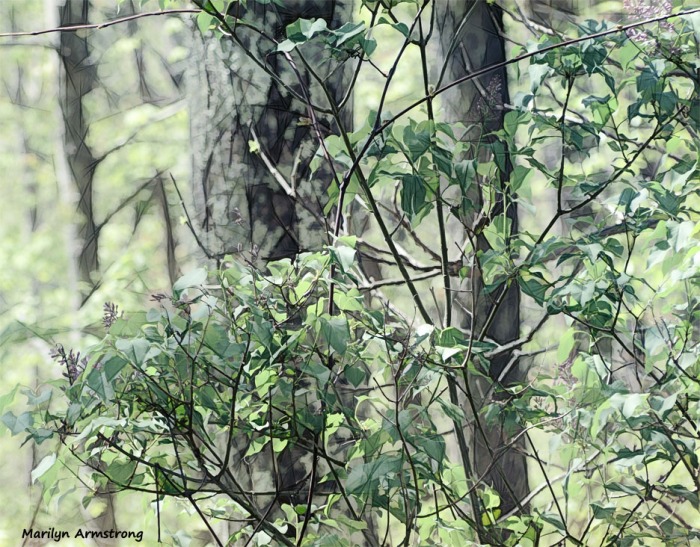 Budding lilacs a the very top of a tall tree. These are not bushes. Much too big for that. These are lilac trees!

Among other amazing things, we actually managed to get one some lilacs. They are the pale light lavender flowers, not the dark French ones.

The trees on which they grow are not in good shape. 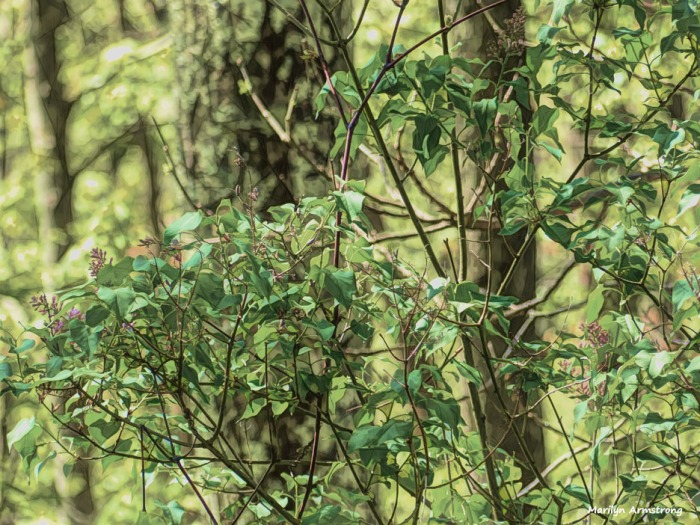 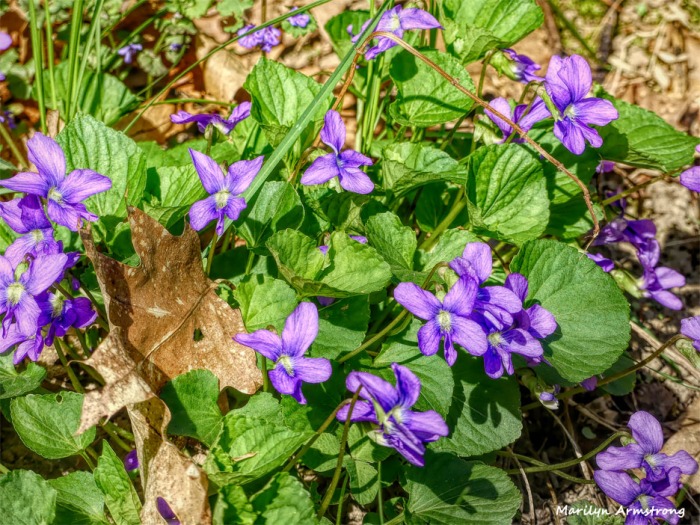 During the past three winters, it has been hit be at several falling trees. Another one got it in March. I need a chain saw to cut out the dead wood. With a little luck,  we might get new shoots from the ground up. 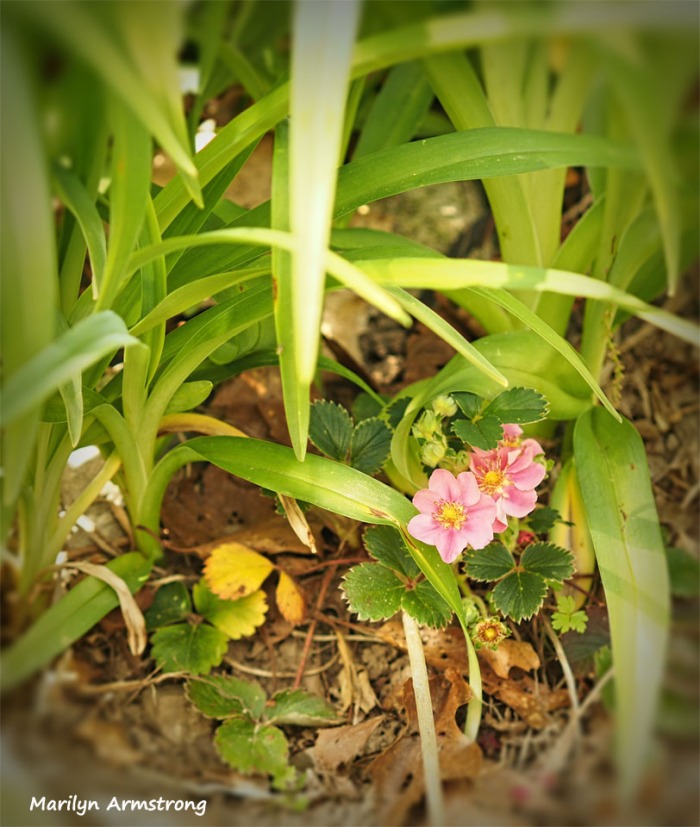 I am optimistic about the day lilies. There are dozens and dozens of stems, so I think they will bloom.

All the wild violets are brightly purple and I found two wild strawberry flowers. There is also a lot of columbine coming up and the roses look pretty healthy.

We will have a garden this year. Not quite the same garden we usually have, but a pretty garden.

The holly is sending forth oodles of baby berries. Considering that holly is known as a Christmas flower, it’s interesting it blooms early in spring. By Christmas, all the berries have been eaten by birds. I have to get  my Christmas pictures in late May and June.

Finally, there are the ferns. We have the most common of the ferns, literally known as “common ferns.” They are everywhere in the woods and wherever there is shade, they just show up. They grow under the steps to the deck, too and I like them, so I let them grow. In the fall, they all turn bright yellow and orange and make the woods beautiful. Sometimes, their colors are so rich they don’t look like real plants, but rather as if they were painted. Right now, they are just green … but they are back for another season.