BRICKS ON THE STOOP? – Marilyn Armstrong

What was (I hoped) a slight chance that our home insurer would reject our claim to fix our chimney became a much more solid reality when I got an 8 am call this morning. They are coming tomorrow to take a look at the roof. I need them to do that anyway because someone needs to go up there and see what’s happening and it sure won’t be Garry or me. Or, for that matter, Owen, who is afraid of heights.

What were the odds that this would be the month the chimney started falling apart? Slight? More than slight? If I could actually see the chimney from anywhere on the property I might have a better grip on it, but sadly, I don’t.

So here is the story. You’ve all heard it — or some similar version of it — before, so you are welcome to sing along.

Life comes in waves. One year, everything is about dogs or cats. Or bugs and the trees. Another year is an automotive year, as one car leaves and we need to start again. One year was about furniture. All the old stuff left and the new stuff arrived.

And from the backyard …

One year was plumbing. Pipes broke. Toilets and sinks were replaced. And the basement flooded.

Photo: Garry Armstrong – In the blizzard

This is “the house is crumbling” year. Last summer, we put in a new front door. Which was a very big deal. We also replaced the water heater — which was a huge deal and a financial wipe out. Oh, and then there was the washing machine and installing the lift chair, two minor and one not so minor car accidents — without any injury to life or limb, but considerable pain and suffering financially.

This year, we attacked the ants and the mice (who knew there were so many?) and the bathroom, at least to the extent we could afford it (so much more needs doing (sigh) — including the shower outlet and the lighting. The builder came and replaced the window in the front of the house and a good piece of the whole front wall of the house too. Also, the new vacuum cleaner arrived today, but we’re too tired to take it out of the box. 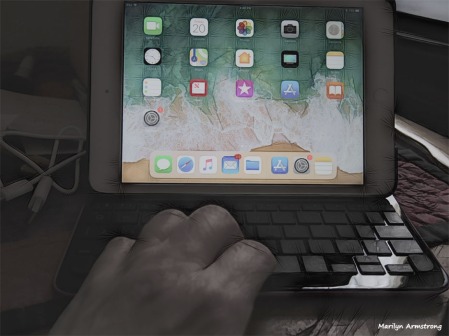 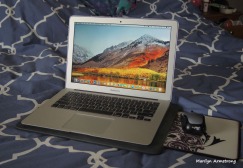 A computer sort of died — and new computers arrived. During this period of change, I have spent more time talking to people in customer and technical services than most people spend in the better part of a lifetime. I breathed a sigh and thought: “Maybe now we can relax for a while.”

Until  I found the bricks.

One more payment, honey, and it’s all ours!

I was coming in the front door yesterday and I looked down and saw bricks.

Bricks? There are no bricks in this house. It’s wood (or something related to wood), vinyl siding, and asbestos tile. Except … the chimney is brick. A part of the chimney was laying on the stoop.

What were bricks from our chimney doing on the front step? “This cannot be good,” I said to myself.

It’s hard to see the chimney. Even if you back up all the way to the fence, you can’t see the whole thing. I went inside and pondered the meaning of storms, blizzards, and wind events. How we had three huge storms in a single week in March. How the trees broke — and many remain broken — and how the branches flew around in hurricane-level winds.

Then, I collected myself, realized there was no reason why we should be different than everyone else who is replacing pieces of chimneys and roofs and siding. You live in New England and deal with the storms, physically and architecturally. The only remaining issue is who will pay for the repairs? It would be nice if it were insurance, for which we pay big bucks annually, but usually, it’s us.

Footsteps — mine — from house to road

This was a damaging, rough winter. March alone was worth two normal winters. I thought we had miraculously escaped serious damage. Not.

The bottom line? Was it “officially” storm damage or will they deem it something that was due for repair anyway? When I talked to the guy at the insurance company, he asked me if anything else had gone wrong “up there.” Like I would know? 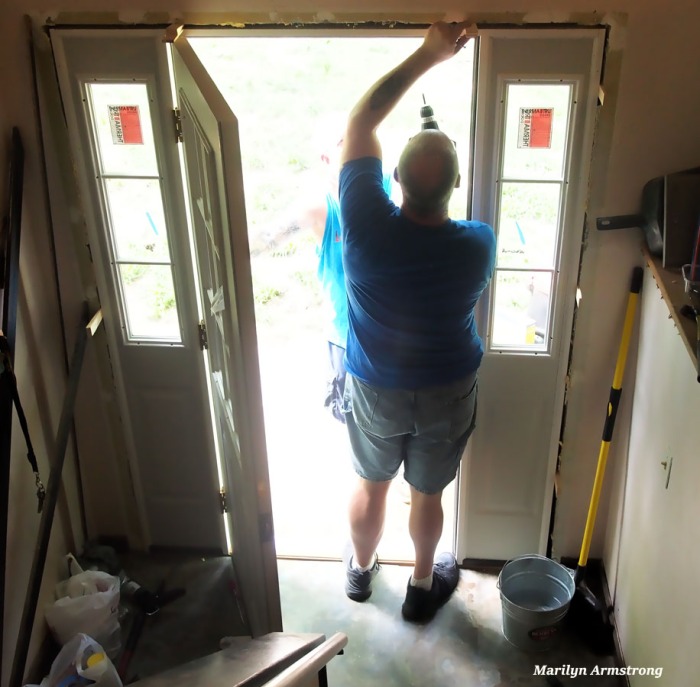 “I have absolutely no idea,” I assured him. “I’m 71 and my husband is 76 and neither of us is going up on the roof to look around. I’m pretty sure someone is going to have to go up there and see what happened. I know a big tree didn’t crash through the roof. I’d have noticed that. But did tiles blow off? And how much chimney is damaged? No idea.” 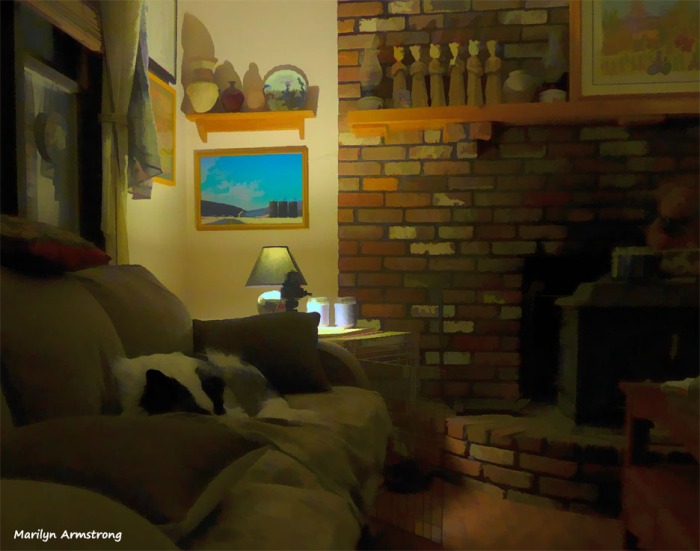 Oh the irony. We haven’t used our fireplaces for a long time because using the fireplaces raises heating costs. The heat from the fire turns off the thermostat. When the fire dies and the house gets cold enough to trigger the heat, it has to reheat the whole house.

We have terrific insulation and if we keep the house at a low, but even temperature — like about 68 — our heat costs half what it used to when we used fireplaces. It has been at least five years since we lit anything in either fireplace, so it is just one more piece of household money-pit irony that we need to fix chimneys we don’t use.

We got away with years of minimal repairs to the house. Mostly because we had no money. It’s amazing what you can live with when you’re broke. But we are in a bit better shape now — though by the time we’re through with this summer, I have a feeling we won’t be. Expensive summer just beginning.

I suppose it’s time to set it to rights, within the limits of what we can afford. I wish I thought insurance would pay for the chimney, but it’s unlikely. I suspect they already made the decision — and they haven’t even looked at it yet.