MAY WATER EVER FLOW – Marilyn Armstrong

There’s a lot of wetness when you live in a water shed. It flows over rocks and down the dams. It runs into little rivulets and bigger streams and sometimes, into the old canal. We have some lakes, too, including a very large one that has a Native American name that no one who didn’t grow up in this area can ever pronounce. Webster Lake, for Anglophones.

Autumn at the lake in Webster 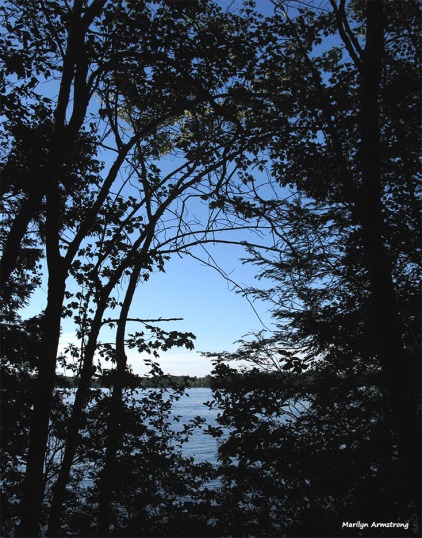 For valley natives,  it is Lake “Chargoggagoggmanchauggagoggchaubunagungamaugg” (/ˌleɪk tʃɚˈɡɒɡəɡɒɡ ˌmænˈtʃɔːɡəɡɒɡ tʃəˌbʌnəˈɡʌŋɡəmɔːɡ/). This is a 45-letter alternative title is frequently called the longest place-name in the United States. If there’s a longer one, no one has yet told me what it might be.

It is also one of the longest place-names in any language.

I grew up in New York. The city part of the state and the nearest “water” were the docks along the horribly polluted rivers. Thank Pete Seeger for helping fix that so that the Hudson River is no longer so polluted you could actually develop film in the water.

I lived in Queens and if we wanted to see water without someone driving us, we got on our bicycles and rode for a couple of hours to whatever were the nearest docks. There was a tiny little lake right by my high school, though. Beaver Dam. I’m assuming that once upon a time, there were beaver there. I suspect it is gone. It didn’t seem to have any inlets or outlets and that’s usually the end of a body of water. 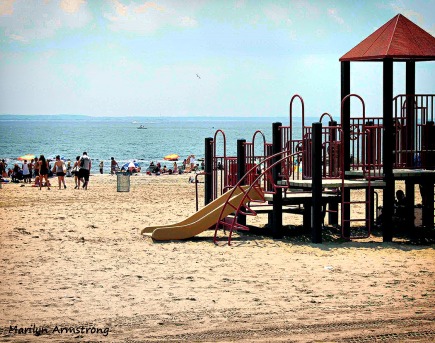 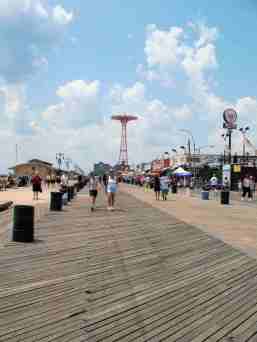 The Nathan’s hot dogs they sell in the grocery are NOTHING like the ones they sell at the original Nathan’s at Coney Island!

We never had flowing water locally. No streams, no rivers. We did have some large puddles and named them as if they were lakes, though we knew they were not. Still, they were the only thing we had, so we had to make do. 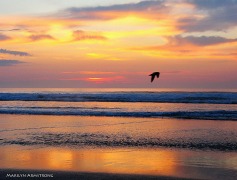 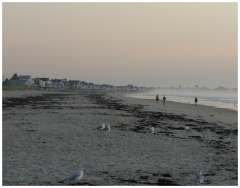 If we wanted an ocean, someone’s mother or father had to drive us to the beach. Mine was not a beach-going family. My mother had cancer in her 40s. Too much radiation, so she could not go into the sun. When she had no choice, she wore caftans and huge hats. They hadn’t invented sun-screen yet, but later, she would wear that, too.

Sunset at the marina

I liked the beach because my friends liked the beach. I loved the ocean itself and that crazy feeling of standing in the oceans, feeling the sand moving under your feet as the wave pulled out before the next rolled in. Otherwise, I never liked sand. It always got into places I thought sand didn’t belong. 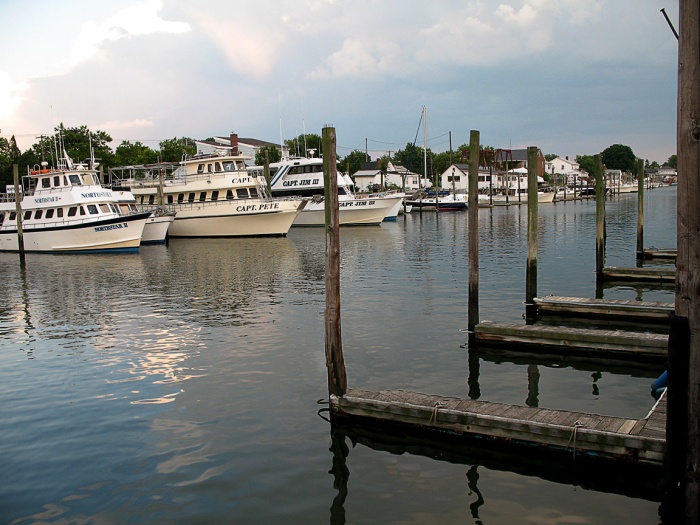 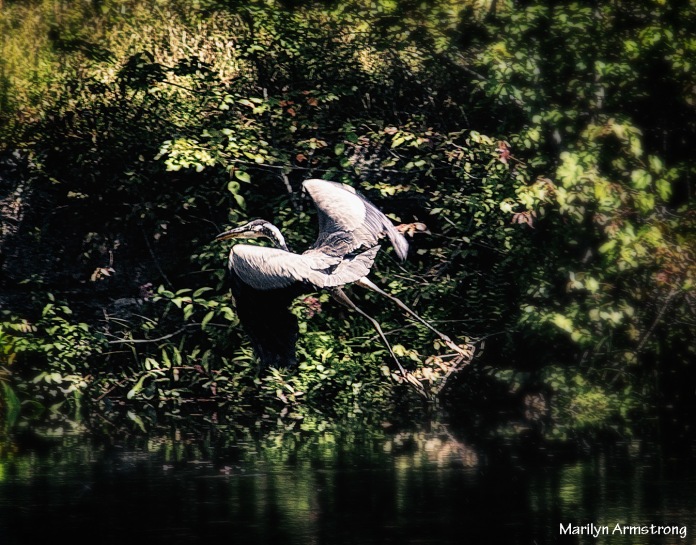 I remember burning my feet trying to walk barefoot to the car through the parking lots of Jones Beach. We didn’t have flip-flops then. I don’t think anyone had invented them. I don’t remember owning sandals until I was an adult.

I liked the ocean off-season better. I liked the mist on the ocean and an empty beach. No umbrellas, no couples rubbing each other with oil. No endless smell of hot dogs. 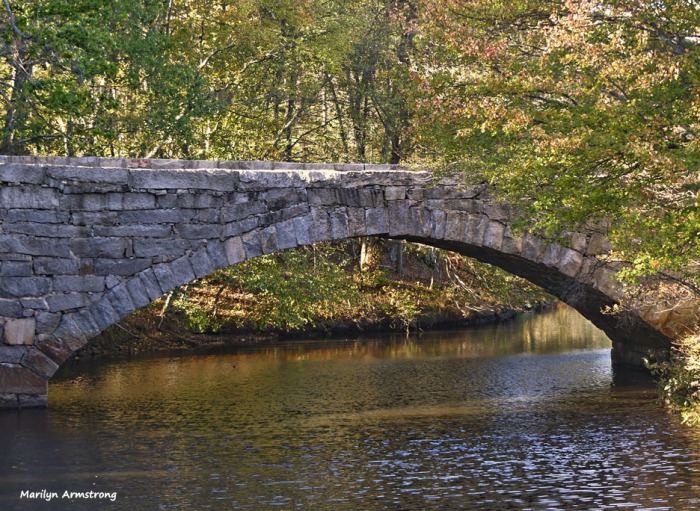 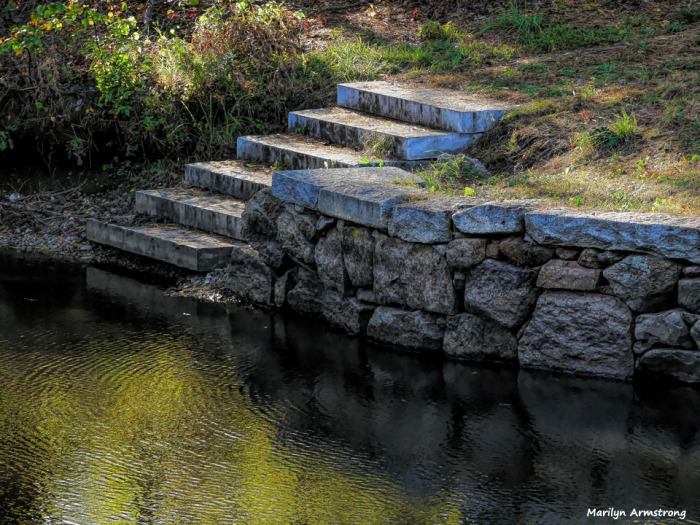 Those were the days when everyone wanted a tan. I never tanned. I got more and more freckled though and you’d think eventually they would meld into a tan, but nope. Once, I get a slightly orange hue to my skin I thought was my best tan ever. Garry — to whom I was then married — laughed hysterically. 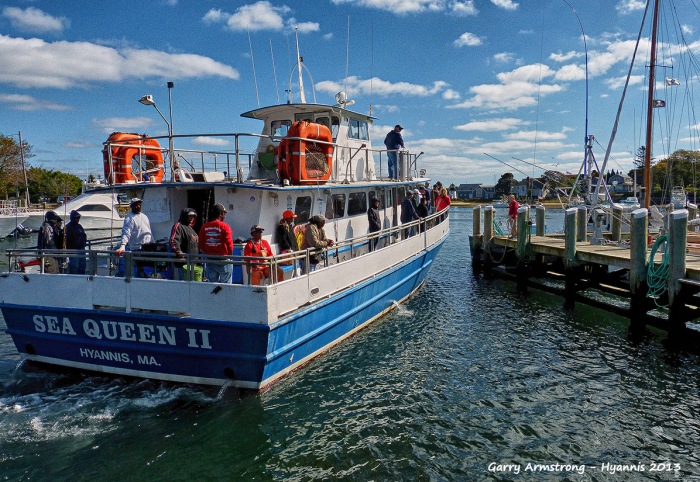 He used to have a contest with another Black friend about who could get the blackest over the course of the summer. Garry never won because there’s a lot of red in his skin. Probably those Irish grandparents, but Michael got really dark. I was this ghostly little thing and any attempt I made to get a golden tan resulted in days of pain and peeling.

Eventually, I gave up. I did get a sort of tan the year we went for our first cruise. Garry talked me into spending a couple of hours a week at a tanning salon so at least I would look tanned. It turns out those fake tans don’t keep you from burning, by the way. I got a terrible burn on a beach in Haiti even though I was wearing a t-shirt AND a hat — and had that fake tan. Water reflects sun upwards. Live and learn. 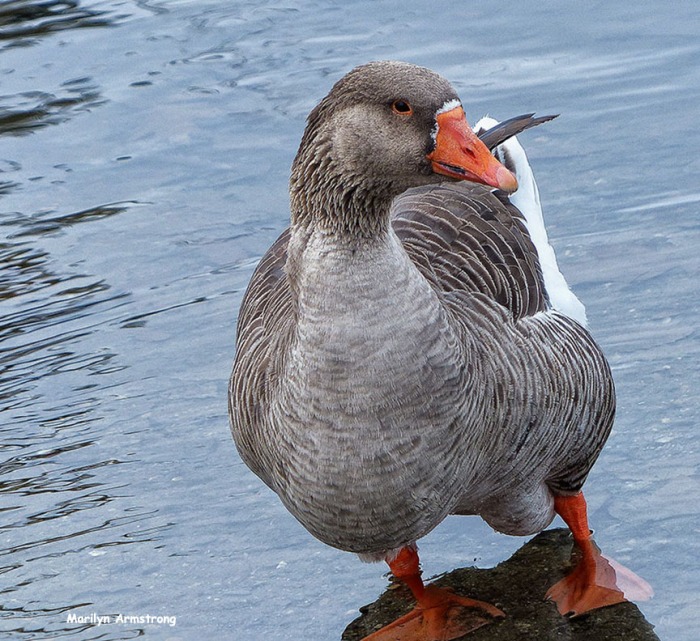 Local tame goose looking for something to eat

Those tans weren’t “real” anyway. They faded fast, but at least they weren’t as ugly as the spray. I did try one of those and it looked like I’d been heavily involved with orange paint I could not wash off. 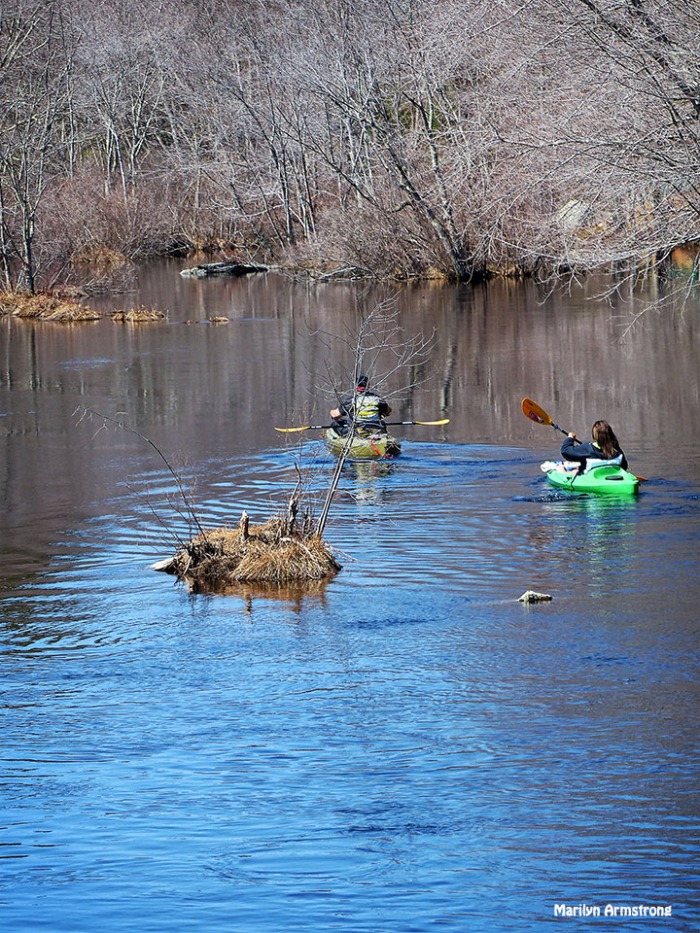 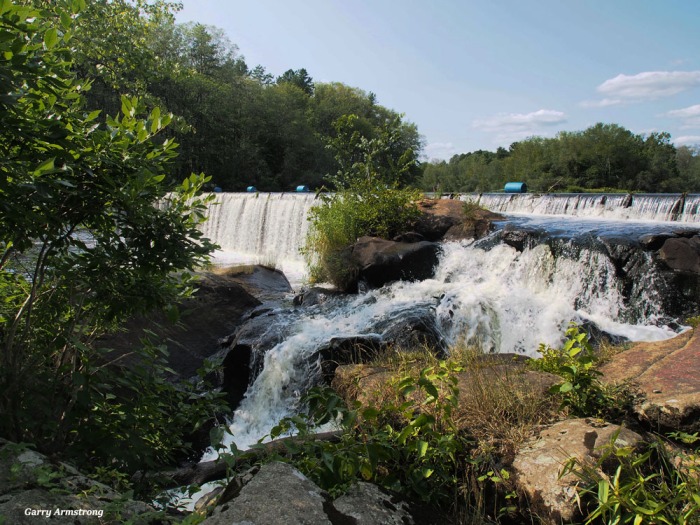 Living here, in the valley with the rivers, dams , waterfalls plus all the woodland … this suits me well. The rivers are shady and cool. Not for swimming, mostly.

There is either a minor pollution problem dating back to when the Blackstone was one of the most polluted rivers in the world … or there are so many snapping turtles if you treasure your toes, don’t dangle your bits in the water.

That’s okay. It’s great watching the herons, eagles, egrets, geese, ducks, swans and other waders pluck fish from the water. It’s sad when we have a drought and all you can see is mud and you wonder what has become of all those turtles and fish … and where have the eagles and the herons flown.

Yet the fish and the turtles and the water fowl come back, despite the bitter cold and the endless winter storms. They make new life and so far, the world spins on in the valley.