IN STARK CONTRAST TO EVERYTHING WE CLAIM TO STAND FOR, AMERICA ISN’T AMERICAN. NOT ANYMORE.

Watching our “officials” deny the undeniable — with the head of Homeland Security saying she hadn’t seen or heard anything about snatching children from their parents while on the split screen you could see it happening — America isn’t American.

Like most countries, we have plenty of dirty laundry. Slaughters of our Native Americans which was for many long years the actual policy of the U.S. government and its armed forces. Homemade concentration camps for Japanese citizens in World War II.

Then, there was slavery, the huge, bloody war we fought to (supposedly) end it. The neverending inequality and hatred that still remains and is still growing. 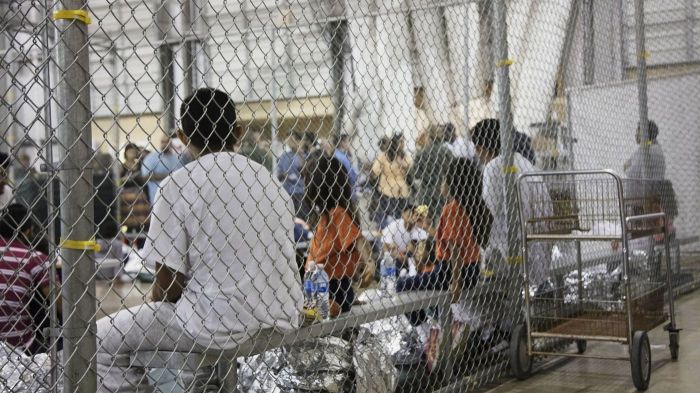 But what we are doing today, tearing kids away from their families and locking them in cages — especially after having fought our way through World War 2 to end such monstrous behavior — this is as evil as anything else we’ve ever done and I am ashamed to be American.

Someone else asked it this morning in a post: “So when do we start loading parents and kids on trains to those final camps?”

Because that’s what’s left. If we accept this as “Just Trump being Trump and it’s all a media lie,” then we are as bad as they are, as evil as they come. 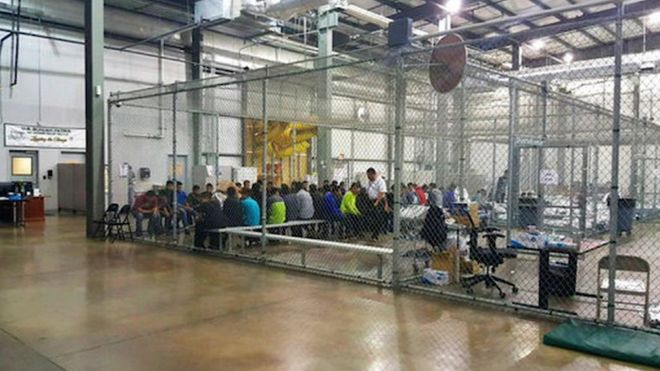 The authorities released this image of illegal migrants inside a large cage – reporters said they saw unaccompanied children in similar conditions.

If you have a line in the sand, some kind of conscience that screams “this is the line I cannot cross,” now would be a good time to look down at your feet and stop.

I don’t know how to live in this country anymore. I’m not sure I even want to — and I was born here as was my mother and father.