Are we still free?

As our “freedom” seems to be becoming increasingly less free with each passing day, I have to wonder about a lot of things I always accepted as true. Or close to true.

A friend told me a long time ago that one of the major differences between Europe and the U.S.A. was how we see our “freedom.” 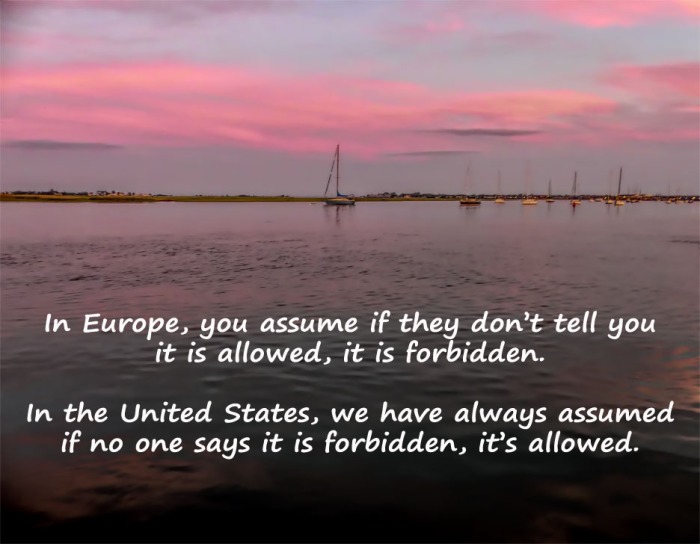 Is that still true? I have a feeling it isn’t. You think?

The U.S. was explored by Europeans.

Spanish, Italian, English mostly. French. Portuguese. The people who didn’t “explore and settle” were the Natives whose land it was. So if a lot of what came with those original “explorers” stuck, you guys stuck it here. It didn’t get born in this soil. It was European. Brought here by the greedy guts explorers who showed up in ships and did their worst. We are your descendants. YOUR descendants. You might consider that in the midst of your condemnation.

You brought it and this is what it became.