On the Brian Wilson “solo album,” as most seem to be calling it, Brian is only going solo on four of the 16 tracks,  When you consider that he is backed by a chorus of singers on those, then you may think he has more of a “Beach Boys” album than a solo affair.  The author of most of the Beach Boys hits, however, can not call it a Beach Boys album.  He doesn’t own the name. 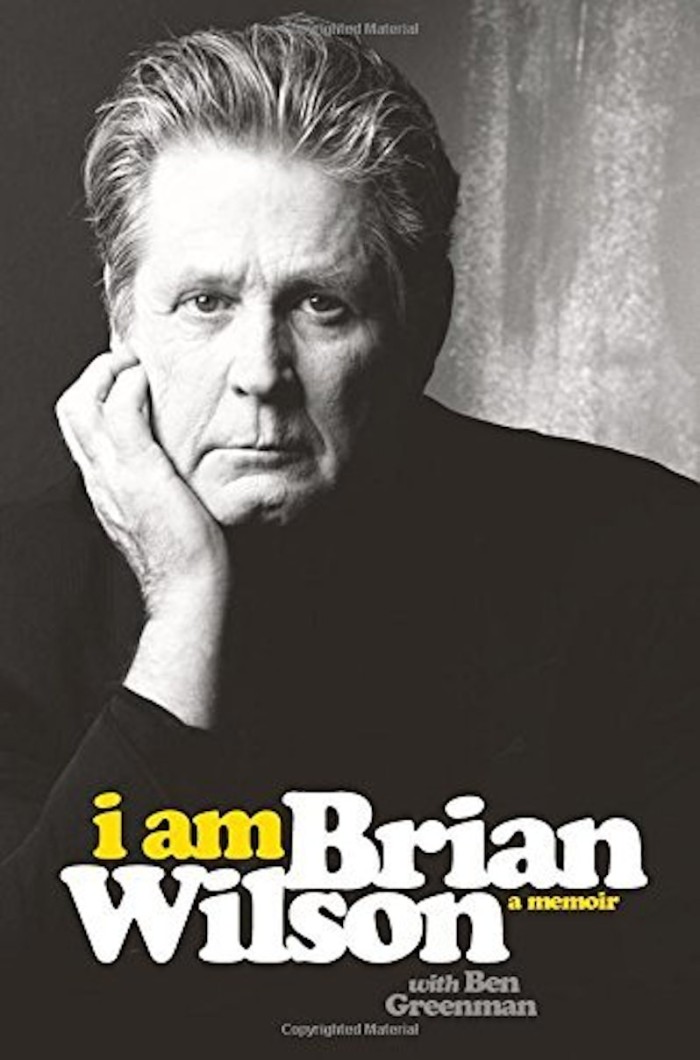 The first guest performer has a song that was not well received by most critics.  “Runaway Dancer,” featuring Sebu (part of the duo Capital Cities), is nothing like the other tracks.  It has a heavy dance beat that screams “pop record.” Yes, it is laden with Wilson vocal work.  Wilson’s own voice can clearly be heard throughout.  Perhaps the new direction can be attributed to the work of Sebu Simonian off-site.  Wilson’s demo was titled “Talk of the Town,” when it was sent to Sebu, who recorded his vocals at another studio.  Sebu is also credited with “Additional production,” which could mean a lot of things.  If critics wanted just another Beach Boys tune, they didn’t get it.

“On the Island” brings an almost Bosa Nova beat and some sun and sand to the album.  The song features the work of “She and Him,” which would be Zooey Deschanel on vocals and M. Ward on electric guitar.  Deschanel’s vocal is perfect for the tune about being “lost in this island nation.”

One track is given over to an instrumental, well sort of anyway.  A mellow piece of jazz shows up as the fifth track of the deluxe album.  The very sounds suggest sunset over “Half Moon Bay.”  The work features Mark Isham on horn, but the Wilson touch is there too.  Voices are blended throughout to create harmonies giving this a soft and warm feeling.  It is a break from the other type of soft harmonies Wilson has layered throughout the album.

In case you think I loved every bit of this album, I must confess to be mystified by the song “Our Special Love.”  The track may have been the one slated to go to Frank Ocean. Wilson canceled him out, explaining that Ocean wanted to rap his performance.  If you think a driving dance tune was not well received by hard-core Beach Boys fans, just imagine a rap tune.  Peter Hollens, a You Tube generation performer if ever there was one, shows up instead.  Little of Hollens can be heard on the track as Wilson takes the lead on the chorus and the overproduced harmonies just about drown out much of Hollens work.  I am not even convinced the verses fit well with the chorus.  The music, uncharacteristic of a Wilson song, does not blend as you come to expect.

On the other hand, the light-hearted “Guess You Had To Be There,” featuring Kacey Musgraves on the verses with Wilson leading the Chorus is a perfect mix. The happy sounding tune is not as layered or overproduced.  A banjo mixed into the song seems to go with Musgraves work and one wonders if that is indeed her touch.  The lyric could easily be a commentary by Wilson on the ending of the Beach Boys 50th Anniversary tour.  Anyway, it all seems to fit.

The most energetic and contemporary sounding track features Nate Ruess of Fun.  Just like he does with the work in his own group, Ruess energizes “Saturday Night” and turns in a spirited performance.  Given author and composer credit along with Wilson and Joe Bennett, Ruess has a spirited contribution for the album.  Here is the live Soundstage performance:

The final track of the album, “The Last Song,” was originally scheduled to go to Lana Del Ray.  When the list of songs finally came out, her name was not to be found.  At first, Wilson told interviewers that Del Ray had canceled them, but it turns out that she actually recorded the vocal the previous year.  It was ultimately decided that the nostalgic piece about looking back on a career seemed to suit Brian Wilson much more than Lana Del Ray.  Was it the swan song of the music master?  No, Wilson never seems to run out of tunes.