OK, this is becoming a series. I’ve been having a problem coming up with posts lately because every time I want to write a post about what’s going on in the news I realize I already wrote about it a year ago. Or two years ago. It happened again today.

Bob Woodward’s book “Fear” is coming out. It’s about the Trump White House.

It documents how the staff literally took documents off his desk so he wouldn’t sign them and do things like START WORLD WAR III!!!!

When they did, the prez forgot they had been on his desk at all. Basically, if they could distract him for five minutes, he’d forget what he was talking about or doing.  What does this have to do with me?

I wrote a JOKE BLOG about this over a year ago!!! Here it is.

M.A.D, MADMEN, AND THE FIVE MINUTE RULE
By Tom Curley

The talk this week is that our “So-called President” is insane has ramped up to 11 out of 10.

It’s all anyone in the news can talk about. The biggest worry, of course, is that this nut-job has access to the nuclear codes and could start a war in under five minutes. During the cold war, the US and Russia and China operated under the idea of M.A.D., aka “Mutually Assured Destruction.”

Nobody considered what would happen if an actual Madman was President. 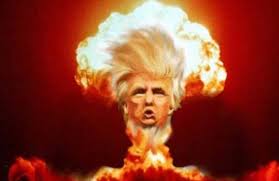 Everybody says nobody can stop him. That’s not quite true.

During the Nixon administration, towards the end, with Nixon drinking a lot and freaking out over Watergate, the Chief of Staff quietly put out an order. If the President ordered a nuclear strike or for that matter, any military strike check with him or the Secretary of Defense first. It was illegal, but they did it anyway.

Maybe the current Chief of Staff (right now, it’s John Kelly, but hell, that could change next week) might be doing the same thing. We don’t know.

But I have a couple of other ideas that might also work, a couple of options to get around the “I’m bored and in a bad mood. Let’s start a nuclear war” scenario.

In order to start a nuclear war, he has to get the nuclear codes. They are in a briefcase called “The Nuclear Football”.  An aide, whose sole job is to carry “The Football” around, has to bring it to him.

Here’s how it would go.

SCROTUS: I’m in a bad mood! I want to start a nuclear war! Bring me the nuclear football. 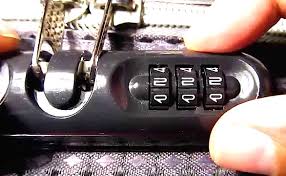 AIDE: Yes sir. You have to unlock it.

SCROTUS: I do? What’s the combination?

AIDE: I don’t know sir. You were supposed to reset it when you took office. President Obama was supposed to tell you that when he left office.

SCROTUS: I knew it! This is Obama’s fault!

Now the reason that his can work is because of “The Five Minute Rule.” He only has an attention span of about five minutes. After that, he gets bored or forgets what he was talking about and moves on to something else. Usually watching Fox News.

SCROTUS: I’m bored. What were we talking about?

AIDE: We were talking about how much “Fox and Friends” loves you, sir. 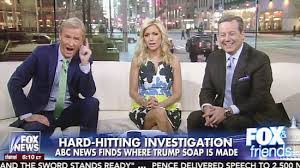 When he wants to start a nuclear war, we bring him an actual football.

SCROTUS: It is? It looks like a real football.

AIDE: It is a real football, sir. Just nuclear.

SCROTUS: How do I use it?

AIDE: You just go outside and shout out the name of the country or person you want to bomb and then you just throw that football as hard as you can.

SCROTUS goes outside, yells “Fuck Rosie O’Donnell and throws the football. A secret service agent catches it and runs away shouting “Rosie O’Donnell sucks!” and returns the football to the Chief of Staff’s office and puts it in the bin with all the other footballs — and the actual combination to the real “football.”

By now, about five minutes has gone by and the aide turns on Fox News.

Crazy you say? I agree. But when you’re dealing with crazy, you have to think crazy.

Barking Questions – If only we could bark a few answers!

Our dogs bark at us. They look us in the eyes, then they bark. So we have conversations with them.

Marilyn: ” Garry, do you know what he wants?”

Dogs look at each other, clearly frustrated. I’m sure they want something and apparently, whatever it is, it’s quite specific. I get when it’s food because then they bark at the plate or the fork or try very hard to get right in there and eat some. But the rest of it?

They need to learn to speak more people-like. Or we need to find a better way to ask them the bigger question. Why don’t you dogs speak English? Are you aliens? Do you have green cards? Are you guys legal?

I don’t regret the things I didn’t do, but I do wonder how the world would have turned had I done them.

There was the offer to join a group I think maybe I should have joined. I failed to fight an unfair judgment.

There were battles I didn’t fight and the roads I chose not to walk. The art I wanted and didn’t buy because of money when that money would mean nothing now. The friend who I couldn’t help at that moment. Could she wait a week or two until I got the baby settled? She couldn’t, didn’t, and I’ll never know if I might have made the difference. 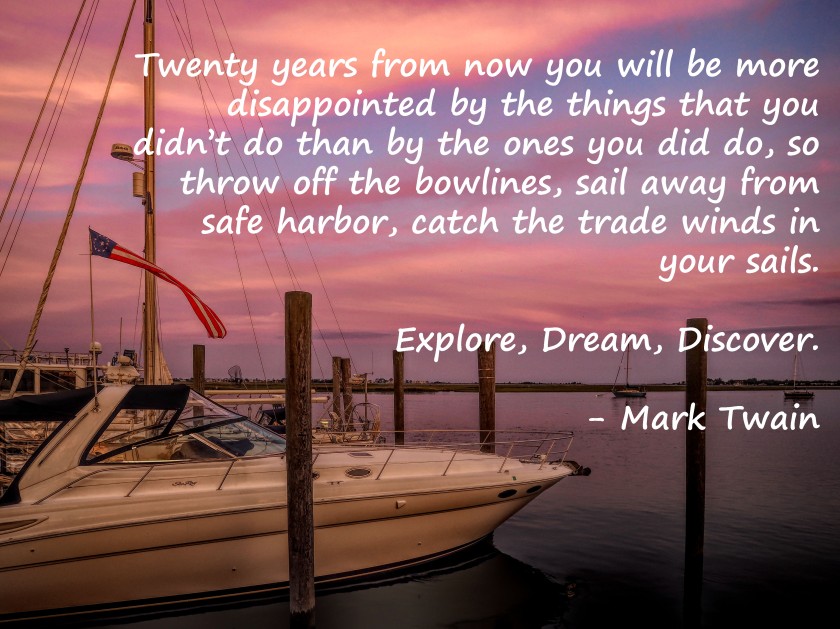 Another friend pointed out that I had once said Anna was the kind of person who never seemed fully engaged in life. He was not surprised she jumped. I was surprised. To this day, more than 50-years later, I remain surprised.

The time when a later-to-be-famous spiritual leader invited me to join him and I (7-months pregnant) didn’t see that as a direction in which I could go. Not right then and there. I said no.

Choices. So many. Often jumbled together into a short period of time, usually when I felt unable to make major changes. Was that a sign? Or was I merely over-cautious?

Life is choices, isn’t it?

When you say yes to one thing, you are inherently saying no to another. There’s no single “other” path to follow. We have an infinite number of paths on which we could walk. Each path will take you somewhere different and maybe that would have been a good place to be. Or possibly not.

Who knows whether the choices I made were the correct or only choice? Maybe any choice would have been right? Maybe I’d have ended in the same place regardless of which path I picked.

Do we end up where we need to be? Is this where I am supposed to be?

I know where I am is good and am content to be here. Overall, I think I’ve been remarkably lucky.

There was an amazing sunset one night over the river in Connecticut. It was deep pink on one end and bronze on the opposite side – a 360-degree sunset.