We went down to the river in Rhode Island today. We were looking for Autumn and thought it might be hiding along the river in Lewis Bleiweis Park.

It was or at least a bit of it was there. A few trees with red and yellow leaves and a giant pink shrub. The side streams were flowing very heavily and there were whirlpools in the river. 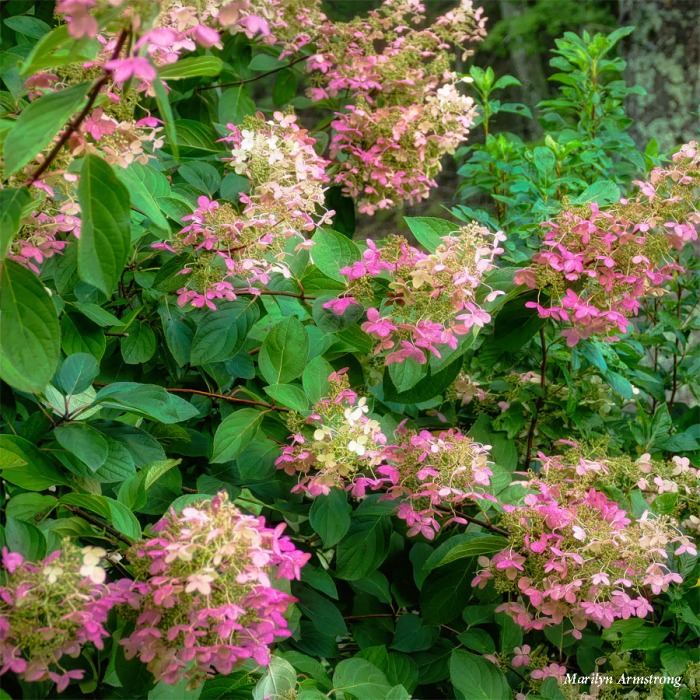 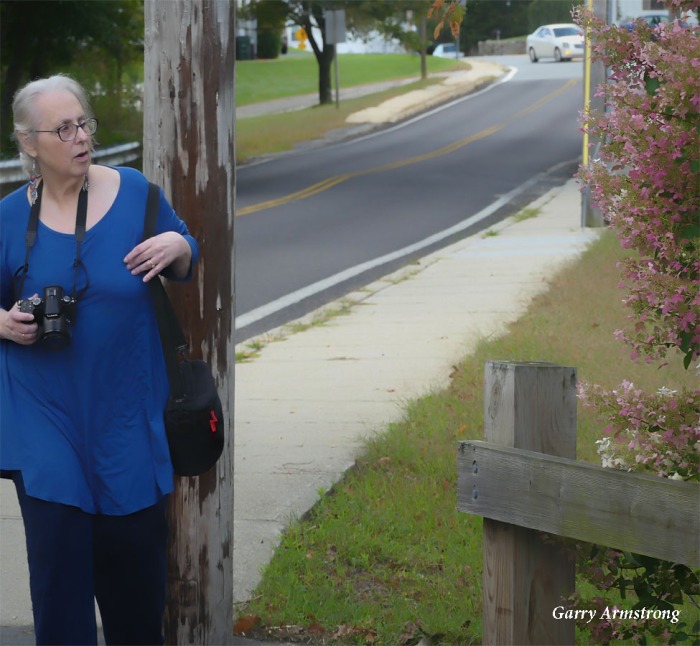 For now, for this last night of September, it’s all about the pink shrub (no, I don’t know what it is but I’m sure someone will recognize it) and me and my camera.