It’s actually cold tonight. It was raining earlier. We had a little tornado and the power went out for about an hour. And it’s the first night of the World Series, so we were really hoping the band of storms would move out to see.

In Douglas, yesterday this maple was very bright!

The path along the river – Photo: Garry Armstrong 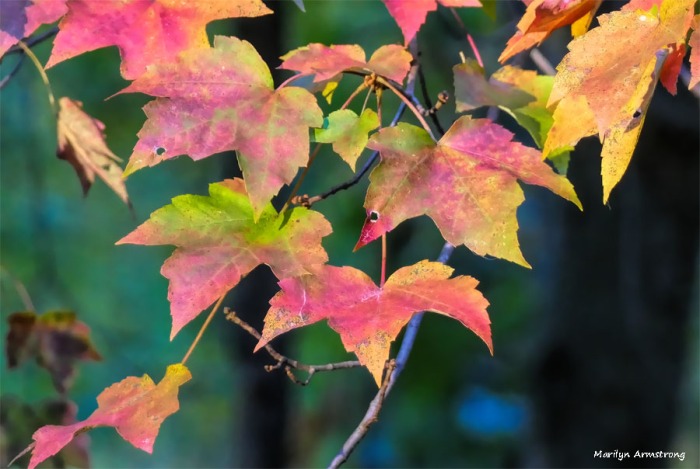 We got one and a half sunny days. Knowing how erratic our weather is, we went shooting on both days. Another day we went out, we managed to shoot during a sunny hour between the rains.