“Nounou,” inquired Angelique, “Why did Giles de Retz kill so many children?”

With these words, one of the world’s greatest series of historical fiction begins. It is a translation from French. I have been told that much was lost in a not-very-good translation. But I don’t read well enough in French. Once, I did, but that was a very long time ago. 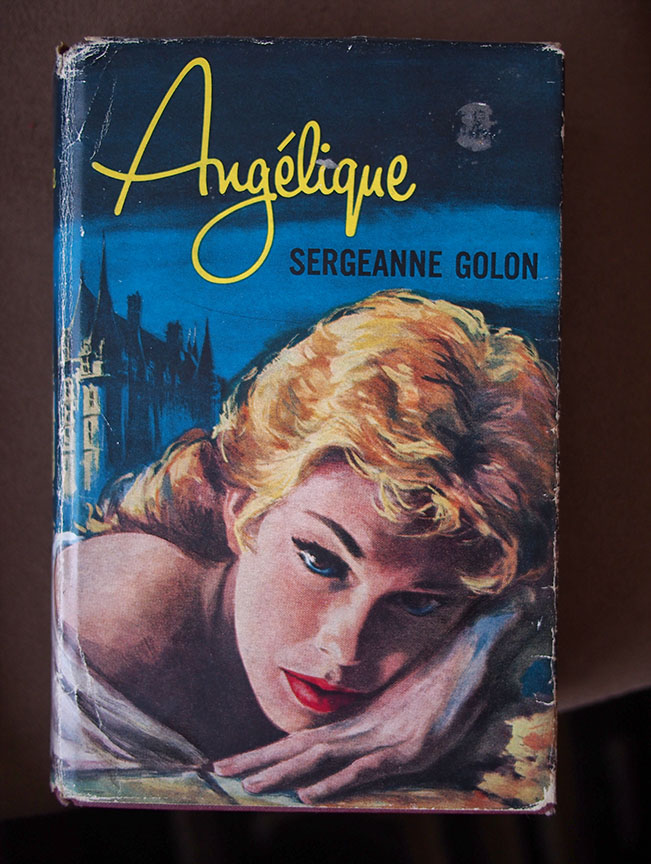 Nothing will change the way I feel about these books. Most were written long years ago. I read the first of them when I was 13. I still have the book, though the binding is broken and the pages are beginning to turn to dust.

The first book was published in 1957 and I read it in 1960. In those days, I lived in books. I didn’t have friends. I was too different. I’ve always been out of step. Sometimes, a lot, occasionally almost catching up with my peers. But back then … I was weird.

Then I met Angelique.

The fifth child of an impoverished country nobleman, Angélique de Sancé grows up in the Poitou marshlands, a region known as the “Green Venice”, halfway between the ocean and the forests. She is a free child, as one with the forest and the marshes, discovering nature’s healing secrets with the help of the witch Mélusine. Her logical destiny would be to marry a poor country nobleman, have children and spend her life fighting for a meager subsistence.

Destiny has other plans in store for her. At 17, when she returns from the convent where she has been getting an education, she finds herself betrothed to the wealthy count of Toulouse, Joffrey de Peyrac. He is 12 years her senior, lame, scarred and rumored to be a wizard.

from the review by Harvey Adkins

Angélique’s life and adventures inspired me and gave me courage. 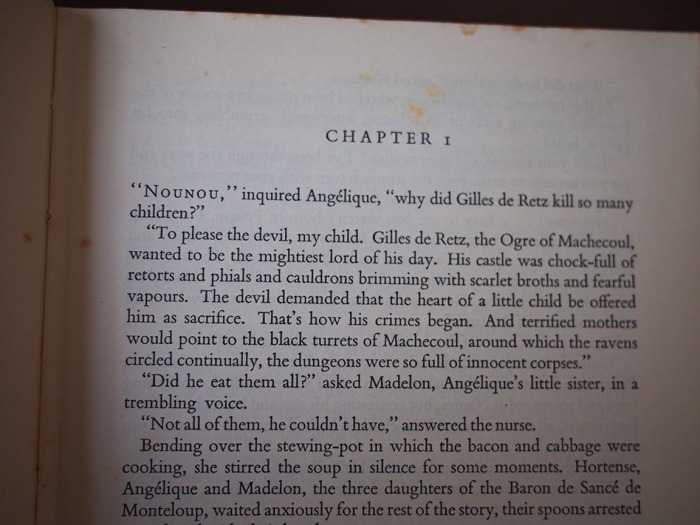 Thus the story begins. In subsequent volumes, they will take you through most of the world of Louis XIV. Joffrey becomes the love of Angélique’s life. After he is burned at the stake for heresy (and for being too politically powerful), Angélique finds herself homeless, penniless, with babies to protect in the underworld of Paris. Yet she rises up from the gutters back to the glittering court of Louis XIV. Confronts him on the murder of her husband, rebels against him, leads a group of Huguenots to the New World. Builds a colony, fights emissaries of the church and King to retain her freedom. Along the way, she has children — from a variety of fathers, including one resulting from rape — and one is murdered.

With all the power of Crown and Church arrayed against her, Angélique finds a way through and emerges victorious. Bowed, but never beaten. Her defeats are temporary setbacks, her triumphs change the world.

She is deathlessly beautiful. If you are a woman taking on the world, it’s never bad to have golden hair and hypnotic green eyes. But Angélique doesn’t win the day using sex. When she leads, she carries a gun and a sword. She will kill in defense of her own (and does). She will fight for her family, her home, her beliefs.

She became much more than a fictional character to me. At a time when female role models were few and far between, Angélique was fearless. Unstoppable. No simpering lady of fashion, she was tough. Smart. She suffered the worst life could dish out. She faced down unspeakable challenges. And there were casualties.

Back in the real world, author Anne Golan was fighting her publisher for the rights to her books.

Anne Golon was born 17 December 1921 as Simone Changeux in Toulon, France. She published her first novel at 18 as Joëlle Danterne. During World War II, she traveled by bicycle through France and Spain writing under various pen-names. She helped create France Magazine. Was sent to Africa as a journalist, where she met Vsevolod Sergeïvich Goloubinoff, her husband, Serge Golon.

They collaborated on Angélique. Anne wrote. Serge did the considerable research required by these surprisingly accurate books. The first book in the series was an astounding success. The books were credited to Serge and Anne Golon, (Sergeanne Golon), the names having been merged by publishers who were reluctant to print books written by women.

In 1972, Anne and Serge Golon went to Canada to continue research. Anne wrote Angélique and the Ghosts. Serge died.

Anne continued writing and raising her 4 children. Between 1972 and 1985, she wrote four more books. While battling Hachette for unpaid royalties and rights, Anne Golon lived in extreme poverty. She finally won, leaving her sole owner of the works.

These are the books which were translated into English:

The English translation of this series stopped abruptly with Angélique and the Ghosts. Anne Golon’s fans — like their fictional heroine — wanted to know what had happened to the author. We found her, in Paris, alive, well, and still writing. We learned — as of August, 2009 — there were three yet-untranslated books already in the series:

Ms. Golon also announced 2 more books: Royaume de France, (“Kingdom of France”) to follow Victoire, and a 15th and final volume, yet untitled. None of these has been translated. English-language readers — like me — have waited more than 35 years. An entire lifetime during which I have gone from adolescent to a senior citizen. 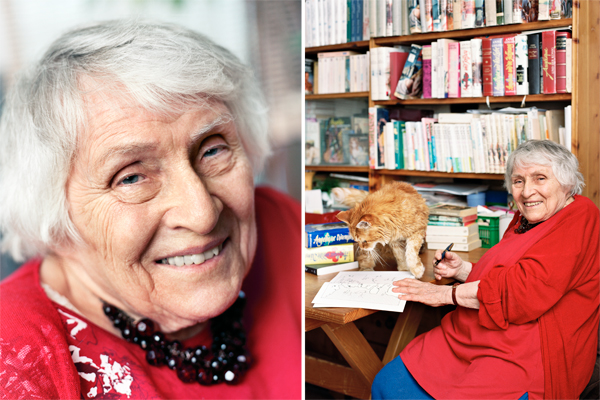 I’ve read thousands of books during these long years, but never lost hope for translations of the new Angélique book. Anne Golon is well into her 90s, but like Angélique herself, nothing short of Death himself can stop this remarkable woman.

The Angélique fan group to which I belonged fell apart some years back. There were deaths. Surviving members squabbled. You can still find information at Angélique Books.

It’s not easy to find intact copies of the books, but if you are interested, don’t give up. Amazon has some. ABE Books often has copies. And there’s eBay.

Maybe there will be new copies eventually. I hope to see them republished. Soon would be good, because none of us are getting any younger.

July 2017: I just read that Anne Golon passed away on Friday at the age of 95. She was writing until the end. She inspired me as a girl and instilled the belief I could do anything a man could do. She was a wind behind my back for a lifetime. If you read French, there is an article in Figaro here.