The Blackstone Valley Historical Corridor is a series of connected parks in and around the Blackstone River Valley. There are dozens of little, medium, and large parks.

The parks surround many dams, ponds, and lakes. There are bicycle paths, picnic tables, even a few areas where you can swim and many where you can kayak.

Everywhere there are benches, facing the falls, the lakes. My particular favorite place is on the Mumford River (a branch of the Blackstone) in the middle of Uxbridge. 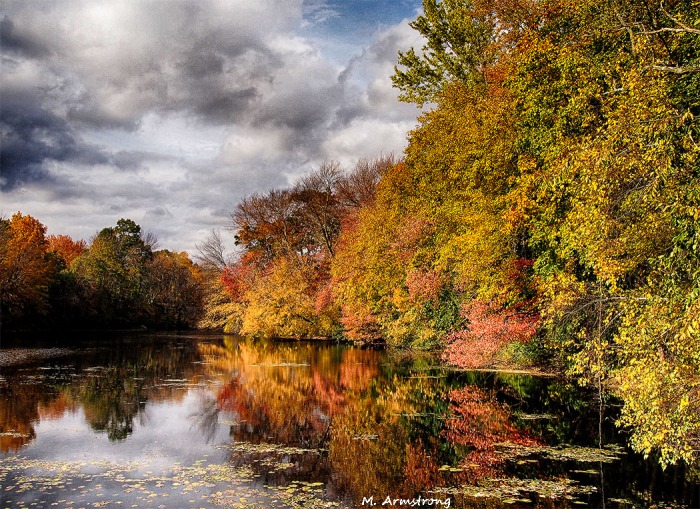 I love living in a town in which a river runs through the middle of town. Like Paris with the Seine, or London on the Thames.

Manchaug dam on the Blackstone – 2018

I have a lot of pictures of the dams, many taken in the fall because it’s the best time for pictures. Maybe not this year, but most years.