I know today is The Big Game and we’ll be watching it too. But in case you want to take a break — like during half-time which we avoid like the plague — here are some newly photographed birds.

Now, being serious (sort of) for a minute, you can’t tell which birds are which. When I get to the point where I know the woodpeckers and start giving them names, perhaps you’ll want to order an intervention. I’ll fight you on it, but you can try.

The doves have come and they stay in the feeder until it’s empty. We have really fat doves. Very fat doves.

A slate junco on the deck rail 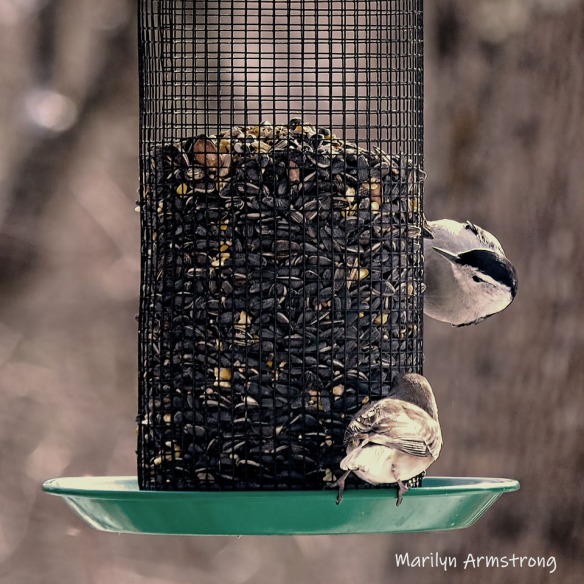 I think this is a nuthatch and a junco, but I can’t see clearly enough to be sure 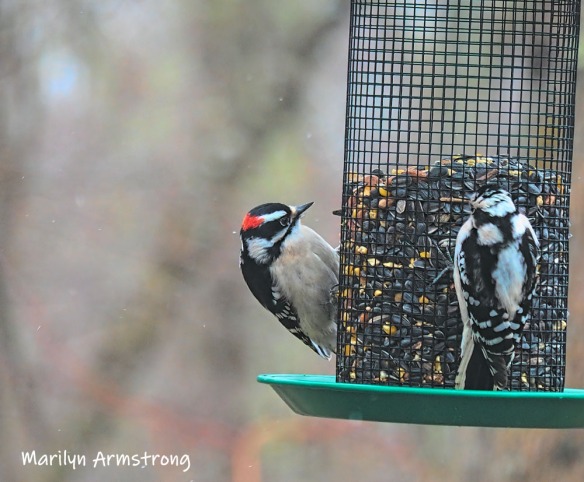 A pair of (I think) downy woodpeckers

And the cardinal popped in for a quick snack 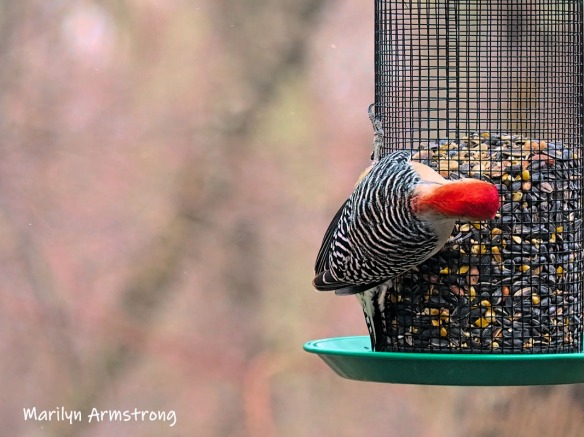 Another cute one of the ladderback

Woodpecker and a goldfinch 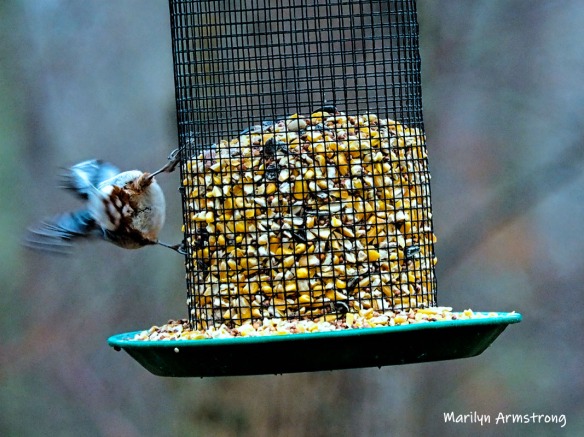 Dove sharing space with a junco, but not for long!